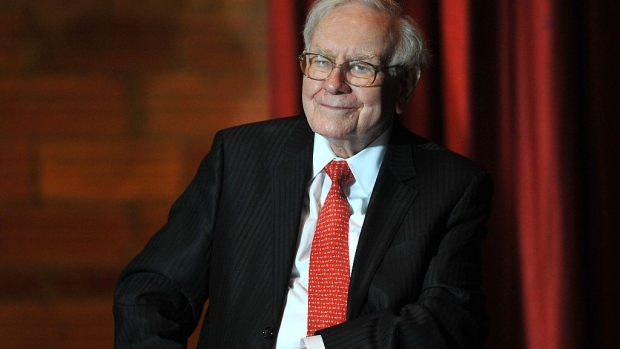 (Bloomberg) -- Editor’s Note: As more people are working from home, Bloomberg Pursuits is running a weekly Lunch Break column that will highlight a notable recipe from new cookbooks and the hack that makes them genius.

Of all the dining experiences that people miss—countless, no doubt—one of the most singular, most impossible to recreate at home is a legitimate New York steakhouse. Although Peter Luger Steak House in Brooklyn, N.Y., has just announced that its Luger Burger and steak for two are now available to go, many of the city’s top places aren’t doing delivery: A just-charred strip steak does not show its best face after traveling in a take-out container. Even if it did, there’s no apron-clad server around to slice and serve that seared rib-eye as if it’s just for you.

Smith & Wollensky has no immediate plans to offer prime beef for takeout. But its famed Cajun Rib Steak is featured in a new cookbook that raises money for the hospitality industry. Serving New York: For All the People Who Make NYC Dining Unforgettable (self-published, $20) is the brainchild of writer Kristin Tice Studeman. She came up with the idea for the cookbook because she couldn’t support every single one of the Go Fund Me campaigns on her favorite restaurants’ home pages. “This felt like the best way to do something impactful,” she says.

Studeman reached out to more than 40 of her favorite chefs and dining spots, from Olmsted to Cote, Restaurant Daniel, and Momofuku and created the book. All proceeds will go to benefit Relief Opportunities for all Restaurants (ROAR) and the Robin Hood Foundation’s New York restaurant worker relief fund. The book, which went on sale on May 18, has raised $50,000 so far.

“We couldn’t have an NYC cookbook without representing the steakhouses that are an integral part of our restaurant community,” says Studeman. The book’s recipe for the Cajun Rib Steak is a bestseller at Smith & Wollensky; it is Warren Buffett’s go-to order.

“The sum of the Cajun Rib Steak is somehow greater than its parts,” says owner Alan Stillman, conjuring up memories. “It’s as emblematic a part of a Smith & Wollensky dining experience as our servers in khaki jackets, the brass plaques on the walls, or even the iconic green-and-white building.”

The steak in question is a bone-in rib cut plastered with smoky spices, ground peppers, and dried herbs, and then marinated both as a dry-rub and then in an oily bath to push through the flavors. It is then seared in a skillet to crusty excellence. Quality Branded’s chef-partner Craig Koketsu says the steak also works well—better, in fact—if it’s grilled, for those standing near a grill on Memorial Day Weekend.

For her cookbook, Studeman asked for recipes made with ingredients that quarantined people might have on hand. Besides a very good rib steak, the other ingredients—spices, oil, vinegar—are generally hanging out in home pantries. This recipe yields additional spice mix, and here’s the secret: It’s an excellent, instant-burger seasoning. In fact, Cajun Burgers are an off-the-menu special at Smith & Wollenskey that you can now recreate at home, at least until its doors reopen.

In a small bowl, whisk together cayenne, chili powder, garlic powder, black and white pepper, onion powder, paprika, cumin, basil, oregano, and thyme. In a small skillet, toast the Cajun spice mix over medium heat, stirring continuously, until fragrant, about 3 minutes. Immediately return to the bowl to cool. Rub the steak generously on all sides with 2 to 3 tablespoons of the Cajun spice mix. Put the steak on a plate and refrigerate, uncovered, for 1 hour.

In a shallow bowl, combine the 2 cups oil with the onion, vinegar, sugar, the 1 tablespoon salt, and 1 tablespoon of Cajun spice mix. Add the steak to bowl, and turn to coat. If using skirt steak, cut in 3 pieces, so it fits in the skillet. If the marinade doesn’t cover the meat, stir in a little more oil. Cover and marinate in the refrigerator for at least 6 hours, and up to 48 hours.

Preheat the oven to 350F. Remove the steak from the marinade and season all over with salt. Heat the remaining 2 tablespoons of oil in a large ovenproof skillet over high heat. Add the steak and cook, flipping once, until charred on each side, 6 to 8 minutes total. If using skirt steak, cook in batches, if necessary. Transfer the skillet to the oven for 6 to 8 minutes for medium-rare meat. Transfer the steak to a cutting board and let rest for 10 minutes, then slice and serve.