What's driving the collapse in cryptocurrencies

Just as the euphoria surrounding bitcoin was peaking last December, Mark Dow decided to short the leading digital currency. Almost a year to the day, and after a more than 80 per cent decline from its record high price, Dow has closed out the trade. 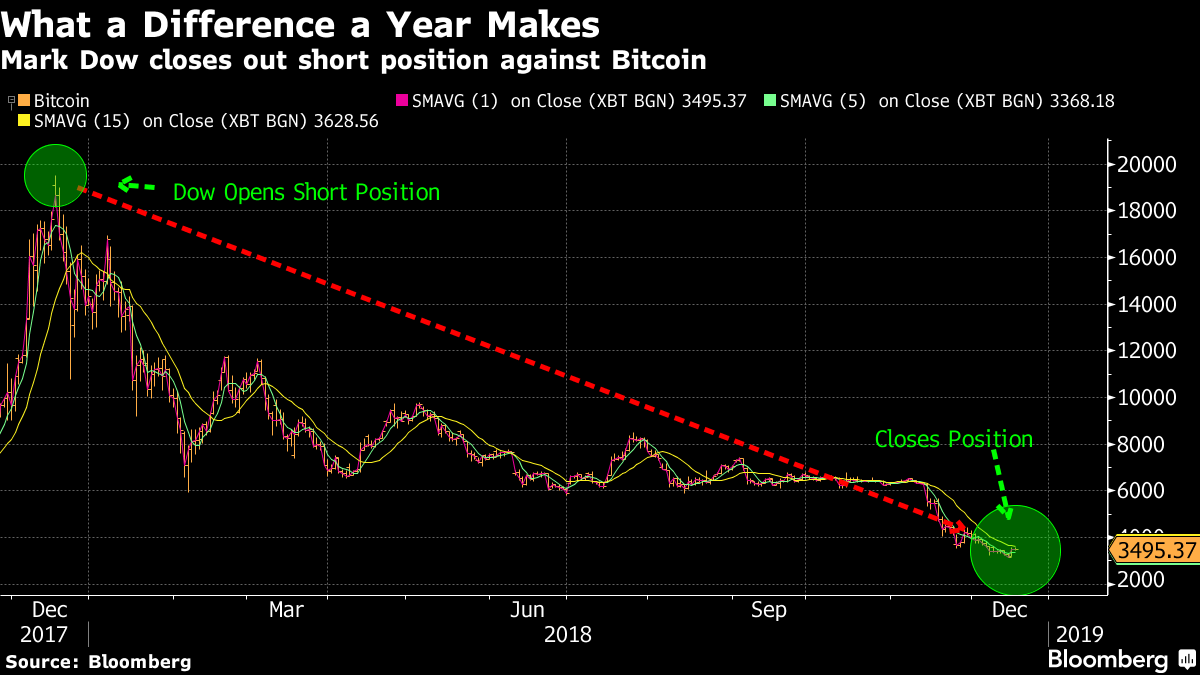 Dow, a former International Monetary Fund economist who manages a family office in Southern California, bet that bitcoin would decline in value right after bitcoin futures began trading, pushing the price to a high of US$19,511 exactly one year ago. Dow, who announced Tuesday on Twitter that he’s "saying goodbye" to the short, took profits twice already this year, he said.

The 2017 run-up in bitcoin’s price can partly be attributed to the fact that many people didn’t understand the currency or its underlying technology, blockchain, Dow said.

“They just saw it was going up and wanted a piece of it. People’s imaginations can run further when they’re not tethered to facts, when they don’t understand the issue," he said. "It allowed the bubble to be much larger and much more violent. I saw the psychological hallmarks of it and there came a point where it looked like the fever was breaking."

Bitcoin and its cryptocurrency peers have been beset by regulatory setbacks and losses have accelerated since Bitcoin Cash split in November, leading to a computing power arms race -- and a persistent downtrend.

"People buy into these assets because they believe the narrative, and you look at the asset prices to see if the narrative is weakening or changing,” Dow said. “It’s not easy -- you could be wrong, but that’s the sign you look for. But it doesn’t mean you’ll get it right."