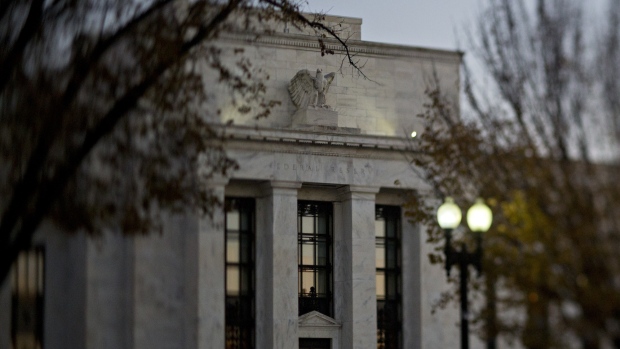 With the bond market pricing in at least one interest-rate cut by the Federal Reserve this year, there’s a debate whether such a move would only serve to benefit riskier assets. Federal Reserve Bank of Kansas City President Ester George recently said lower rates might spur asset price bubbles, create financial imbalances and eventually lead to a recession. Perhaps, but the cause-and-effect isn’t that simple.

In order to get a handle on this debate, we need to differentiate between an “insurance” cut and a “recession-reaction” cut. The first is a policy easing that successfully maintains the economic expansion. The 1995 rate cuts in reaction to slower growth were an effort to ensure a soft-landing for the economy after rate hikes the previous year. The 1998 rate cuts provided insurance against recession in reaction to the financial turmoil related to the Asian financial crisis. In both instances, riskier assets such as equities advanced in the wake of Fed action.

The stage is set for a similar rate cut this year. Although the Fed has stuck with a neutral, patient strategy, eschewing a preference for either rate hikes or cuts, I believe the risk is weighted toward a reduction. This might be insurance against slower inflation or to prevent further slowing of growth to keep the soft-landing story intact.

For example, with growth expected to ease toward trend this year, the Fed might become concerned that trade conflicts threaten to suppress growth more than forecast. Given soft inflation, policy makers could choose to cut rates as insurance against such downside risks. Alternatively, growth could slow faster than expected regardless of the trade war and also prompt a rate cut. The expectation of such an insurance cut appears already embedded in the bond market in the form of a mild inversion in the middle part of the yield curve.

To be supportive of risk assets, a rate cut would need to be sufficient enough to ensure that a recession is avoided. In other words, it needs to come before the point of no return in the business cycle. If the seeds of a recession are not only planted but are starting to grow, as was the case when the Fed cut rates in September 2007, risk assets are likely to take a hit regardless of what the central bank does. That’s what I call a “recession-reaction” cut. It comes simply too late to prevent the decline in profitability that would weigh on, for example, equities and corporate bonds.

There is an argument that if the Fed implemented an insurance cut, market participants would flee riskier assets out of fear that policy makers know something terrible about the economy that no one else knows. I am not swayed by such arguments. Generally, the Fed is reacting to economic news after market participants, not before.

Case in point was the final months of 2018, when the Fed continued with rate hikes despite market turmoil. What happened after the Fed shifted gears to a more dovish story? Markets rebounded. In effect, the Fed eased policy by pulling down the expected path of rates, and market participants responded as one might expect if the Fed was acting ahead of a recession. Market participants did not flee riskier assets on the belief that the Fed shifted gears because Chair Jerome Powell knew the economy was collapsing; they did the opposite because they believed the Fed would successfully support the expansion.

In the current environment, with the economy still on a clear upward trajectory, a rate cut is more about insurance than anything else, and I think the markets would respond positively. But if that cut comes too late in the cycle, then you probably will watch risk assets suffer in a recessionary environment.