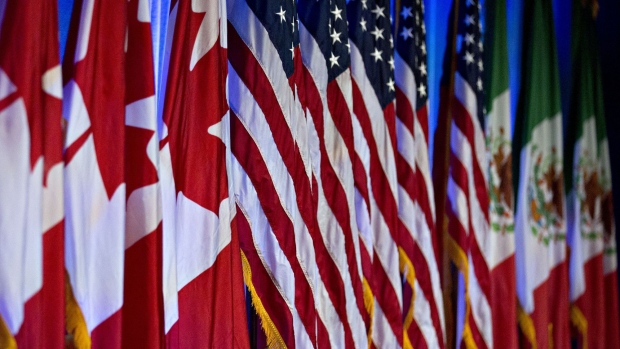 In October 2017, Ambassador Robert Lighthizer announced to a group of reporters gathered in his conference room that he wanted to change the political paradigm on trade. It was time to move past the days when deals were approved by a majority of Republicans with the help of a small number of Democrats.

“I know you’re all sitting there thinking it’s impossible — and you may be right — but, the day will come, I think, when you’ll come in and say ‘yeah, that’s precisely right, it could be done,’” Lighthizer said after the fourth round of negotiations for a rewrite of the North American Free Trade Agreement.

More than two years later, the three Nafta countries are gathering again on Tuesday for what many officials hope are the last signatures before their new deal — dubbed the U.S.-Mexico-Canada Agreement, or USMCA — can finally take effect.

So in a way, this is Lighthizer’s moment of truth: U.S. lawmakers are perhaps days away from a vote that may demonstrate whether he can successfully deliver a more bipartisan consensus.

But while the trade chief has done plenty to court Democrats with his union-friendly proposals, he never seemed particularly worried about Republican support for the agreement. The consequences of that choice will play out on the Senate floor over the next two weeks (although close observers don’t actually expect a great number of Republican defections given President Donald Trump’s resilient support from the party).

Still, some GOP senators have expressed concern about a number of provisions in the USMCA that signal a stark shift away from traditional Republican orthodoxy and that Lighthizer put forward to garner support from organized labor. They include a minimum wage requirement for auto plants, the elimination of protections for pharmaceutical companies, the removal of investor safeguards and strict labor enforcement rules. (Ironically, those same areas of concern by Republican lawmakers are what killed President Barack Obama’s Trans-Pacific Partnership.)

In his 2017 reporter roundtable, Lighthizer said the rebranded Nafta could be an “historic agreement” — and in many ways, he’s right. We’ve entered a new era of trade politics in which Democrats, who are preparing to impeach the president, appear willing to give him a big legislative victory on the eve of an election year — because, as House Speaker Nancy Pelosi put it Monday evening, “this is the right thing to do.”

U.K. businesses see a 46% probability that the country will leave the European Union with a deal next year, according to a Bank of England survey. The 2,987 respondents put a 16% chance on a departure without an agreement in 2020 and about a one-in-10 probability that it will never happen. The figures reflects the lack of clarity firms are still facing more than three years since the vote to leave.

To contact the author of this story: Jenny Leonard in Washington at jleonard67@bloomberg.net