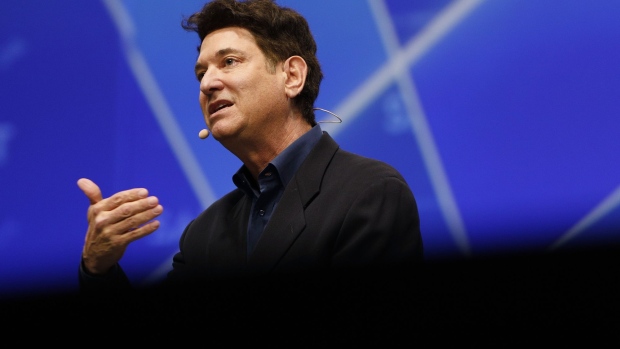 (Bloomberg) -- Consider this scenario: An investor at a venture capital firm pulls out his personal checkbook and makes a bet on a small but promising startup. Later, the VC firm he works for comes along and backs the same startup—increasing its value tenfold.

Is it fair? Personal investing, and the profit it can net individual investors, has long fueled debate in Silicon Valley and beyond. Some believe that personal bets are a good way for investors to get introduced to hot startups early, giving their firms a critical advantage. Others think that the potential for conflicts of interest is too high, given the incentive for VCs to promote startups they already own—possibly at higher valuations than warranted.

What is clear is that personal investing is common, including at top firms. Famous venture capitalists like Peter Thiel have done it, though he didn’t agree to an interview about the practice. And they’re joined by lesser-known investors at major VC firms including Alphabet Inc.’s GV, BlackRock Inc. and DST Global, according to public information and filings analyzed by Bloomberg. In at least a dozen cases, their firms subsequently used client money to back the same company.

As venture capital hits new records in 2021, the question of whether personal investments should be allowed is as relevant as ever. Angel and seed funding rounds—the kind of where individual investors place their bets rather than larger firms—have climbed. But the industry is far from a consensus on how to treat individual VCs’ deals, or whether to allow them at all.

In one example in the U.K., Tom Hulme, a general partner at GV, personally invested in Smol, a startup that delivers cleaning products. A few years later, in May 2021, GV participated in Smol’s $34 million funding round, boosting the value of Hulme’s investment. In another case, Mei Friedman, a managing director of private equity investments at BlackRock, invested in U.K. payments app Wise Plc, according to filings in early 2018, when the company was valued at $1.6 billion. In 2019, a separate unit of BlackRock invested in a $292 million funding round for Wise, valuing the startup at $3.5 billion.

More recently, at SoftBank Group Corp., home to the world's largest technology fund, senior executive Marcelo Claure invested $15 million into NFT startup Sorare in early 2021, according to people familiar with the investment. In September, SoftBank led a $680 million funding round valuing the French company at $4.3 billion. Another SoftBank executive, Deep Nishar, who recently said he would leave the firm, made an investment in artificial intelligence startup Petuum Inc. in 2016. Nishar championed SoftBank's own investment into Petuum a year later.

Both these investments were approved by SoftBank's compliance team, according to a person familiar with the deals. SoftBank has since changed its policy, requiring staff sell back their stakes at their original price (thus forgoing profits) to avoid conflicts of interest, the person added. A spokesperson for SoftBank declined to comment.

Proponents of personal investing say that it usually comes early in a company’s life—before a typical venture firm would get involved—and that personal checks can be one of the only ways to make a connection with young, promising startups. "The benefit is clearly that partners who are active in the earlier stage can bring probably better deals, can probably create a certain visibility for the fund in the early-stage community," said Thomas Hellmann, a professor at the University of Oxford’s Saïd Business School. "At this point I'm not aware of there being clear data and evidence that would suggest LPs should restrict this practice altogether."

Opponents of such deals believe that personal investments in startups could lead VCs to favor those companies during internal deliberations at their firms. Investors could also be motivated to push for higher valuations for startups they already own, boosting the value of their shares. And if VCs make too many personal bets, it has a tendency to rankle a firm’s investors, or limited partners.

“I’ve got a lot of problems with it,” said Richard Anton, general partner at venture investment firm Oxx and a past chairman of a trade group for the British venture capital industry. “When you’re kind of front-running in that sense it’s just inevitable that you as an individual, bringing that opportunity to the firm where you work, you’re going to give it more priority.”

VC firms haven’t always been consistent on how to handle personal deals. "We chose to implement a blanket policy that our [general partners] are not allowed to make direct personal private technology investments, whether side by side with our firm or otherwise," Marc Andreessen, co-founder of Andreessen Horowitz, wrote in a Quora blog post in 2012. More recently, Andreessen personally backed the Long Term Stock Exchange Inc., a startup in his firm’s portfolio that promotes long-term investing. A person familiar with the matter says Andreessen Horowitz has an advisory committee of fund investors that reviews potential conflicts of interest, including the kind that might arise from a partner’s personal investments.

Peter Thiel, another famed U.S. venture capitalist, has made a number of personal investments in the past. Those include Affirm Holdings Inc., Blend Labs Inc. and Asana Inc.—all of which his venture firm Founders Fund has also backed.

The most famous example of blending personal and firm interests comes courtesy of Jim Breyer, who in 2005 personally put $1 million into Facebook as part of a funding round led by Accel Partners, where he was a managing partner. By 2012, Breyer’s stake was worth $510 million. While the move was not front-running, some tech insiders thought Breyer’s gains should have gone to Accel’s investors, since the firm invested at the same time. A person familiar with the matter said Accel’s policies have evolved over time and that that type of deal would not be permitted today.

Breyer said that the practice is beneficial, arguing that such investments mean VCs are more invested in companies’ success. “I have always thought that having significant ‘skin in the game’ on funds and projects is an excellent thing for investors and limited partners because interests are aligned,” he said in an email.

Some VC firms allow private investing, but expect individuals to sell their shares to the firm at cost if it later invests with client money. That means the VC won’t lose money on their investment, but they also won’t see any returns outside of what the firm itself makes. For example, when Tim Bunting was a general partner at Balderton Capital, he invested in home-buying platform Nested, according to a December 2016 filing. Two years later, Nested raised 120 million pounds, with Balderton Capital participating in the investment, according to statements. Bunting sold his Nested shares to Balderton at the price he initially paid, according to a Balderton spokesperson.

The requirement to sell back shares is a common policy. But even with that and similar precautions in place, individual bets can still put off some investors in VC firms. Alan Feld, a managing partner at Vintage Investment Partners, said he’s avoided investing in some funds because of teams’ personal investments. If a fund’s investors do enough work outside of the firm, “their time ends up getting re-allocated to their own portfolio,” Feld said. “That becomes an issue.”

Laurel Bowden, a partner at 83North, said her firm has a policy of buying out partners’ prior investments at the price they paid. “We are very clear: If it’s anything where 83North could invest, then let 83North invest,” Bowden said. It “becomes tricky” if a VC makes too many personal investments, she said, “because then the partner is working for themselves.”