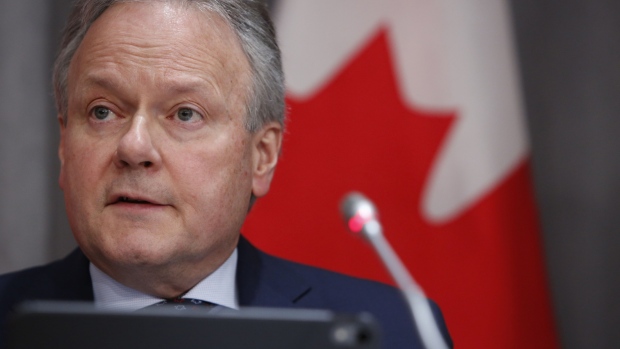 Stephen Poloz, governor of the Bank of Canada, speaks during a news conference in Ottawa, Ontario, Canada, on Wednesday, March 18, 2020. Poloz said that the Bank of Canada will factor in fiscal measures before setting rates. , David Kawai/Bloomberg