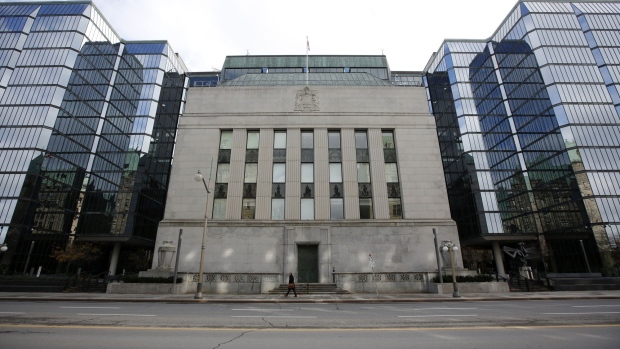 A pedestrian walks past the Bank of Canada building in Ottawa, Ontario, Canada, on Wednesday, Oct. 28, 2020. The Bank of Canada said the country's economy wont fully absorb slack in the economy before 2023, suggesting it will keep rates at near zero for the next few years. , Bloomberg