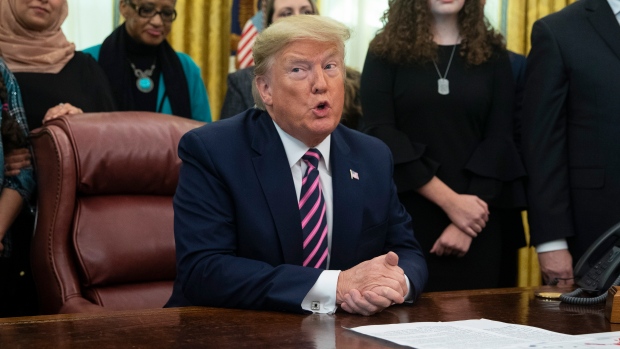 President Donald Trump speaks during an event on prayer in public schools, in the Oval Office of the White House, Thursday, Jan. 16, 2020, in Washington. , The Associated Press