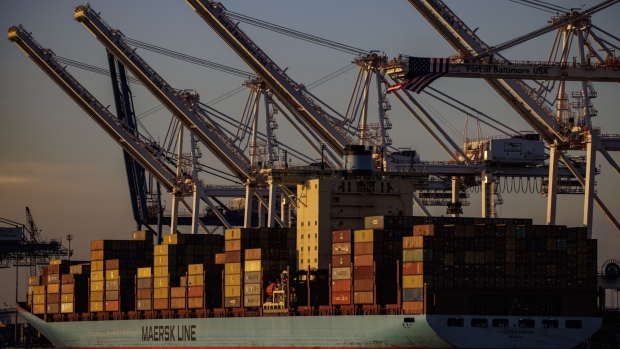 (Bloomberg) -- Dangerous, expensive disruptions to shipping and many of the world’s roughly 3,700 ports are on the rise along with global temperatures. These events will increasingly threaten the sea routes that convey 80% of traded goods by volume, according a new analysis published today by the nonprofit Environmental Defense Fund.

Encroaching waters and more powerful tropical storms top the list of risks. Although research on climate change’s impacts on the shipping industry is scant, catastrophic events in recent years together tell a concerning story, the authors write. Storms have repeatedly cost hundreds of millions or billions of dollars in damage to U.S. ports in the last 15 years. When a port slows down or closes as the result of a storm, backups can increase along supply chains.

Wind speed, rainfall and wave heights are all expected to increase with greenhouse-gas concentrations. Weather was responsible for at least 80 of the 400 vessel loses between 2015 and 2019. Losses killed 142 crew members during that period—33 in 2015, when a Category 4 hurricane felled a cargo ship in the Bahamas.

Havoc on land affects shippers, too. Drought in and around the Panama Canal in 2019 mandated a traffic slowdown that cost the shipping industry $300 million. Shorter-term disruptions from storms add up. Ships can use up to 150 tons of fuel a day, so if they have to be rerouted or face delays, the daily cost can reach $75,000.

Adaptation measures are expensive up front but cheaper in the long run in comparison to facing destructive changes, the report says. Elevating port infrastructure is a common response, along with seawalls, floodgates, breakwaters and drainage.

Shipping is responsible for about 20% of global emissions from transportation, a problem that’s drawing increasing attention from some major fleet owners. Cargo ships tend to run on oil that produces particularly high carbon-dioxide emissions, a critical logistical obstacle to fleets trying to help the world zero out emissions by mid-century. A.P. Moller-Maersk A/S this week announced it will work with six energy companies to quickly ramp up demand and production of methanol, a clean fuel made with renewable energy from hydrogen and CO₂.

The report, which was written for EDF by the nonprofit RTI International, draws on computer-model scenarios common in climate research that project, based on varying assumptions, future storm damages that are multiples of the estimated $3 billion a year that ports alone suffer now.

The report in one sentence lays bare a message generalizable far beyond this sector: Everybody’s greenhouse-gas emissions are essentially self-destructive. “Through these GHG emissions,” the authors write, “the maritime shipping industry is contributing to changes in global climate that will ultimately harm [the industry] itself.”