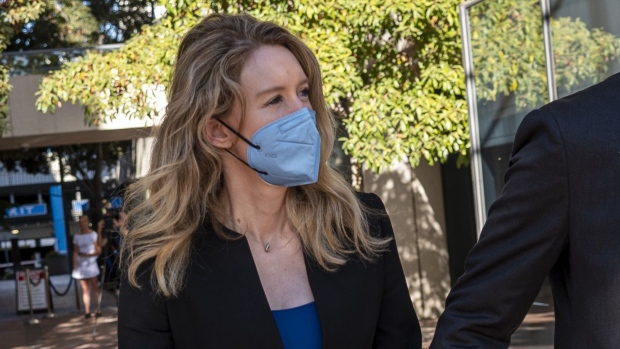 (Bloomberg) -- A former lab director at Theranos Inc. who is testifying against Elizabeth Holmes at her criminal fraud trial revealed that he was a source for the Wall Street Journal reporter whose stories led to the collapse of the blood-testing startup.

Adam Rosendorff has said he resigned from the company in late 2014 because he found Holmes unwilling to address quality-control problems with Theranos machines. He testified Monday that he later received a phone call from Journal reporter John Carreyrou and agreed to speak with the journalist off the record.

“I felt obligated to alert the public,” Rosendorff told jurors. “I didn’t quite know how I should do that. But when this opportunity presented itself I took advantage of it.”

Carreyrou published stories in the Journal in 2015 that triggered the company’s unraveling and followed up with the release in 2018 of “Bad Blood: Secrets and Lies in a Silicon Valley Startup.”

Carreyrou didn’t immediately respond to an emailed request for comment.