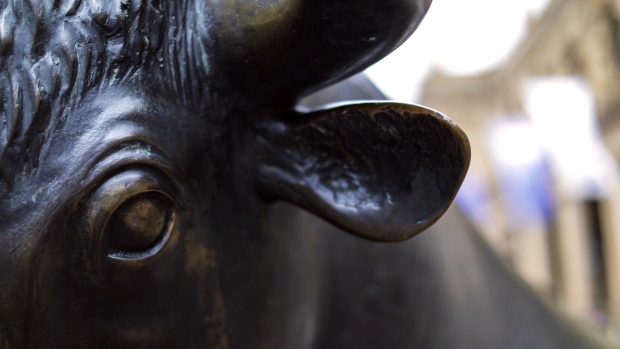 You’ve never had to look far during the COVID crisis to find displays of cold-blooded logic among stock investors. The latest centers on the potential benefits to corporate earnings in rising unemployment.

It’s a view getting a wider airing -- that job cuts are setting the stage for a swift rebound in profits. Conceivably, a leaner cost structure will allow companies to pocket more earnings from sales once the economy recovers, so the thinking goes.

While the theory can sound deaf to the suffering of millions of jobless Americans, there’s precedent, including the last recession, which came before an 11-year bull market. Dehumanization is already an inescapable narrative of the current rally, one dominated by asset-light, algorithmically optimized megacompanies that are soaring even as the virus lays low the economy.

“It does sound a little callous, but it always sounds that way in recession, and it is reality -- companies do cut costs to dig out of earnings recessions,” Adams said. “The reduction in expenses contributes to margin expansion for companies, which should allow for a stabilizing earnings outlook.”

While stock strategists are only doing their jobs pointing such things out, the scenario they’re describing accords with certain suspicions about the Wall Street value system -- that the rich get richer on the back of the poor, and companies prioritize shareholder value over employee well-being. Those issues have existed for decades and have been getting a fuller airing amid the COVID-19 pandemic and George Floyd protests.

Stocks have staged one of the biggest rallies in decades, adding as much as US$10 trillion since the March trough. That much wealth creation, equivalent to half of the U.S. gross domestic product, is a boon to shareholders, a group dominated by the affluent.

While quantifying the exact earnings lift isn’t easy, one way to gauge the benefit is tracking profit margins, which measure income expressed as a percentage of revenue. According to analysts’ estimates compiled by Bloomberg Intelligence, margins probably bottomed at 9.4% in the second quarter before jumping to 13 per cent and they will stay above 10 per cent over the next year.

Massive layoffs are reviving a long-standing debate on the investor-focused business model, which is seen by critics as putting profits over the wellbeing of employees and society as a whole. JPMorgan Chase & Co.’s Jamie Dimon and other top American CEOs pledged last year to temper this approach. There were times during the record-setting bull market that ended early this year that the S&P 500’s rally had beaten wage gains by the most in decades.

To be sure, the rush by some companies to cut costs can be hard to avoid when their survival is on the line. Going by the second-quarter reporting season that’s about to kick off next week, the earnings picture is the worst since the global financial crisis. All major S&P 500 industries except for utilities are expected to see profits contracting, with automakers and airlines suffering losses. Together, profits probably dropped 44 per cent, the most since 2008.

“You do have an obligation to the society to keep your employees happy, but my question is, how much is enough?” said Malcolm Polley, president and chief investment officer at Stewart Capital Advisors LLC. “It may sound crass, but you don’t keep people just to keep people. You do have a responsibility to stay profitable so you can hire people.”

While some firms like American Express Co. have vowed to avoid job cuts this year, others like AT&T Inc. and American Airlines Group Inc. have started a firing spree amid the virus-induced lockdown. Over a short span of two months, the unemployment rate across the country exploded to 15 per cent from the pre-pandemic half-century low of 3.5 per cent.

To preserve cash, billions of dollars of buybacks and dividends have also been shelved.

To Michael Shaoul, chief executive officer at Marketfield Asset Management LLC., while the pandemic has called for social responsibility, mixing that with market or economic analysis can be tricky.

“You do have to disassociate what you think about the world as a human being and what you think the economic implications and market implications are,” he said. “If you want to conflate the two, you probably aren’t going to do a great job on Wall Street, because our job is to understand what the market is doing.”