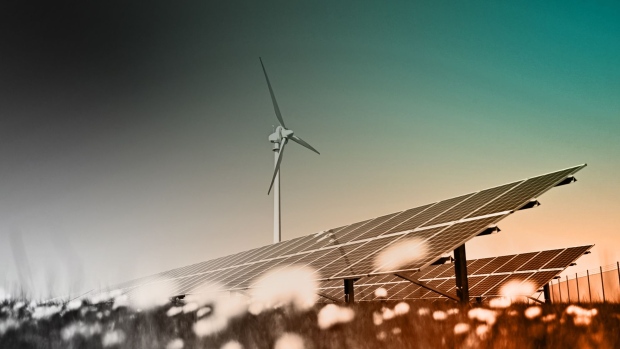 At the United Nations general assembly this week, the world’s two biggest emitters shuffled forward in the race to eliminate greenhouse gas emissions by 2050. China said it would stop building overseas coal power stations and the U.S. pledged to double its share of climate finance for poor countries.

While these announcements are long overdue and still far from enough to avoid catastrophic climate change, they’ve injected new momentum into negotiations leading up to high-stakes global climate talks coming up in Glasgow.

COP26 President Alok Sharma has said one of his goals for the meeting is to “consign coal to history,” in order to keep alive the chance of keeping global warming to 1.5 degrees Celsius. That’s the target of the landmark Paris Agreement and the temperature limit scientists say is needed to avoid the worst impacts of climate change.

But he’s met resistance from ministers all over the world, especially those reliant on the fossil fuel to power their economies. In July, Group of 20 energy ministers including China failed to reach any kind of agreement on ending coal. The decision was kicked to the G-20 leaders’ summit in Rome, which takes place immediately before COP.

Though President Xi Jinping’s announcement lacked details, it could potentially lead to a significant dent in the world’s coal pipeline. China supports 56% of the projects planned outside its own country and India, according to the Global Energy Monitor database.

"China's announcement is one of the most significant developments on the climate front this year, as it may well mark the end of overseas public financing for coal,” said Christine Shearer, program director at GEM. The move is a strong global signal that coal's days are numbered, she said, even if Xi didn't provide a deadline for the phase out.

The decision could spur other countries and companies to follow suit, further weakening the economics of investing in new projects as the cost of clean alternatives such as solar and wind drops, says Niklas Höhne, a partner at the NewClimate Institute. “Most of these coal-fired power plants, there's no way they could operate commercially, with the competition of renewables,” he said.

Similarly, the finance offered by U.S. President Joe Biden this week can help to unlock progress on cutting emissions. Countries like Bangladesh and Indonesia have said they’ll only be able to make deeper emissions cuts if rich countries deliver on their decades old pledge to mobilize $100 billion a year for developing nations.

Biden’s $11.4 billion pledge still has to be approved by Congress, and activists argue it doesn’t come close to the U.S.’s fair share for the fund. ODI, a think tank based in London, puts that figure closer to $43 billion, based on the U.S.’s wealth, emissions and population size. Still, the fact that Biden doubled his original contribution could help rebuild trust between rich and poor nations — something Sharma has said is crucial for a successful summit.

With the start of COP26 five weeks away, October will be a critical month for diplomacy, says Luca Bergamaschi, co-founder of the Italian climate think tank Ecco. He says the pressure now falls on Italy’s Prime Minister Mario Draghi to get an agreement on coal in Rome ahead of the Glasgow talks.

“UNGA has provided the momentum we needed on a number of fronts,’’ he said. “We need a successful G-20 for a successful COP, there is no other way around. Draghi's leadership will be key as a bridge between the East and the West.”