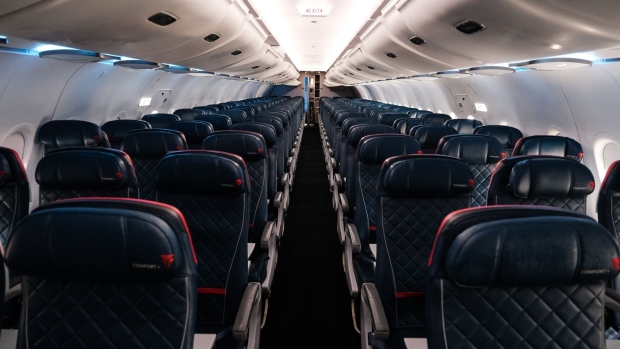 Chief executive officers and executives from every major American airline spoke this week at the Skift Global Forum, a virtual conference focused on the travel industry and—this year—its stunted rebound from the COVID-19 pandemic.

With only days remaining before the Oct. 1 deadline to extend Washington’s payroll support program, which has granted the sector US$25 billion in bailouts since March, the tone was generally more urgent than optimistic.

“I’ve been through 9/11, through the financial crisis, through restructuring, through our merger with US Airways and the Max grounding,” said Maya Leibman, executive vice president and chief information officer of American Airlines, “and I can say with certainty that this one takes the cake, in terms of crises.”

United Air Holdings CEO Scott Kirby warned that furloughs stemming from the expiration of payroll support could result in lapsed licenses for pilots and other certification-reliant staff, hampering the ability to “go from 50 to 100 overnight” when the lights turn back on. He added that 100,000 jobs were currently at risk and said things aren’t likely to improve significantly “until there’s a widespread vaccine.”

Ed Bastian, the CEO of Delta Air Lines, made long-term predictions: A considerable portion of business travel will be lost forever—but so will change fees.

Still, JetBlue Airways sees light at the end of the tunnel and says it may not require a vaccine or even extensive testing schemes. According to company President Joanna Geraghty, research by Harvard’s T.H. Chan School of Public Health could do a great deal for consumer confidence. The institution, she said, has found that the combined benefits of indoor mask wearing and HEPA air filtration systems yield a “less than 1 per cent risk of transmitting COVID in an aircraft.”

The Harvard study, sponsored by the aviation industry, appears to be ongoing; the CDC, meanwhile, released preliminary data this week showing that 11,000 people in the U.S. have been potentially exposed to the virus on flights.

Convincing travelers that it’s safe to fly could be a five-year battle, says the International Air Transport Association. However long it takes, one thing is clear: Aviation has the potential to return in better shape than before. Here’s how these carriers plan to do it, as summarized from their four panels.

Delta’s Bastian said that with 50 per cent of domestic flights operational and running at around 30 per cent of normal domestic passenger volume, the airline is seeing record-high customer service satisfaction scores. Before the pandemic, the average Net Promoter Score (NPS) for airlines was 44, on a scale of -100 to 100, measuring customer satisfaction via willingness to recommend a company’s product or services. In August, Delta’s score was 75, which Bastian credits to the airline’s commitment to mask compliance, electrostatic fogging, and blocking middle seats.

“All those steps are making a big difference in consumer confidence,” said Bastian. “Honestly, if you had asked me what the odds of Delta ever hitting a 75 in NPS, I’d say that’d be hard to imagine.”

The feedback indicates that some pandemic-borne policies may be worth holding on to. Nixed change fees may be a permanent change, along with the new antimicrobial TSA bins Delta airline introduced in five hubs earlier this month. “We’re trying to take what we can learn from this to make sure [that the positive feedback] continues on in the future,” Bastian said.

JetBlue’s Geraghty, meanwhile, suggested pivoting away from “perception based” policies such as blocking the middle seat—which the airline has promised to do on every flight through Oct. 15. She called instead for an awareness campaign, driven by Harvard’s research, that would establish flying to be as safe as a trip to the grocery store.

United’s Kirby agreed: “The facts are stunning how safe an airplane is.” But he doesn’t see a demand rebounding until a vaccine is widely adopted, unless airlines can “get past the bureaucratic finish line” when it comes to testing.

“We’re close to establishing a travel corridor between New York and London,” said the United CEO. “If we can do that in one place and inspire confidence, we can open up other parts of the world.”

Kirby said United is burning through US$25 million a day—“better than most our competitors”—while operating in “an apocalyptic environment.” He’s making up some deficit by growing the cargo flying business and shifting routes away from popular business hubs to domestic leisure destinations that have good connectivity, such as Denver, all while fading the airline’s maligned US$200 change fees.

“Right now, we’re flying about 45 oer cent of our schedule—we’re a smaller airline—and this is probably the size we’ll be for the next 15 months,” he explained. The benefit to consumers, if not to United’s bottom line, is that for as long as passenger loads remain low, so will airfares. (In July, the airline brought back beverage and snack service to all its cabins, though such premium perks as Saks Fifth Avenue bedding in business are still off the table.)

JetBlue is also focusing on affordability and convenience. “The benefit of being a smaller airline is being very nimble, adding and taking down route coverage as demand fluctuates,” said Geraghty, who has been overseeing an expansion into Newark Liberty International Airport that includes Mint premium service to the West Coast. “We’re doing what JetBlue does best: increasing service at fares customers can afford,” she said.

American Airlines, meanwhile, is compensating for reduced cabin staff and meal service by doubling down on technology. New features for the airline include touchless kiosks that use QR codes to bring check-in to an “applet” on your phone, the ability to print bag tags by scanning your mobile boarding pass, and adopting facial recognition technology to sidestep the need for some forms of ID verification.

“The focus on clean, safe, touchless experiences will only continue to grow, post-pandemic,” she explained.

Each of the four executives voiced full-throated support for the idea that sustainability and social justice will define business far longer than the pandemic, and outlined commitments that may surprise the average flier—particularly at a time when cash is not exactly flowing.

All of JetBlue’s domestic aircraft were carbon neutral as of August, said Geraghty, who said the move is a first step. “Sustainable fuels have a ways to go. Air traffic control reform. Efficient air space. They’re all ways to improve the aviation industry’s footprint.”

While the company is proud that 55 per cent of its crew represent diverse backgrounds, Geraghty expressed a desire to see more inclusive recruitment at the company’s top ranks, as well as within the company’s network of suppliers, airport restaurants, and other terminal-based businesses.

“As we rebuild our companies from the pandemic, we have to make sure we take everyone forward with us,” said Delta’s Bastian, who said 40 per cent of his 75,000 employees are people of color, with 30 per cent of them in positions of leadership. “Governments have a hard time with a lot of this, but businesses have an opportunity to pull people together,” he added.

American’s Leibman talked up its “hackathons,” which seek to identify and employ talent from historically black colleges and universities, along with efforts to get young females interested in STEM education to create pipelines of diversity from early on.

Kirby similarly praised United’s Aviate program, which trains pilots from under-represented backgrounds, and he decried carbon offsets as a viable solution. “We were pitched one where they took your money, burned down a rainforest, and replaced it with palm oil plantations,” said Kirby. He also pointed at air traffic reform—which would create more direct and efficient routes—as a critical avenue of exploration.

“We are part of a global society, whether we like it or not,” he said, “and we have to solve global problems—not just one a time.”