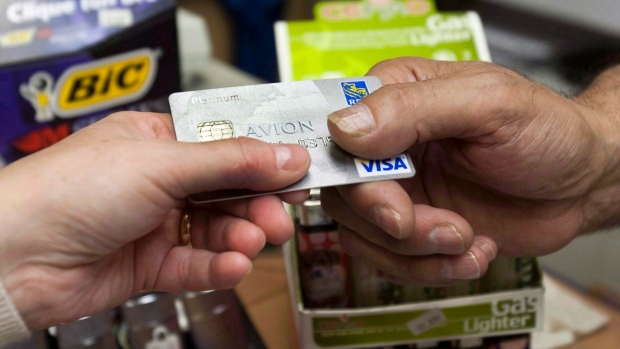 A barrage of reports this week highlights what we already know: many Canadians are spinning their wheels and getting nowhere fast when it comes to reducing their debt levels. The economy is challenging, interest rates are low and companies have been enticing consumers with no interest/no payment offers -- resulting in more Canadians falling further into debt and saving less than ever before.

The vast majority of Canadians carry debt by way of mortgages, credit cards and lines of credit. To be fair, the vast majority isn’t due to out of control credit cards or the working poor trying to make ends meet. Rather, the higher levels of borrowing tends to be among those who are considered to be middle- and high-income earners who will be fine as long as the status quo remains.

Status quo would be a low interest rate environment, job stability and inflation that remains under control. The question is what if even one of those variables is altered? Think of a three-legged stool: if one leg is compromised you will fall and likely fall hard. Any sort of fall is going to hurt.

So often we hear about national averages of debt, and Statistics Canada released its quarterly report this week highlighting Canadian household debt ratios rose to a record high of 166.9% in the third quarter. In other words, we owe almost $1.67 for every dollar of disposable income we have coming in. However, the challenge we face is looking at a headline number that is a national average and doesn’t speak to the true risk of high debt. This number also doesn’t take into account the equity or assets being held. Plus when you compare the debt level to annual income it suggests we are going to pay our debt off in a year – but very few do.

A better representation, according to a report done by the C.D. Howe Institute, would be a breakdown of debt by income, age and region to get a picture of who owes what – and where. National averages are big picture numbers for planning purposes. It is much more important to know your own debt to income ratio and debt to asset ratio to get a snapshot of your financial state of affairs. On an individual basis the national averages are meaningless.

I often wonder if Canadians have a clear understanding of just how long it takes to retire a significant amount of debt. The problem is there is a hefty cost to kicking the repayment schedule down the road.

The debt levels of Canadians have been a concern for the Bank of Canada, which considers it to be a risk to the economy for good reason. Home price pressures have mounted to a point where almost half of Toronto homeowners who took out a mortgage in the third quarter were considered highly indebted. In Vancouver, four in 10 had a loan-to-income ratio over 450 per cent. This translates into owing $4.50 on your mortgage for every dollar of annual disposable income coming in. It is not a stretch to say the indebtedness of Canadians goes beyond Toronto and Vancouver.

Finance Minister Bill Morneau has also expressed concern about the housing market. To be fair, efforts have been made to slow down escalating household debt by increasing mortgage eligibility requirements. Over time, this will raise the underlying quality of borrowers and, according to Bank of Canada Governor Stephen Poloz, "help to mitigate financial risks."

The reality is the government and central bank alone can’t protect us from ourselves. Financial literacy needs to be addressed more aggressively starting at much younger ages. This isn’t a new idea but the urgency is increasing. A classic example are the millennials who find themselves falling further behind, resulting in parents engaging in economic outpatient care helping them to sustain a lifestyle they might not otherwise be able to afford.

Add to this the banks want market share and debt products are money makers especially in a low interest rate environment where margins are being squeezed on other products. Shareholders love it, the Canadian consumer wants it, but is it the right course of action? It is a delicate balance: you want consumers out there spending -- you just don't want to see the scales tipped. Maybe caution by way of higher credit score requirements before accessing debt or lower debt to income ratio requirements for mortgage eligibility would be worth considering.

There will be a day of reckoning. And that day will come when all the debt that’s piling up has to be paid back. Sadly, for many debt is escalating at a much faster pace than income. Time and compounding work wonderfully when you are saving money and yet it can make paying back that debt all the more painful.

Survey after survey draws more attention to the fact Canadians’ debt levels are mounting. We have seen this past week mortgage rates ticking a little higher and data support the notion we are a population that’s continuing to age. Therefore, it is reasonable to expect more and more Canadians entering into retirement with debt and thus a lifestyle that is compromised. Not the picture you likely envisioned when you thought about your golden years.

Bottom line, we need to take control of the variables that are within our power: spend less, save more, focus less on national headlines and more on our own household debt burdens. I believe we all have a willingness to repay our debt but I worry about our decreasing ability to repay the trillions of dollars we owe.