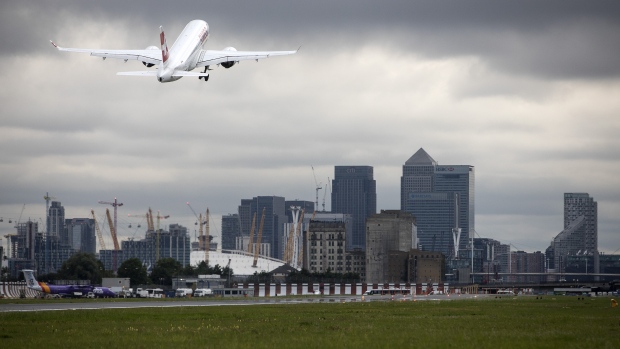 Buy ticket, get on plane, try (and fail) to sleep, land: The basic nuts and bolts of flying haven’t changed since the advent of aviation. But this year, thanks to a handful of aviation-led venture capital groups, the finer points are evolving.

These join Lufthansa Innovation Hub and JetBlue Technology Ventures in trying to energize a staid system. “There are so many opportunities to disrupt, you don’t even know where to start,” says Gleb Tritus, managing director of Lufthansa’s think tank, noting that “trying things out, breaking them, and fixing them is not in the natural mindset of risk-averse airlines.”

“Travel is the fourth-largest industry globally, according to GDP, and when you see the dollars being invested into it, there’s a complete mismatch,” says Christina Heggie, investment principal at the three-year-old JetBlue outfit. The group’s projects are now coming to market faster than ever, thanks to a growing network of airline affiliates that are willing to beta-test them. “We may not go out and introduce you to our U.S. competition, but we’ll absolutely facilitate conversations with our international partners, like Air New Zealand,” she says.

Here are seven projects these travel trailblazers are prioritizing in 2019—and what they mean for you.

Gate agents will scan your face—not your boarding pass

How it works: Rather than show your boarding pass or passport, you’ll simply walk past a camera that can match your likeness to images that U.S. Customs and Border Protection already have on file from previous scans of your hard-copy ID. In a split second, your identity is verified, opening an automated gate and letting you proceed to boarding.

“We’re ready for any airport in the U.S. to tell us they want to install this,” says Raoul Cooper, British Airways’ senior design manager,  who focuses on digital airport innovation. “Then we can extend it to any part of the airport that requires identity verification or uses kiosks—maybe even outside the airport, in places like banks,” he says, adding that the only hitch is making sure the cameras can recognize you under the big-eared Mickey Mouse hat you bought on vacation.

Your reservations will all adjust automatically after a flight delay

Lufthansa’s Tritus sees the biggest game-changing potential in a company called Yilu, which aggregates all your travel reservations (e.g., OpenTable, your car transfer company, and Marriott) into a single system; think TripIt but broader. “We’re trying to interlink existing services that don’t normally cooperate with one another,” he explains, “which would allow us to modify your airport pickup time, rebook your dinner reservations, or update your hotel’s check-in desk automatically in the event of a flight delay or cancellation.” Expect to see a limited functionality in Germany this year, ahead of a global rollout.

Flight delays will be easier to predict

Google has done an especially good job of predicting travel delays, but JetBlue Technology Ventures wants to one-up its competition. With Lumo, it’s building statistical models that simulate the conditions of your flight. It’s so granular, it’ll consider both the density of planes in your airspace and how the Federal Aviation Administration has previously made decisions in similar weather forecasts. All this gets converted into a rating score, offering up a real-time sense of how likely you are to encounter a delay. “This is huge if you’re traveling to pitch a multimillion-dollar client,” says Heggie, adding that the app will show you alternate (and on-time) routes if you need to rebook.

You’ll pay for flights by the hour, or in bulk, rather than one ticket at a time

Skyhour, a roughly year-old project under the purview of JetBlue’s Heggie, offers travelers the equivalent of a gift card for flights—$60 per hour of flight time redeemable on more than 350 carriers via the site’s proprietary booking platform. If the flight costs less than your “skyhours” are worth, you’ll be credited the difference to your account; that said, Skyhour’s ticketing agency gets to choose which flights it shows you, and results can be limited. Retail and e-commerce partnerships—such as a wedding registry partnership with Honeyfund—should give the platform lift in the year ahead. (Buy a new Rimowa suitcase, for instance, and you might get a handful of free “skyhours.”)

Meanwhile, Lufthansa is betting you’ll want to buy flights in bulk with Flightpass; it lets you buy 10 unrestricted, one-way tickets for a flat fee that starts at €500 ($570). The service will kick off long-term implementation with carriers, including Swiss and Eurowings, this year; similar offerings are already in use by Air Canada and British Airways. “We’re trying to figure out how to price it to be profitable,” says Tritus.

Self-driving cars will handle your bags

“The highly regulated environment of an airport is perfect for automated vehicles,” says British Airways’ Cooper. Today, your luggage gets offloaded from a plane onto a trolley, driven to a series of conveyor belts, and routed around the bowels of the airport until it lands on the rotating baggage carousel. “But what if your bag could be taken straight to the right place by an automated set of wheels? It would reduce cost, create efficiency, and get you your bags much faster, benefiting the customer in the end.” Expect it to be trialed in the U.K. later this year.

Lost luggage won’t be such a big headache

Thanks to an app called Linea, Lufthansa will soon be able to reimburse you instantly in the event of lost luggage. It’ll also give you real-time tracking updates as the carrier works to recover your bags. In a sample scenario painted by Tritus, you’d skip the queue at the luggage counter and simply open the app to find a proactive, automated apology with, say, three free months of Netflix to tide you over while your belongings are located. Then, later that day, you could upload receipts for your replacement clothes and get refunded right away. “We’d like to roll this out across Lufthansa’s large hubs first,” he says. “Larger-scale implementation will be difficult, because of complexities with local processes in airports around the world.”

“Regional travel is totally broken,” says Heggie, citing overcrowded city airports and poor access to gates and slots for smaller carriers. That’s why she decided to invest in Joby Aviation, a company that’s building electrified vertical takeoff and landing (VTOL) vehicles—think flying Ubers—to be rolled out in a few years. “It’ll transform the 50-mile travel market,” she says. “Road rage will be a thing of the past!”

Transcend Air has the same idea. Though it’s not backed by an airline innovation lab, it’s focusing on ultra-short-haul flights between major markets with its four- and five-passenger VTOL planes. They’re testing aircraft now but expect to be flying commercially by 2024.