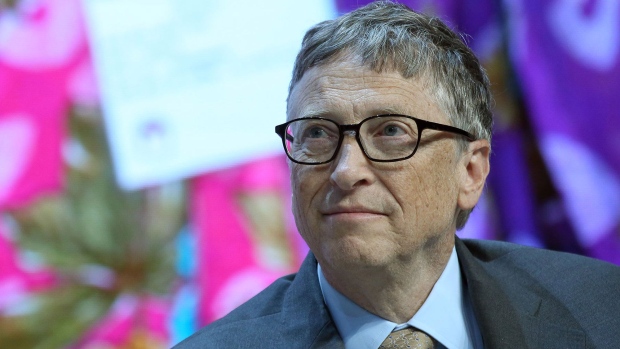 The billionaires are descendants of Guenther Quandt, who built a German industrial empire by, among other things, supplying weapons to the Nazis during World War II. In the years since, the family has established stakes in both Daimler-Benz AG and BMW.

Today, Klatten is Germany’s second-richest person, worth $18.6 billion, with interests in chemicals and carbon production, according to the Bloomberg Billionaires Index. Quandt, who owns part of a logistics company and a homeopathic medicine company, has a net worth of $15.5 billion. Both are members of BMW’s supervisory board, making them the richest related pair deriving wealth from the automotive industry.

All told, the 25 richest families in the world now control almost $1.4 trillion in wealth, up 24% from last year. Our list of the 20 wealthiest people who have made fortunes in the automotive sector includes some household names: Tesla’s Elon Musk is worth $23.1 billion; Larry Ellison, with $58.5 billion in total wealth, owns a stake in Tesla that’s worth more than $730 million.

Others are less prominent but no less successful: Pallonji Mistry, chairman of Shapoorji Pallonji Group, owns much of Tata Sons and is worth $20.3 billion; Li Shu Fu, the chairman of Volvo and Geely, is worth $10.6 billion.

The methodology behind wealth analysis can be challenging. In fortunes backed by decades of accumulated assets and dividends, the true extent of an individual’s or family’s holdings is often obscured. Most in this tax bracket are not thrilled to have their names, assets, shares, and interests published by a global news organization. Automotive wealth also tends to be a family affair. While individual members of these dynasties may not make the list, a clan’s overall wealth may be vast. (See: the Ford,  Porsche, and Pieech families.)  So we followed the same criteria applied to Bloomberg’s Billionaire Index.

In order to keep it (relatively) simple, we have omitted those whose wealth comes from oil. Take the House of Saud, for instance. The family is worth an estimated $100 billion, a figure based on the cumulative payouts the country’s royals have received over the past five decades from the executive office of the king. That number doesn’t even include the planned initial public offering of its crown jewel, oil giant Saudi Aramco. It will be offered with an anticipated valuation of $2 trillion.

Maybe we’ll come up with a special list for members of the House of Saud. In the meantime, here are the year’s richest people in cars.*

Gates may not be the first person you would expect to see on a list of automotive wealth, but his share of car dealer AutoNation contributes to his overall fortune, most of which comes from Microsoft Corp. and Cascade Investment (which controls stakes in dozens of publicly traded companies, including Canadian National Railway, Deere, and Ecolab).

Although he is the company’s second-largest shareholder, Ellison’s recently announced stake in Tesla is not the primary source of his wealth. He is the founder and main shareholder of the database company Oracle. The 75-year-old also owns the Indian Wells tennis event and real estate, including the island of Lanai, Hawaii.

Likely the most famous person invested in the segment—certainly the most colorful—the South African divides his time between Tesla, the maker of luxury electric vehicles, and SpaceX, a rocket manufacturer. Musk has always been a polarizing figure, garnering  acclaim for his visionary leadership and criticism for failing to meet deadlines and engaging in public disputes.

Mistry, 90, and his family are shareholders in Tata Sons, the holding company behind more than 100 affiliates with $100 billion in annual revenue, according to the Bloomberg Billionaires Index. The group employs 700,000 people in more than 100 countries.

Klatten, 57, is the second-richest person in Germany. She inherited her wealth from her father, German industrialist Herbert Quandt, who turned BMW from a struggling carmaker into one of the world’s largest manufacturers of luxury vehicles. Klatten recently said that dealing with the responsibility of inherited wealth is a misunderstood burden. “Many believe that we are permanently sitting around on a yacht in the Mediterranean,” she said. “The role as a guardian of wealth also has personal sides that aren’t so nice.”

Li, 56, is the founder of Zhejiang Geely Holding Group, a maker of cars and related components, though he started his career manufacturing refrigerators. Geely’s $1.5 billion purchase of Volvo in 2010 was the largest ever overseas acquisition by a Chinese automaker.

Shaeffler, 54, is chairman and majority owner of Schaeffler AG, which makes ball bearings and other automotive supplies. He owns 80% of the company, while his mother, Maria-Elisabeth Schaeffler-Thumann, owns the rest, according to company filings. The two collectively hold 46% of auto supplier Continental as well, according to the company’s website as of June 2019.

Parry-Okeden, 69, is the granddaughter of James Cox, who founded Cox Enterprises in 1898. She owns almost 25% of the company, a $21 billion conglomerate that encompasses Kelley Blue Book and other automotive brands. She resides in Australia.

An avid cyclist and hunter, Kennedy, 68, is the chairman of Cox Enterprises.

Pattison’s company is the largest car dealer in western Canada. It also publishes the Guinness World Records standings. He began his automotive career while still in college, fixing and selling used cars to fellow students before dropping out to manage a General Motors dealership. Today, Pattison, 90, and his wife, Mary, live in Vancouver.

Garcia, 62, is the largest shareholder of Carvana, but his son, Ernie III, runs the business. The elder Garcia started developing DriveTime in the 1990s, when he bought rental-car company Ugly Duckling out of bankruptcy. He then merged it with a financing company to make it a vehicle for selling used cars to subprime borrowers. In 1990, Garcia was convicted of fraud for playing a small role in the Charles Keating savings-and-loan scandal.

Mikitani, 54, amassed the bulk of his wealth after he founded Rakuten, Japan’s largest cybermall, which boasts more than 1.2 billion users worldwide. He qualifies for this list by virtue of his share of Trust Co Ltd., an exporter of used vehicles. Mikitani is a music lover and chairman of the Tokyo Philharmonic Orchestra.

Taylor, 77, is the granddaughter of James Cox and the cousin of James Kennedy, who runs Cox Enterprises. She owns roughly 16% of the family business, which owns  Kelley Blue Book and Autotrader.com, among other brands.

Chambers, 62, is the cousin of James Kennedy, who runs Cox Enterprises. He owns 16% of the company. He’s also an organic farmer in Columbia County, N.Y.

Rayner, 74, is the granddaughter of company founder James Cox. She has largely stayed out of the public eye.

Bajaj, 81, is the chairman of the world’s largest maker of three-wheeled motorcycles. He attended Harvard Business School and also owns stakes in an investment company and an insurance firm. His grandfather, Jamnalal Bajaj, an Indian independence fighter and Mahatma Gandhi confidant, founded the group in 1926.

Chung, 81, is the chairman of Hyundai Motor Group.  He was convicted in 2007 of embezzling $110.5 million from Hyundai, Kia, and other affiliates and using the funds as a political slush fund. He was pardoned in 2008 by then-South Korean President Lee Myung Bak.

Wang, 53, is the founder and largest shareholder of BYD. The company makes cars, buses, and other goods, including cell phone batteries.

To contact the author of this story: Hannah Elliott in New York at helliott8@bloomberg.net

To contact the editor responsible for this story: Joshua Petri at jpetri4@bloomberg.net, David Rovella