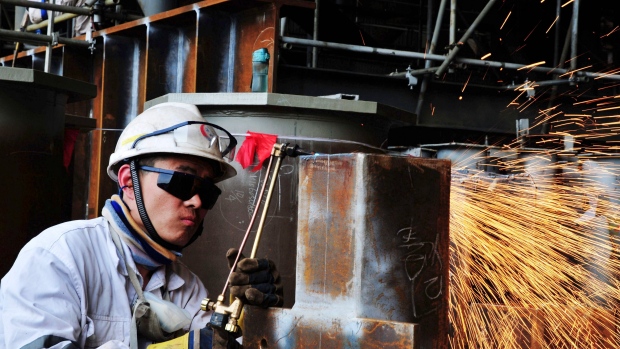 In this June 1, 2016 photo, a worker cuts steel for an offshore natural gas platform at a subsidiary of China Offshore Oil Engineering Co. Ltd. in Qingdao in eastern China's Shandong province. , Chinatopix via AP

Seven of the world’s top 10 economies by 2030 will likely be current emerging markets.

The prediction for a shake-up of the world’s gross domestic product rankings comes in new long-term forecasts by Standard Chartered Plc, which includes a projection for China to become the largest economy by 2020, using purchasing power parity exchange rates and nominal GDP.

India will likely be larger than the U.S. in the same time period while Indonesia will break into the top 5 economies.

"Our long-term growth forecasts are underpinned by one key principle: countries’ share of world GDP should eventually converge with their share of the world’s population, driven by the convergence of per-capita GDP between advanced and emerging economies," Standard Chartered economists led by David Mann wrote in a note.

They project trend growth for India to accelerate to 7.8 per cent by the 2020s while China’s will moderate to 5 per cent by 2030 reflecting a natural slowdown given the economy’s size.

Here are some other findings from Standard Chartered’s economists: 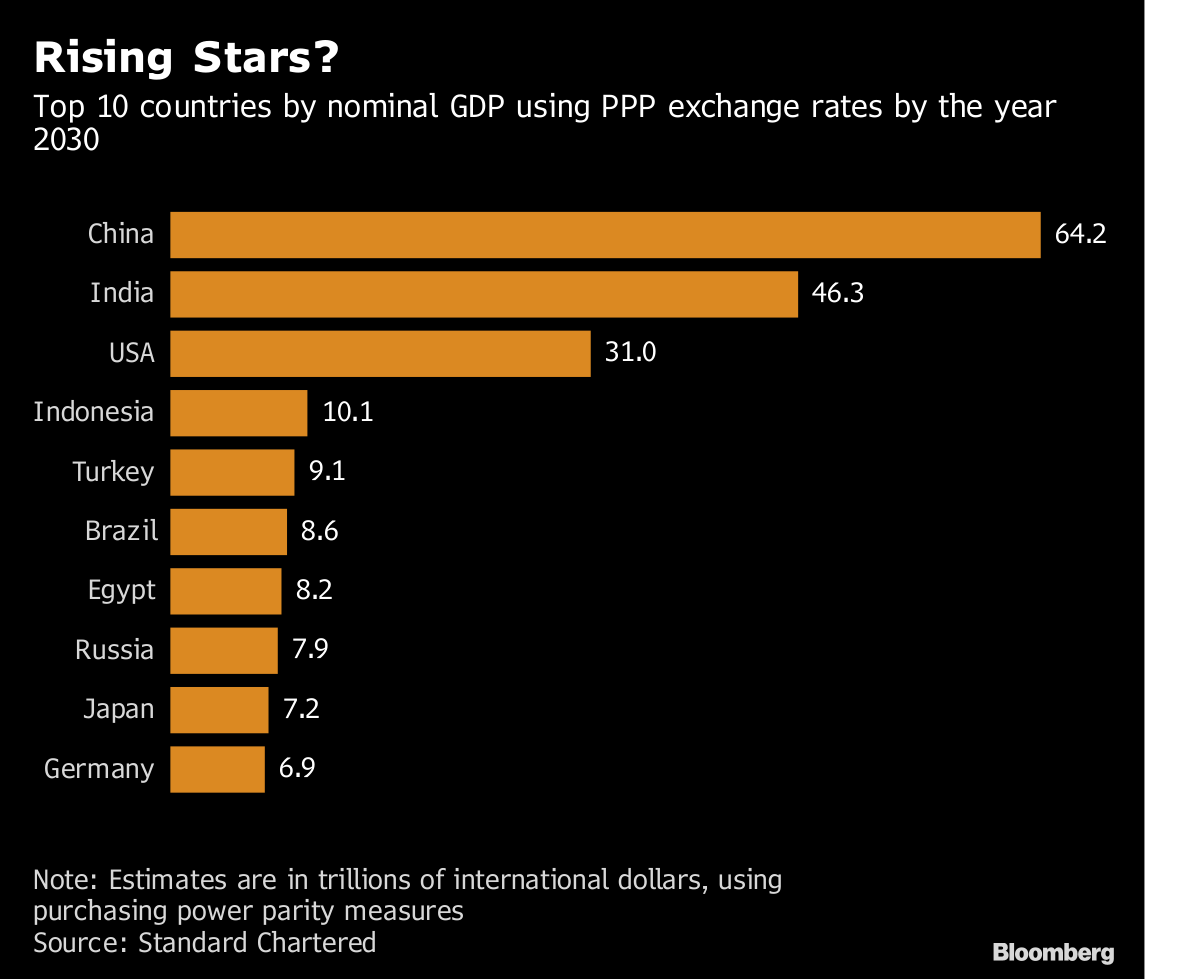