If U.S. Fed is unable to normalize rates, investors will turn to gold: Analyst

The end of an easy-money era should normally spell bad news for gold. But right now, fund managers are keeping their holdings.

At a time when equities and Bitcoin -- often touted as digital gold -- are sinking as loose monetary policy draws to a close, bullion exchange-traded fund holdings are proving resilient. Despite expectations for multiple U.S. interest-rate hikes this year, bets for real rates to stay negative and demand for an inflation hedge are supporting the appeal of the time-honored haven. 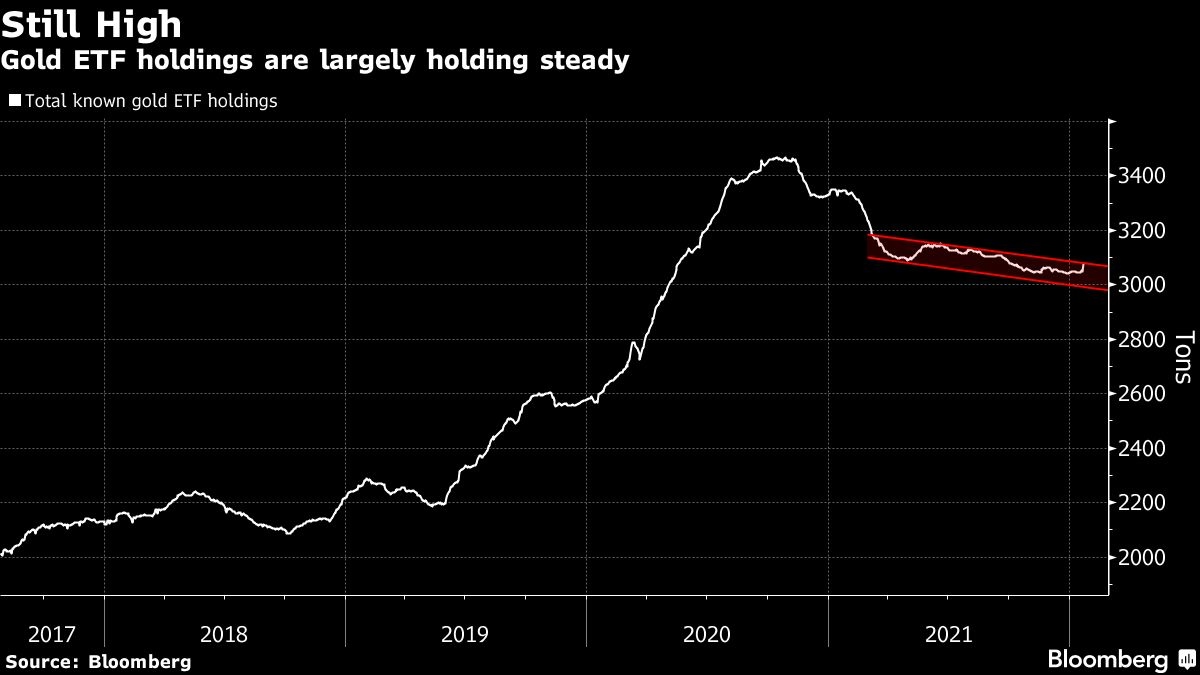 Christoph Schmidt, who heads DWS Group’s 20 billion euros (US$22.6 billion) Multi Asset Total Return team, is among those in no rush to sell and who has helped keep prices from falling.

“I would not expect our gold position to change in the foreseeable future,” said Frankfurt-based Schmidt, who has eight per cent of his funds in gold. “We don’t see a dramatic change in the interest-rate environment.”

Most analysts forecast a poor year for gold on worries about a selloff in prices and holdings, such as one seen in 2013 after the U.S. Federal Reserve signaled policy tightening and investors lost faith in the metal. Yet prices are holding near a two-month high and ETF holdings are still well above where they were before the COVID-19 crisis started.

After falling the most in six years in 2021, bullion prices are up slightly this month, an impressive performance compared with some other assets. Global stocks have slipped more than six per cent and Bitcoin has lost about a fifth of its value on worries that an imminent Fed rate hike will sap investor sentiment.

While ETF holdings have edged down in the past six months, at that pace of declines it would take roughly seven years for them to get back to the level seen at the start of 2020.

One key reason money managers are sticking with gold is because they see real yields remaining negative as the Fed struggles to tighten policy enough to push interest rates above inflation. Concern about high inflation is helping gold too, with U.S. CPI rising at the fastest pace in four decades in December.

“We see gold making higher highs and higher lows going forward due to the amount of liquidity created over the last couple of years,” said Michael Cuggino, president at Permanent Portfolio Family of Funds in San Francisco and who has a quarter of his holdings in precious metals. “Inflation is primarily a money creation issue.”

Gold could also benefit from a potentially weaker dollar as investors cut positions in U.S. companies, according to Patrick Fruzzetti, portfolio manager at Rose Advisors in New York.

“The dollar at a minimum won’t get stronger, but at a maximum will certainly get weaker,” said Fruzzetti, whose team manages US$1.4 billion. 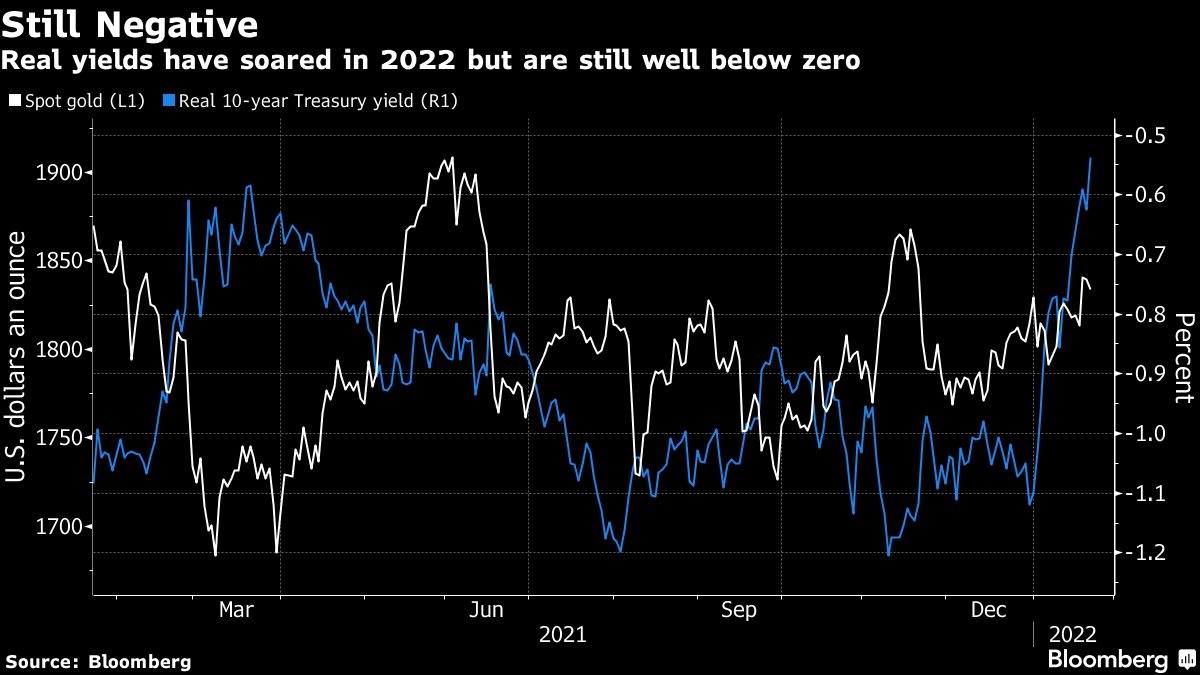 This week’s Fed meeting may be key in shaping gold’s prospects. More hawkish rhetoric from the central bank could bolster the outlook for higher rates in the long term, curbing the appeal of non-yielding gold. If inflation eases faster than expected or the dollar strengthens, that would also weigh on the metal.

The prospect of rising real rates has prompted some investors to turn away from gold. BlackRock Inc.’s Russ Koesterich last year said he cut almost all his gold holdings, citing the outlook for real rates to normalize as the economy strengthens.

“I don’t feel more inclined to build more gold holdings,” said Nangle, who manages more than US$3 billion in London. “But we haven’t hit the sell point yet.”

--With assistance from Martin Ritchie.