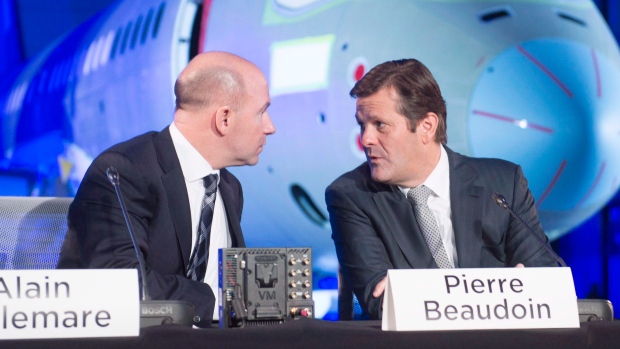 Long-time Bombardier (BBDb.TO) critic Norman Levine is conceding the company needs to open its wallet for top executive talent, but isn’t impressed with the payout to Executive Chairman Pierre Beaudoin. In an interview on BNN, Levine, the managing director at Portfolio Management Corp., said the company has to be competitive on compensation in order to attract and keep top talent.

“The only thing I’ll defend [for] the company: If you want good people running your company, you have to pay them what the industry standards are,” he said. “[Chief Executive Officer Alain Bellemare] is running a major corporation that competes with the Boeings and the Airbuses. That [payout] is not out of line.”

Levine said the source of his umbrage is the cheque cut for Beaudoin.

“[Beaudoin] is part of the lucky gene pool, because his grandfather was [Joseph-Armand] Bombardier, who basically founded the company: [Beaudoin] would not be in his position without that,” Levine said. “He also is the man who bet the farm on the CSeries and almost bankrupted the company.” 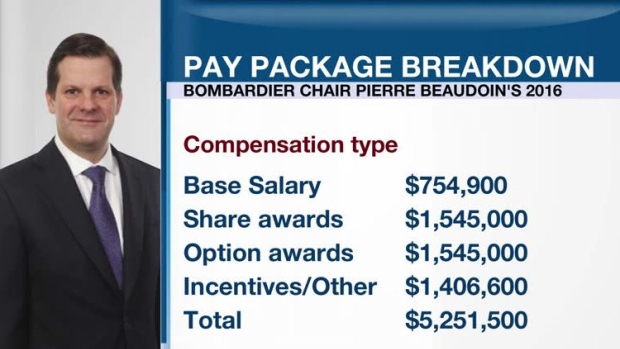 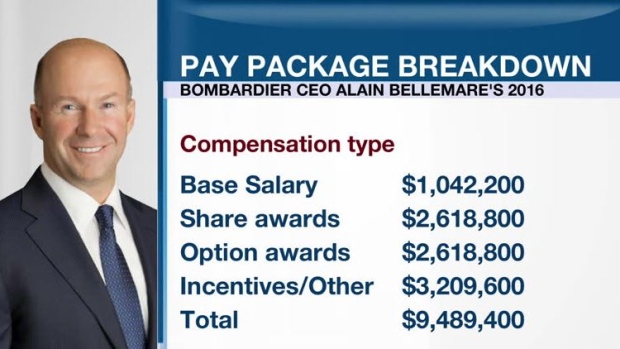 Levine said Beaudoin wouldn’t be around to collect any pay package if not for the company’s dual-class share structure, which keeps voting control in the hands of the Beaudoin-Bombardier family.

“He would not have his job if there was proper corporate governance at Bombardier,” Levine said. “Anything he gets is just egregious, because he doesn’t deserve to get anything at all.”

Levine warned the outcry from politicians over the near 50-per cent increase in bonuses is a sign the times are changing for Bombardier’s image in political circles.

“Up until yesterday, it’s been verboten to say anything about Bombardier politically,” he said. “The sands are shifting under this company, and they better be careful.”