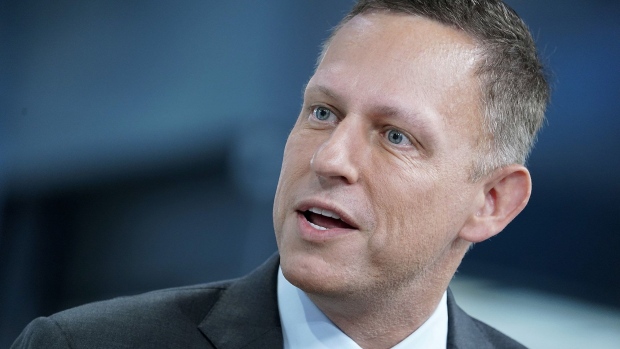 Block.one, a blockchain platform whose long-time backers include billionaires Peter Thiel, Alan Howard and Louis Bacon, is launching a crypto exchange that seeks to combine attributes of traditional bourses with the benefits of decentralized finance.

Bullish, as the exchange will be known, is being capitalized by Block.one with about $10 billion in digital assets and cash. That seeding includes 164,000 Bitcoins valued at around $9.7 billion, $100 million in cash and 20 million EOS tokens, which power Block.one transactions. A funding round raised another $300 million, Block.one said in a statement Tuesday.

The exchange is seeking to leverage existing blockchain technology with the decentralized architecture of DeFi that has grown in popularity for maximizing yield-generating strategies. The announcement follows Coinbase Global Inc.’s debut last month on the Nasdaq, which initially valued the largest U.S. crypto exchange at more than $100 billion.

It also appears to be a significant step to revitalize Block.one’s EOS technology, which has faced headwinds since it ran the world’s biggest ICO that netted $4 billion in 2018. While some of the money has been used to build out the EOSblockchain -- much of it was simply invested in assets such as government bonds.

Additionally, EOS has recently seen declining developer interest -- a yardstick for a project’s promise and health -- according to a report from Electric Capital, a venture firm that invests in crypto startups.

Bullish will offer institutional and retail investors market making, lending and portfolio management services in a DeFi app without use of intermediaries like banks.