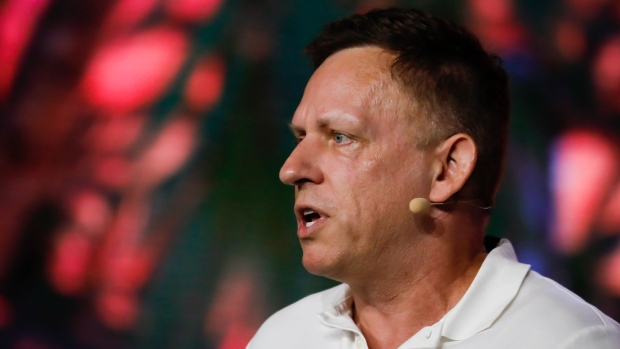 Peter Thiel, president and founder of Clarium Capital Management LLC, speaks during the Bitcoin 2022 conference in Miami, Florida, U.S., on Thursday, April 7, 2022. The Bitcoin 2022 four-day conference is touted by organizers as "the biggest Bitcoin event in the world." , Bloomberg

(Bloomberg) -- Peter Thiel’s Valar Ventures Management is leading a $185 million funding round for Canada’s Neo Financial Technologies Inc., propelling it to a valuation of more than $1 billion as it plans expansion into mortgages.

It’s the third time New York-based Valar has led a fundraising for Neo, which offers a no-fee Mastercard, bank accounts and investments primarily through a mobile app. The company says it has gathered more than 1 million customers since it launched in 2019.

“The pace at which this team releases new products and grows its customer base is among the fastest we have seen in our careers,” Valar Founding Partner Andrew McCormack said in a statement. The firm has invested in more than a dozen challenger banks globally, including digital payments provider Wise Plc.

Since its last funding round in September, Neo has nearly doubled in size to 650 employees from 350, with plans to add another 100 this year, and increased the number of retailer partners on its rewards platform to 7,000 from 4,000.

By the end of this year, it plans to enter the mortgage market with loans done through partnerships with financial institutions including Home Trust Co. and First National Financial Corp., two non-bank lenders in Canada.

“The Canadian market is still entrenched with the big five banks,” Neo Chief Executive Officer Andrew Chau said in an interview. “When we think about challenges, we really see it more as an opportunity to bring new options and competition to the market.”

Several Canadian startups in the past two years have become unicorns, the term for new companies reaching a $1 billion valuation, including Freshbooks, Clio, Visier and Clearco.