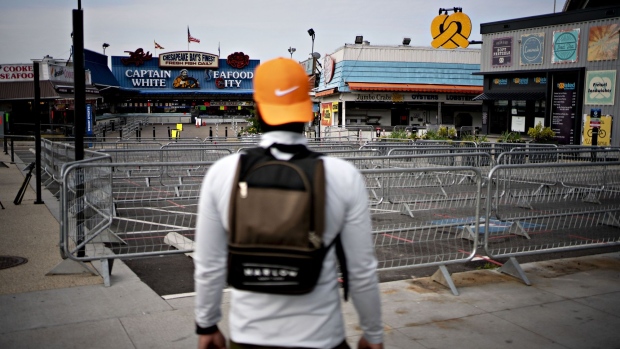 A pedestrian stands outside the temporarily closed fish market in The Wharf neighborhood of Washington, D.C. on April 7. Photographer: Andrew Harrer/Bloomberg , Bloomberg

Americans applied for unemployment benefits in massive numbers for a third straight week, bringing the total to about 16.8 million during the coronavirus pandemic’s economic shutdown.

A total of 6.61 million people filed jobless claims in the week ended April 4, according to Labor Department figures released Thursday, as more states ordered residents to stay home and overwhelmed unemployment offices continue to work through applications. The figure compared with a median forecast of 5.5 million, and the prior week’s upwardly revised 6.87 million. 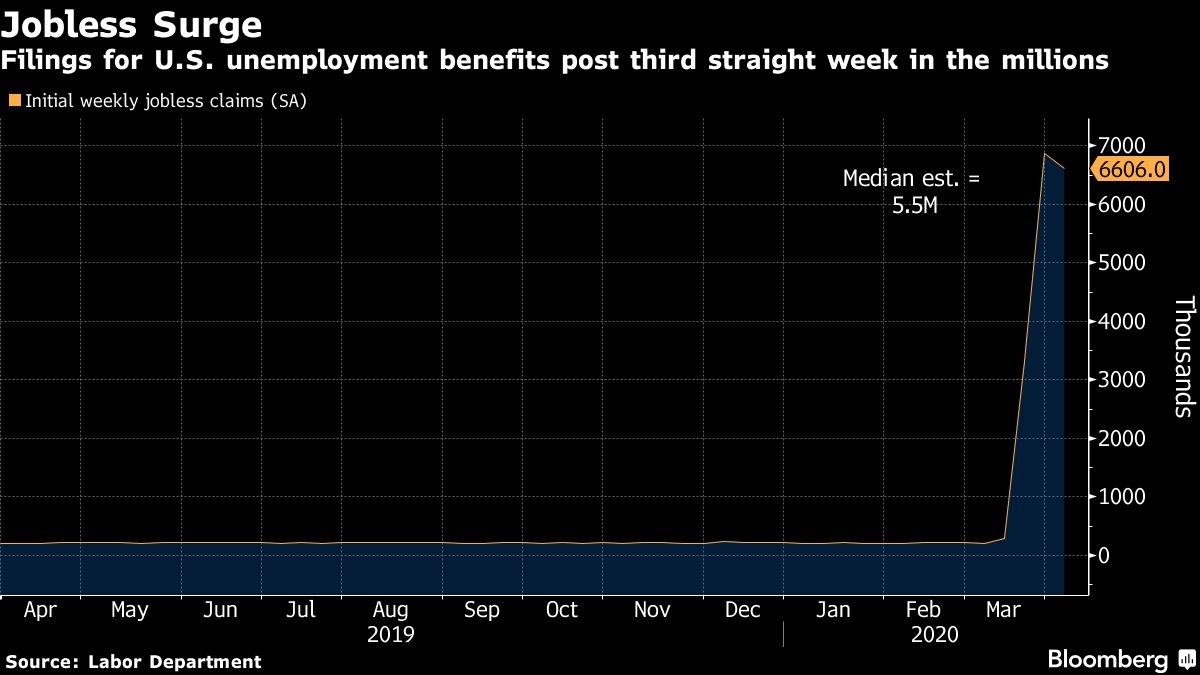 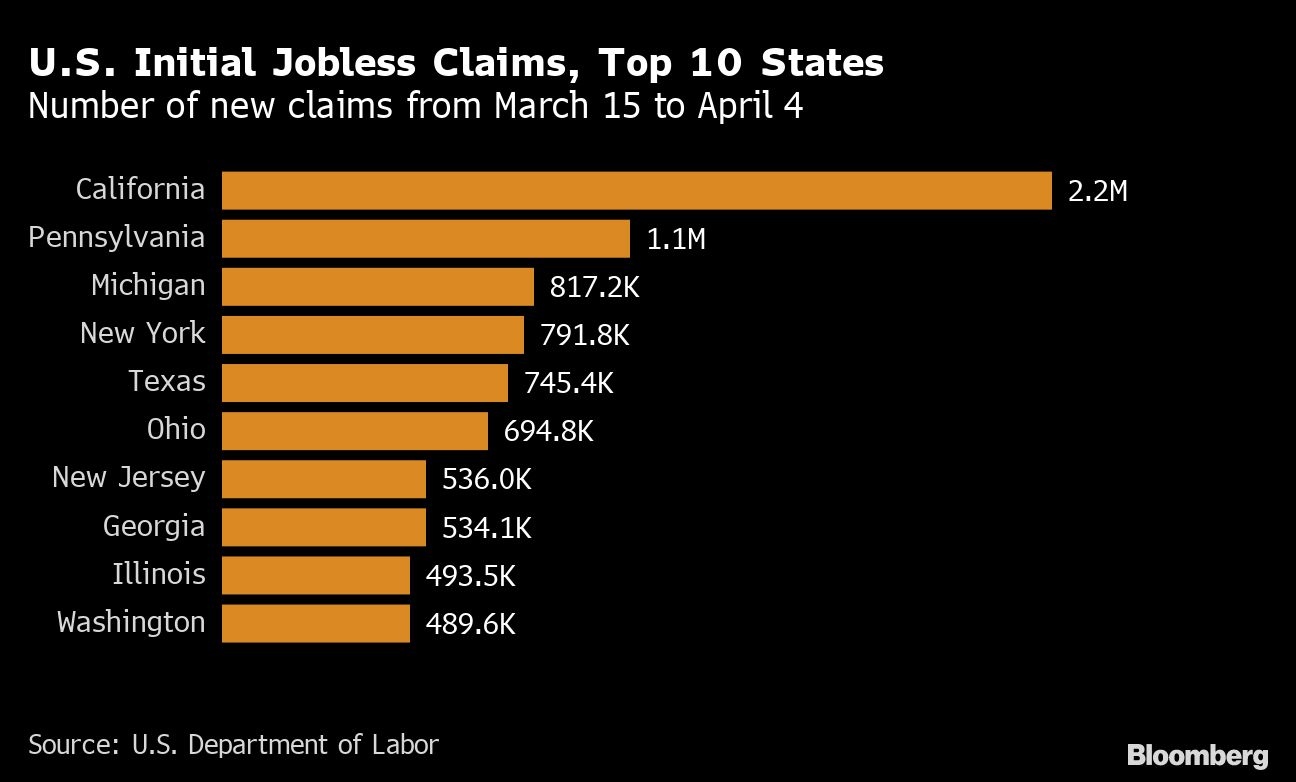 “The sudden and extraordinary deterioration in the labor market supports Bloomberg Economics’ expectation that the unemployment rate will head toward 15 per cent in April, and possibly higher later in the quarter unless the torrent of jobless filings starts to subside.”

The Fed announced another series of sweeping steps to provide as much as $2.3 trillion in additional aid during the coronavirus pandemic, including starting programs to aid small and mid-sized businesses as well as state and local governments.

Prices paid to U.S. producers declined 0.2 per cent in March from a month earlier as energy costs plummeted the most in five years, Labor Department data showed Thursday.

Compared with a year earlier, the producer-price index rose 0.7 per cent, the smallest annual advance since 2016.