This company's Green-Gold formula capitalizes on economic growth and is a hedge against inflation - BNN Bloomberg
{{ currentBoardShortName }}
Markets
As of: {{timeStamp.date}}
{{timeStamp.time}} 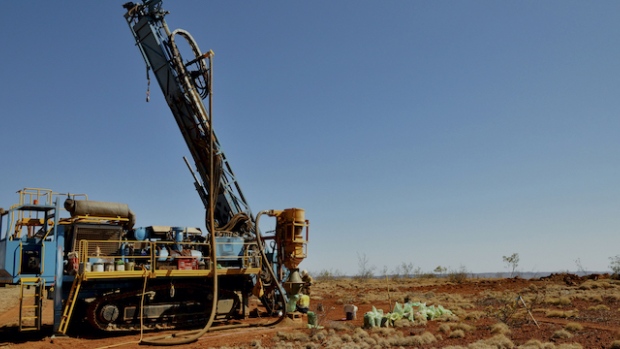 When the COVID-19 crisis hit, the global economic future looked bleak. Now, after a tumultuous year where a "new normal" is finally emerging, the economy's future is looking decidedly green. As governments rebuild post-pandemic, many are investing in green infrastructure to kick-start their economies.

In America, U.S. President Joe Biden’s US$579 billion infrastructure plan includes green elements like building 500,000 electric vehicle chargers by 2040 and replacing 50,000 diesel transit vehicles with electric equivalents alongside at least 20 per cent of the U.S. yellow school bus fleet. This and other electrification spending will benefit key metals like nickel, which is essential to EV battery production.

Post-pandemic government spending around the world has analysts predicting a new commodities "supercycle" in the next 12 months that will see substantial increases in the price of both industrial and precious metals. Gold is expected to benefit from fears that all that government spending and expanding economies will result in significant inflation.

"The Canegrass nickel project is arguably one of the most exciting nickel exploration plays in all of Australia at the moment." — Scott Patrizi, president and CEO, Huntsman Exploration Inc.

It's a landscape that poses challenges to investors. Where should they put money to capitalize on the green economic rebuild and still find a safe haven asset to hedge against inflation?

One option would be to find an up-and-coming mining company with a focus on both nickel and gold, offering investors a stake in both innovation and high growth as well as stability through inflation. That's the Green-Gold formula used by Huntsman Exploration (TSXV: HMAN | US: BBBMF).

The company offers diversified value creation via the gold market and the long-term growth forecast in the battery metals market. Huntsman's assets are also in low risk, stable jurisdictions and have strong potential for rapid growth.

On the green side of the formula, Huntsman's Canegrass nickel project in Western Australia is located on the Windimurra Intrusive Complex (WIC), which has well-established nickel sulphide prospectivity.

The 4,200 Ha property is close to infrastructure and in a mining-friendly jurisdiction. As work progresses, known prospects are being better understood and new targets of interest are being identified as the company builds the data needed to establish a major new discovery.

Initial results from the Phase I and II 2021 drilling program revealed multiple holes intercepting nickel, copper and cobalt mineralization near surface and at depth along a three-kilometre strike. One hole returned 41.1 m of favourable host rock with 31.2 m being mineralized, including peaks of up to 2.8 per cent Ni, 5.7 per cent Cu and 0.15 per cent Co, indicating a large, layered intrusive complex.

Moreover, results to date show mineralization at previously untested targets and wide intervals of mineralization, with significant high-grade peaks at the Sunline and Tulloch targets, as well as mineralization at the new Tobin Bronze target. It's an important step in establishing a continuous trend over several kilometers.

"The Canegrass nickel project is arguably one of the most exciting nickel exploration plays in all of Australia at the moment," says Huntsman president and CEO, Scott Patrizi. "If we can turn that into a commercial discovery then we will be exceptionally well-placed."

With the demand and price of nickel poised to rise, the results are timely. Another factor working for Huntsman is operating in one of the top mining jurisdictions in the world. Other exploration companies face uncertain regulatory regimes, long distances from infrastructure and political instability depending on the country they operate in. For Huntsman's Australian operations, that's not a problem.

#Nickel demand is rising. Unearth our Canegrass Nickel Project in Western Australia to see how $HMAN can address the market:

"It's a politically stable, pro-mining state with a straightforward regulatory framework for exploration and mining. The state also has a highly skilled workforce and service providers coupled with infrastructure geared to support mining and exploration activities."

The Canegrass nickel project is also helping reshape Australia's attitude towards potential nickel sulphide discoveries. In the past, a project like Canegrass would have generated far more interest and been valued more in Canada than Down Under. But Huntsman's work, as well as other promising nickel deposit discoveries, are finally getting the attention they deserve.

"The level of wealth created by major nickel discoveries in West Australian mining circles is well known, particularly after the success of Sirius Resources and the Nova Bollinger, so what we have seen recently is strong valuations for companies that are able to demonstrate potential nickel sulphide discoveries," says Patrizi.

"At Canegrass we've demonstrated not only the presence of magmatic nickel sulphides but have drilled and recorded significant grade and widths. We have some of the only ground on the major Windimurra Complex which is significant in itself and something I think the Australian market will place greater value on compared to our Canadian counterparts.

On the golden side of the Huntsman formula are the Baxter Spring and Flint gold/silver projects. Both are in pro-mining jurisdictions with supportive communities, and both are in historic gold mining territory.

Our #BaxterSpring project is located in Nevada, one of the top 3 jurisdictions in the world for #investment attractiveness.

Located in Nevada, the largest gold-producing state in the U.S., the Baxter Spring project is a 1,040 Ha site with drill-tested mineralization and 128 historical RC and core holes. Located in the Round Mountain Trend, it's close to several other gold operations like the historic Manhattan Mining Camp and the current Round Mountain Mine.

Huntsman has a multi-phase drill program planned for the site which will target confirmation of known structures, follow up on previous testing and get more data on under-explored areas of the property. Historic testing shows evidence of moderate grade, disseminated gold and high-grade structure.

The Flint gold/silver project in Idaho covers 1,845 Ha and shows potential for bulk mineable and high-grade mineralization. It's located on a trend just south of the historically producing DeLemar and Florida Mountain camps, where Integra Gold recently defined resources totalling 2.1 Moz ounces of gold and 116 Moz of silver.

Huntsman recently conducted geophysics across the Flint project which will assist the company in identifying and ranking relevant prospects on the property. The initial results from the survey are promising.

With both projects fully permitted for drilling subject to contractors being engaged, Baxter Spring and Flint are highly prospective. Both are in historically producing zones and with a commodities supercycle looming, the timing for a new discovery couldn't be better.

"The proximity to major historical mines, together with the historical drill results on the property make Baxter Spring an exceptional opportunity," notes Patrizi.

"The project is located in Elephant Country, and we know we're on the right structure. Now it's just a matter of devising an exploration plan that gives us the greatest chance at making a discovery."

A strong team and stable jurisdictions give Huntsman a corporate edge

Fully funded exploration programs in top mining jurisdictions that show promising results along with the prospect of a new commodities supercycle are both factors that strengthen the Huntsman Green-Gold formula.

But just as important is the company's executive team, which has experienced professionals both in Australia and Vancouver.

Patrizi, who became Huntsman's president and CEO in early May, is a corporate director with strong equity capital markets and project acquisition experience. He holds a Bachelor of Commerce from the University of Western Australia. Patrizi has worked across a wide range of industries including mining, oil and gas, healthcare and education providing merger and acquisition, valuation and due diligence services.

Another recent addition boosting the executive team is Mathew O’ Hara, who was appointed a director of the company in May. A chartered accountant with extensive professional experience in capital markets, financing, financial accounting and governance, O’ Hara has been employed by, and acted as director, company secretary and chief financial officer of several listed companies, predominantly in the resources sector. He spent over a decade working as an associate director at an international accounting firm in both the Corporate Finance/Advisory and Audit divisions in Australia.

"We know what works with respect to targeting these large systems and have proven how effective our exploration strategy at Canegrass has been in the past. Now it’s just a matter of getting the drill rigs back on site and continuing to chase that major discovery.”

Planning for wrapping up the Phase II drilling program is well-advanced at Canegrass. McCallum says the program will help establish just how significant the find is.

"Moving forward, we are looking to better understand the relationship between the EM, geology and geochemistry as well as the geological architecture in and around the mineralisation," says McCallum.

"All of this will help vector us to potentially more mineralisation which will come with more drilling."

At Baxter Spring, the Phase II drilling program will aggressively follow up on historical work targeting both known and untested areas of the property.

With major progress on both sides of the Green-Gold formula, the math is working in Hunstman's favour as its diverse commodities portfolio is well-aligned with the post-pandemic economic climate. Patrizi sees blue skies ahead.

"As the old adage goes 'where there is smoke, there is fire' and we are hoping that is the case at Canegrass and Baxter Spring.”

"We believe in the blue-sky potential of both projects. These are exciting times for us, and investors should definitely keep us on their radar."

To learn more about Huntsman Exploration, visit their website here.