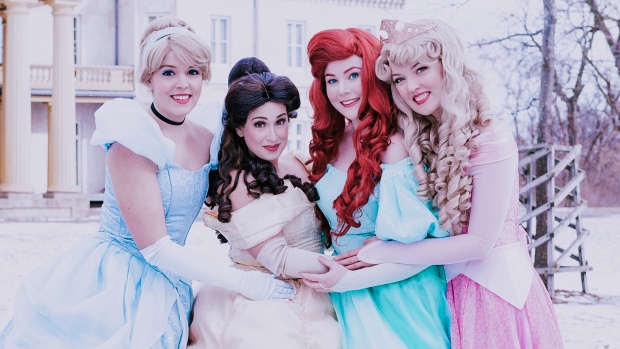 She’s the owner of Forever Fairest, a company that dispatches princesses — made-up and dressed to the nines to resemble existing characters — to children’s parties in the Greater Toronto and Hamilton Area to surprise, serenade, entertain and enchant the unsuspecting guests of honour.

As with all the princesses under her employ, Vallins, in her early thirties, is professionally trained in musical theatre. She started working part-time as a performer for Forever Fairest in 2013, which was then owned by a friend of hers. But, amid difficulty landing regular work in the theatre business, she decided to commit herself to the princess trade full-time and bought the company in 2016.

“I’ve always wanted to be a performer and as soon as I saw my first princess movie, I was just enamoured with their dresses, their songs, how strong they were, how they always had a big goal,” Vallins said.

“So when my boss was selling the company, I knew this was definitely the next step in my life.”

Last year, the company made about $25,000, of which Vallins earned about $6,000. She supplements this income with earnings from her side hustles working as an extra for films and a voiceover artist for television commercials.

Vallins is one of many Canadians who have made an entrepreneurial leap into off-the-beaten-path careers while workers move into self-employment amid a disparate labour market.

Below, Vallins explains how she prepares to play each character, why wigs are the bane of her existence, who her favourite princess is, and how she handles the tiny hecklers. 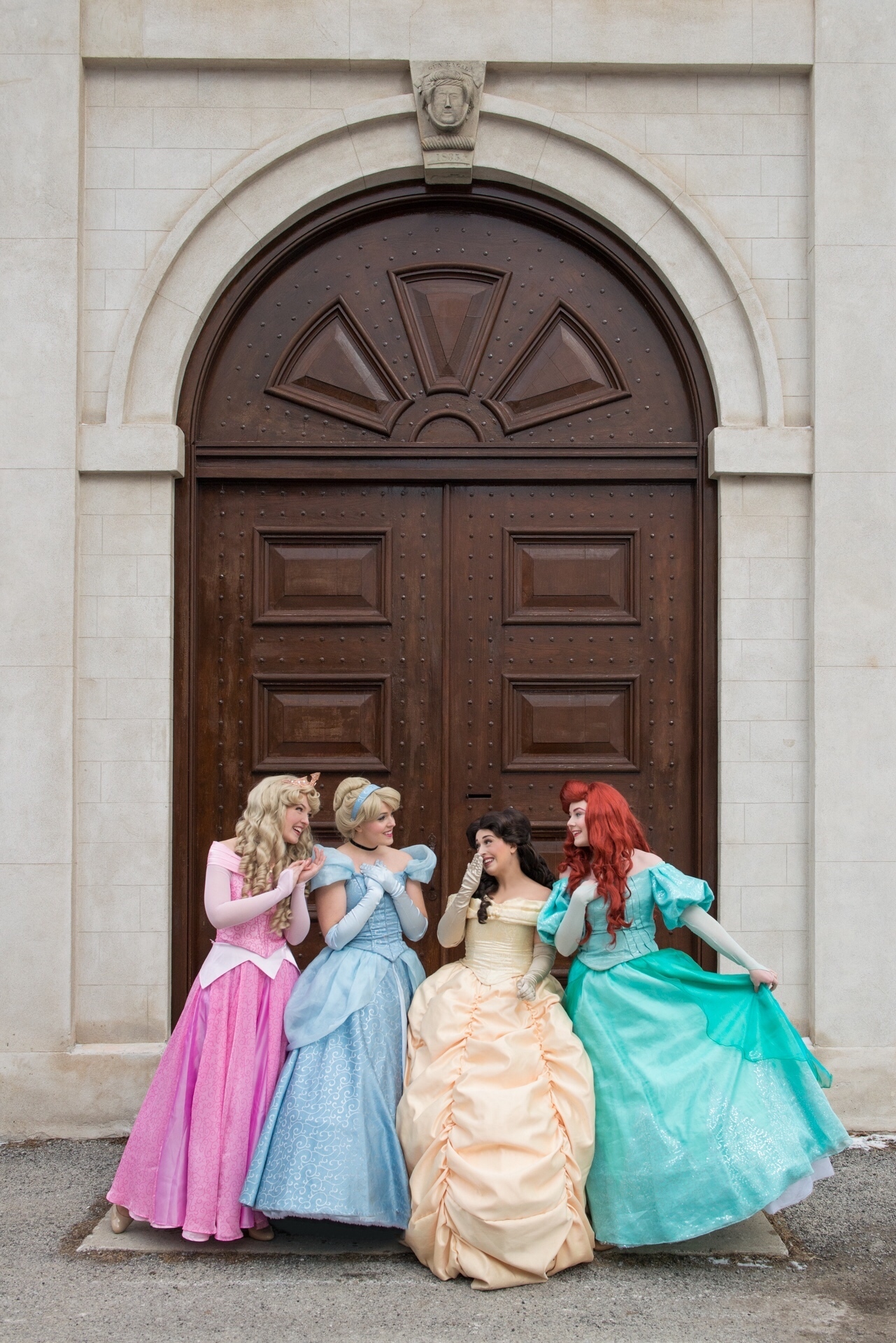 A: We want to encourage imagination and creativity. We want to show kids that big dreams can come true with hard work and determination and trusting yourself. When a kid is four years old, if Cinder Princess shows up to your party, that’s like our version of Beyonce. They’re going to hang off every single word we say, so it’s so important that we’re setting an amazing example.

People will say to me things like, ‘Oh, you’re a princess, it’s so superficial.’ And I say ‘Well no,’ all of these characters have gone through a lot in their lives. For example, even though the Cinder Princess’ stepmother and stepsisters were not very nice to her, she chose to love them anyway — which I think is such a great lesson about inner beauty and taking the higher road and being kind, generous and brave. 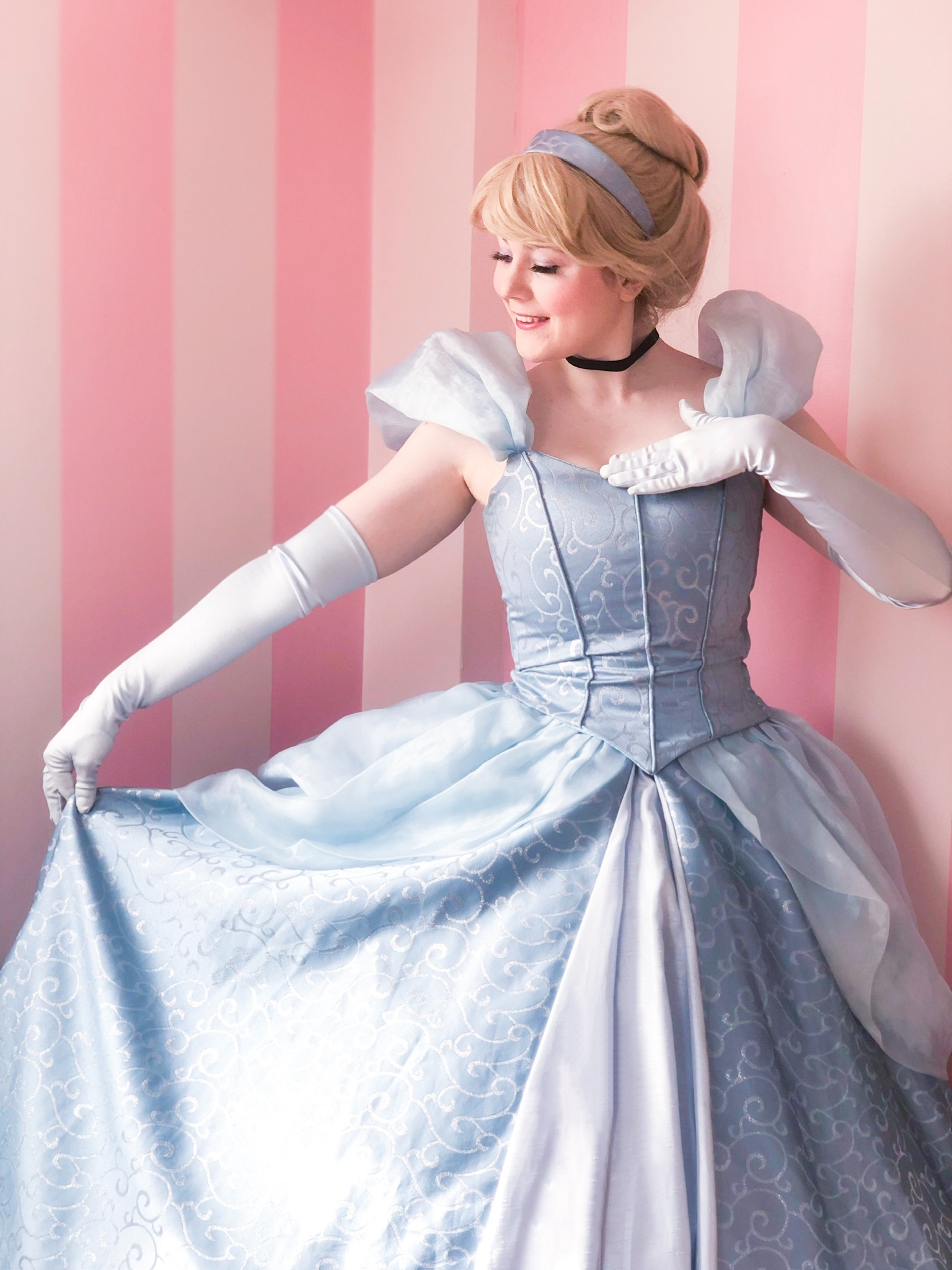 Q: What training does one need to become a Forever Fairest princess?

A: Everybody has to be able to sing. That is absolutely non-negotiable. Everyone has to have experience with kids and have background checks. And then once you’re accepted, you’re going to be doing different training for every character you play. When we come to the party, we look the part, we know the part, we sound the part. 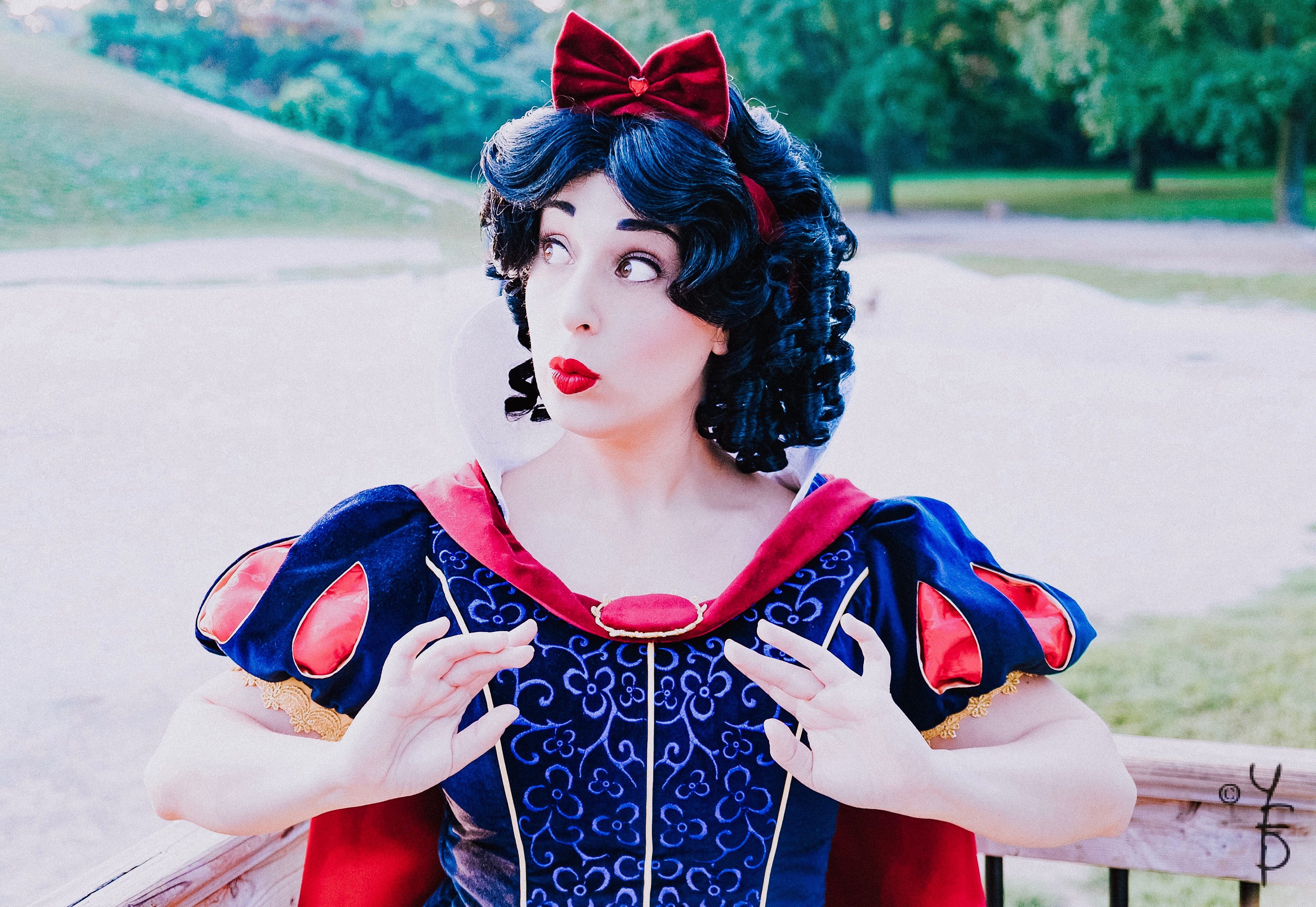 Q: How do you prepare for each character?

A: We rehearse and study our parts for months to years. We’ve mastered their mannerisms, their tone of voice, their songs, their history, the specific makeup they wear. You need to know how each character waves. They smile differently, they pose differently. And they all have different catchphrases. The Tower Princess is going to show up at a party and say, ‘It’s so great to see you, best day ever!’ whereas the Mermaid Princess might say, ‘Hi little angel fish, come on over!’ 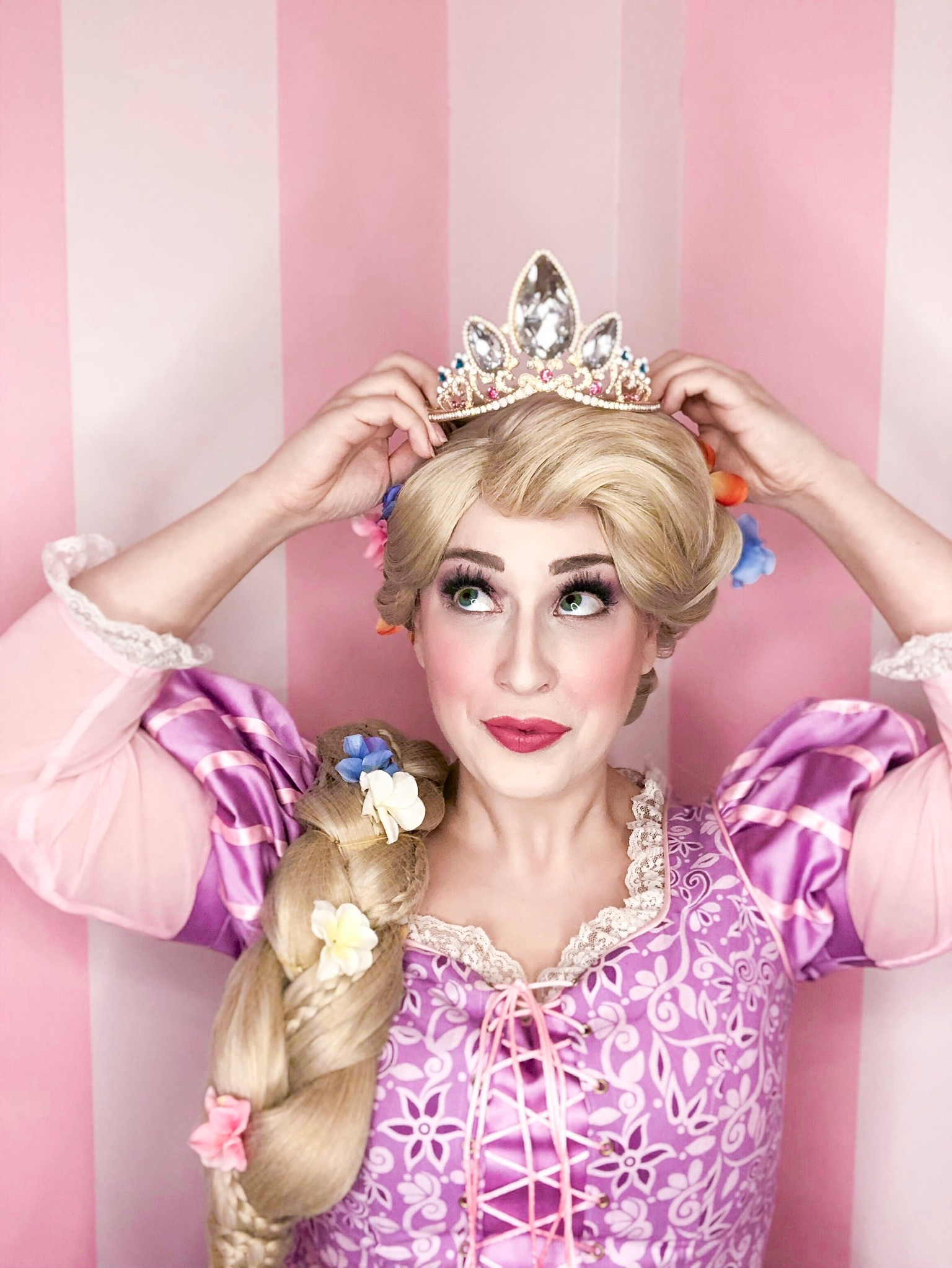 Q: What’s the most difficult part of the job?

A: Wigs are so hard to upkeep. One wear — especially doing an outdoor event — can destroy a wig. I’ve found only a couple of wig stylists who are fantastic, but I have to send them to the states and that’s expensive, and most likely means the character is out for anywhere between two to six weeks.

As a performer, one of the hard things is when kids will try to call you out and say, ‘Oh, you’re not real’ or ‘Oh, that’s just a wig.’ You have to improvise and redirect the question, comment or callout and try to move onto the next thing as quickly as possible. I definitely keep my cool but on the inside I’m like, ‘Oh my God, they know my secret!’ 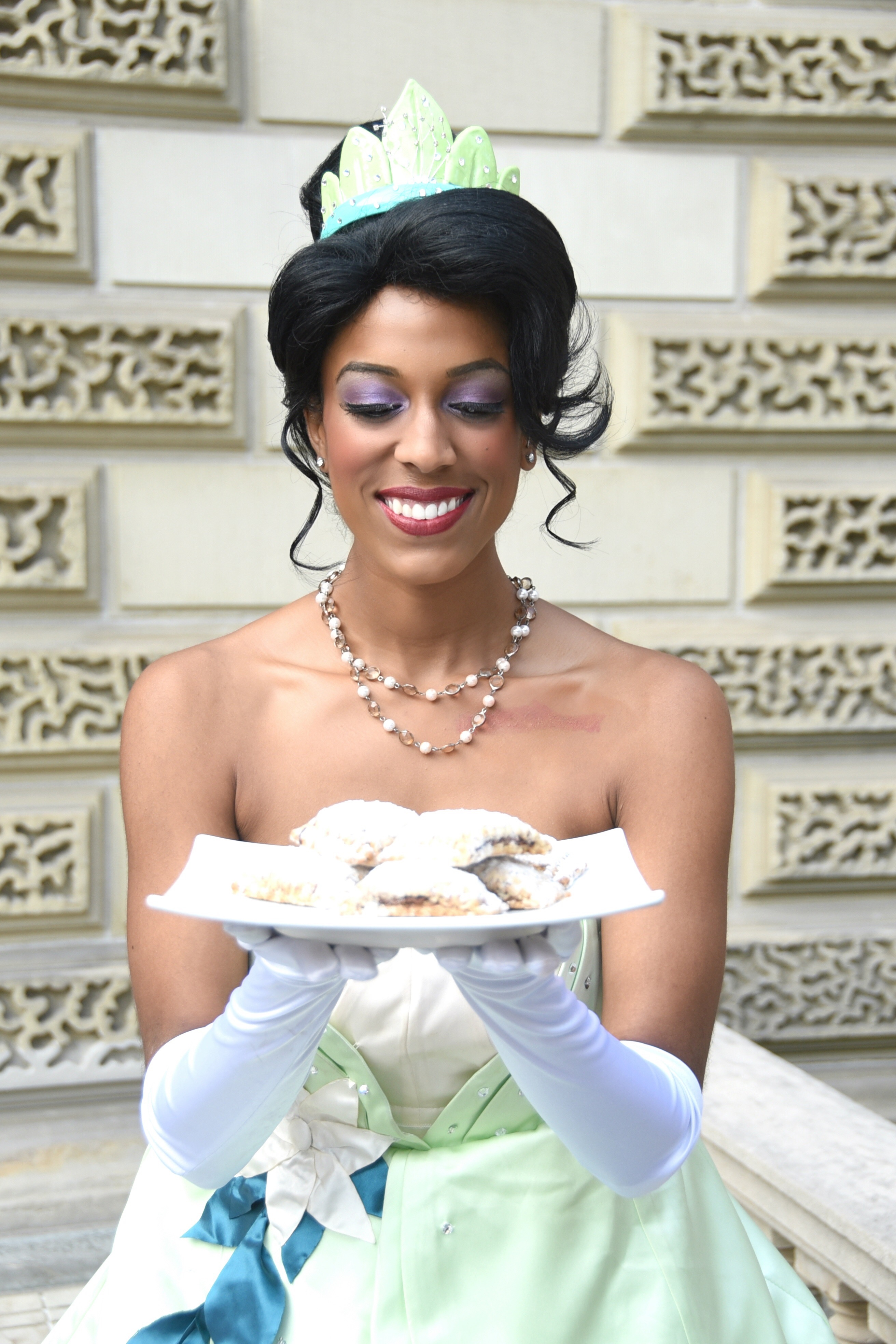 Q: And the best part?

A: Seeing the looks on the kids’ faces. They truly believe in the moment that they’re so important because this princess left her kingdom to come all the way to their house. That just means so much to me. 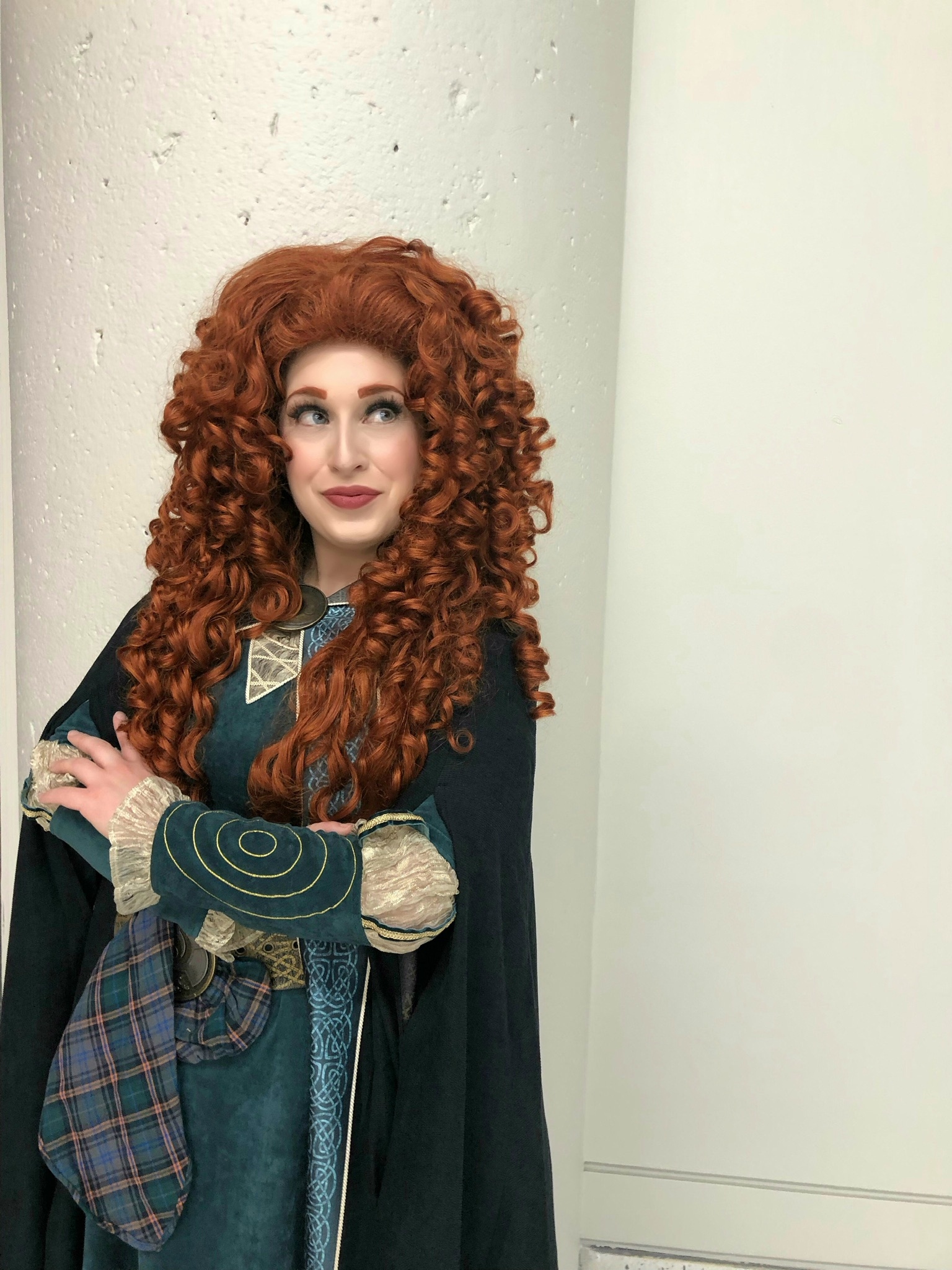 Q: How do you make do when your business hasn’t generated a profit yet?

A: I really do put most of my money into the company and not as much into going on vacations, going out for dinners. I’ll repair costumes myself when I can. I’m buying so many costumes [that are handmade and $2,000 to $3,000 a piece]. And there’s also the cost of the princesses.

They say it takes five years before you see any profit. So I’m hoping in the coming years business will increase and I’ll be making more. 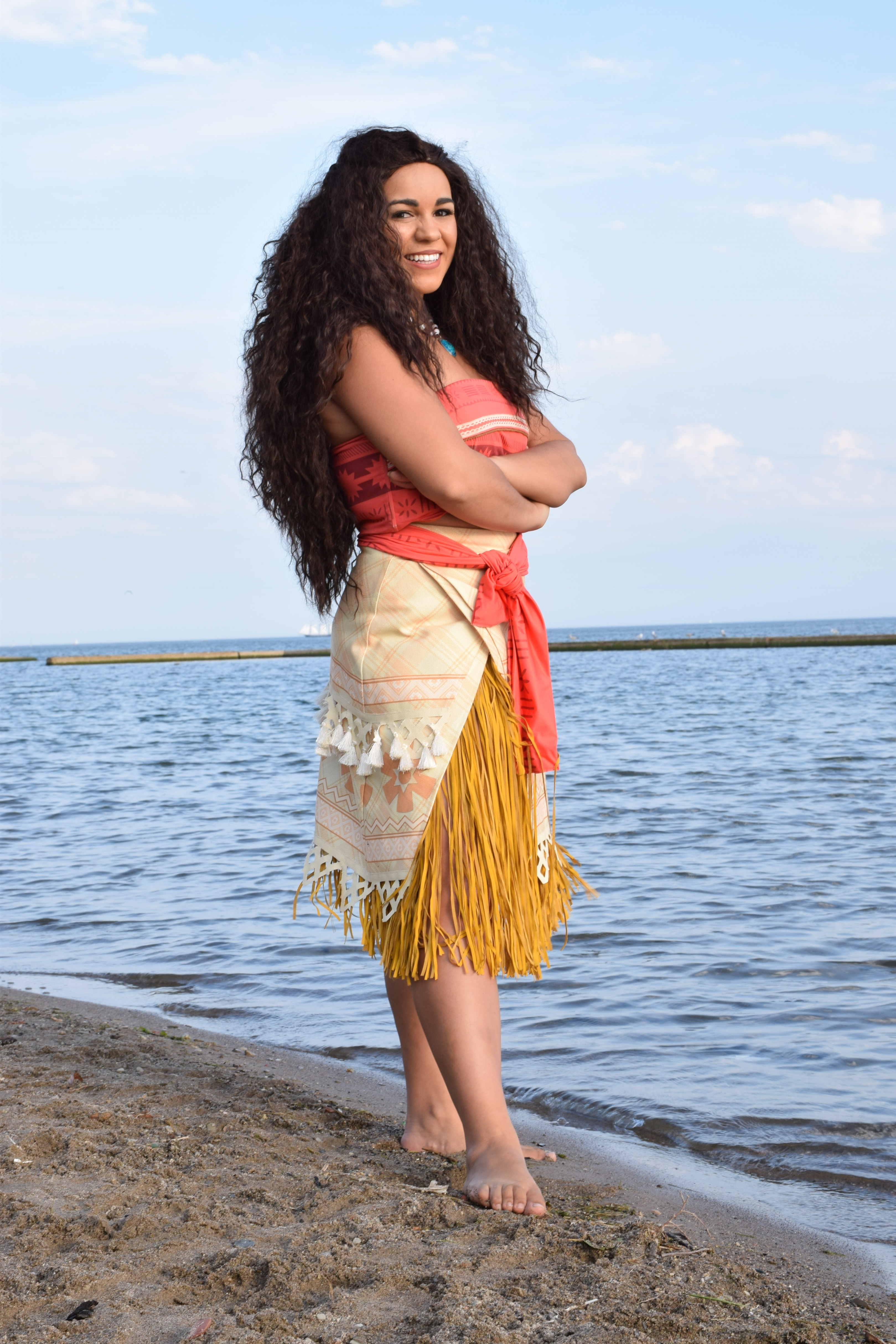 Q: Do you have a favourite princess or fairytale?

A: Beauty and the Beast. I saw that in theatres when I was really little and I’d seen so many fairytales before — but the princesses all had blonde or red hair. Then Belle came along and she has brown hair, and I have brown hair, and she loves to read books and I love to read books. I was always a quirky kid and everyone in Belle’s town thought she was a little odd, so I immediately identified with her. After I saw the movie, I decided to sing a song from it for kindergarten show-and-tell. So even then, I knew my calling. 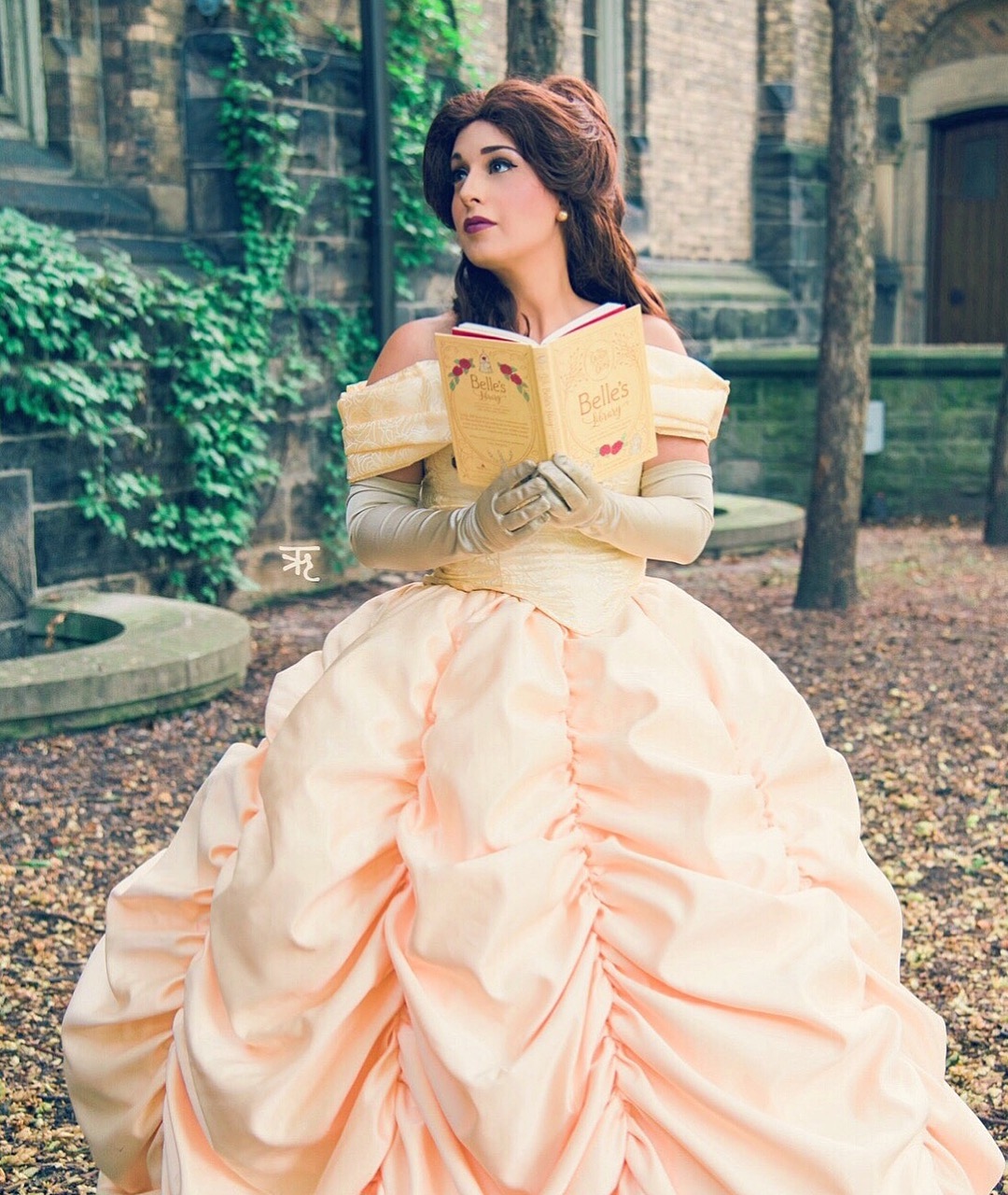 This interview has been condensed and edited for clarity. All images courtesy of Esther Vallins/Forever Fairest.