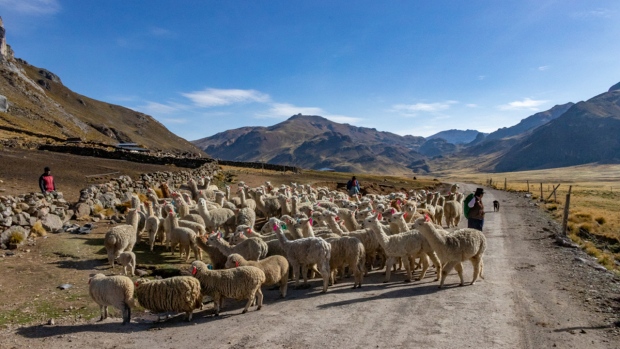 With a history of silver production that dates back centuries, Peru remains a key supplier of the precious metal to global markets. Indeed, Peru was second only to Mexico in silver production in 2020, generating 109.7 million ounces according to The Silver Institute.

Demand for silver is likely to grow in the coming years, as it has applications that tie directly to the electrification trend that is currently underway globally. As the world builds out its electric infrastructure, it will require increasing quantities of silver to make it happen.

Peru remains a key global mining jurisdiction, one Echelon Wealth Equity Analyst Gabriel Gonzales says, “has an exceptional mineral endowment including silver, gold, copper and other important minerals, and a well-developed mining sector complete with infrastructure and skilled labour.” That metal endowment includes 18.2 per cent of the world’s silver reserves, according to the United States Geological Survey.

Now, Silver X Mining Corp. (TSXV: AGX) is looking to add its own chapter to Peru’s storied history of silver production. Its flagship Tangana project in the province of Huancavelica, Peru is processing silver-polymetallic ore at an increasing rate, and Silver X has plans in the works to more than triple that production in the years ahead.

“Our intention is going to become a mid-tier silver producer in the next 3-4 years.”—Jose Garcia, CEO & Director, Silver X Mining Corp.

Nueva Recuperada: A beehive of activity

The project was historically one of Buenaventura’s mines. Silver X, in its former incarnation at Latitude Silver, took over the operation in 2017. It kept the mine operational, but it got a big boost in that effort last year when it merged with Oro X Mining to become Silver X Mining.

That merger wed Latitude’s in-country expertise with Oro X’s access to capital. The result was a board and management team responsible for more than $3 billion in mining transactions.

With this high-octane team in place as of July 2021, Silver X spent the back half of the year setting its production facility at Nueva Recuperada up for production and exploration growth.

Key to that effort was the recent upgrade of the processing plant from 600 tonnes per day to 720 tpd – that upgrade is due to come online in the next few weeks.

CEO Jose Garcia says, “our intention is going to become a mid-tier producer in the next 3-4 years.” Combined with the more than 4,100 m of mine development and 8,400 m of drilling conducted in 2021, the plant upgrade suggests Nueva Recuperada is well on its way to helping Silver X achieve Garcia’s vision for the company.

Exploration and further development opportunities on the horizon in 2022

2022 will see Silver X focus on expanding production at Tangana. It will be prioritizing underground mine development and resource expansion. The goal will be to mine Tangana’s extensive system of silver-polymetallic veins to provide feed for the plant.

That includes not just Tangana, but the nearby Cauca target and the past-producing Esperanza project. While Silver X completes another 9,000 m of underground workings to exploit multiple veins at Tangana, it will also complete 15,000 m of resource expansion, resource upgrading and exploration drilling on Nueva Recuperada as a whole.

As part of that effort, Silver X plans to have an NI 43-101 compliant resource estimate for the project in Q2 2022 and a preliminary economic assessment in Q3 2022.

Longer-term, Silver X wants to bring production to 2,500 tpd, a threefold increase. To achieve that goal, it is in the process of generating an Environmental and Social Impact Assessment (ESIA) for Nueva Recuperada.

Responsible development is a guiding principle for the company. In that respect, Silver X has the support of the local community. Garcia comments, “there’s a tradition of mining in the area and we have very compelling social programs. The mine is having a multiplying effect on the economy. It’s one of our competitive edges.”

As that process moves forward, another piece of the plan is to build an 8 million cubic tonne tailings storage facility. The environmental studies and community consultations for the ESIA allow for collaborative discussions with stakeholders while providing the company with a clear path to expanding operations. The ESIA is a key component of maintaining and strengthening Silver X’s license to operate.

With its map for growth clearly sketched out, Silver X offers investors an early-stage entry point into what looks to be a growing silver producer.

According to Garcia, Silver X “is in the right location, with the right team and the right access to capital.”

It’s a combination of assets that he believes sets Silver X up to be successful in the space. Add in a laser focus on sustainable mining operations, and the company’s future in this part of Peru appears bright.

Because Silver X has done things the right way at Nueva Recuperada, the company benefits from a strong social license in the region. That license keeps management focused squarely on minimizing the environmental impact of the project.

As the company moves deeper into 2022, it has a wealth of catalysts that could spur its share price higher. These include the upcoming resource estimate, the subsequent PEA and the results from an ambitious drilling program.

In Silver X Mining, Garcia believes investors have “a great opportunity to invest in the early stages of a silver producer.”

To learn more about Silver X, visit their website here.