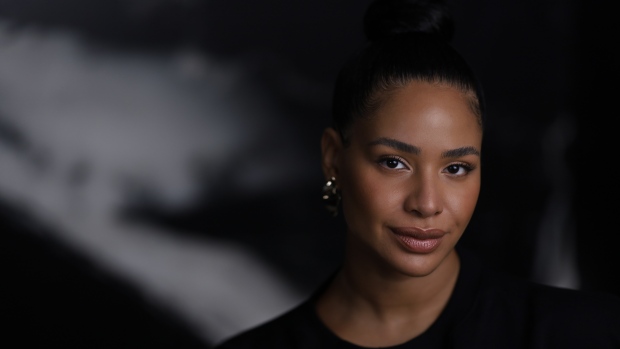 Courtne Smith is a serial overachiever. She parlayed a decade of being part of Drake’s management team into an entrepreneurship path that is all her own.

The self-described “extremely organized introvert” who was born and raised in Toronto has, at age 32, launched three companies and lived a very interesting life. As CEO of social media platform NewNew, which came to life last year, she finds herself among a tiny subset of tech founders who are Black and female.

Smith recognizes that there is little room for error in her position as a trailblazer. People of colour attempting to break down racial barriers face fierce scrutiny but she says she’s up for the challenge.

“I work well under pressure, when I know that the spotlight is on me. I know I need to be on my A Game,” she said in an interview. “If that’s what it takes to help other women have a chance and be taken more seriously, I’m willing to carry that on my back as far as I can.”

At the helm of NewNew, Smith is among fewer than 20 Black female founders who have managed to create a multi-million dollar venture-backed company. She says securing seed funding was difficult and believes that she and her co-founder, who is also Black, were treated differently by prospective investors who she claims viewed their project as inherently risky because there are few examples of successful tech ventures led by Black CEOs.

She and co-founder Filip Diarra first noticed that something was amiss when they began showcasing their creation in 2018. At the time, it was known as Suprize, an app that rewarded users with prizes for playing games daily. Smith says it had “a cult following” of young users between the ages of 17 and 22; and that she and Diarra invested a total of $25,000 of their own money into developing the platform.

“The traction and coverage that we got for the amount we put in was incredible. It could rival a Series A company,” she said, referring to a level of investment that comes after initial seed capital and typically allows a startup to expand by hiring and investing in equipment, inventory, research and development.

“But we quickly realized when meeting people that what we built was being compared to what other apps had built with $8 to $10 million,” Smith says.

She describes the reception they received as puzzling, especially after conversations with other companies that easily secured larger amounts of funding despite not having a minimum viable product. “It was because they went to the schools that people wanted to hear and they looked like a safer bet because they weren’t Black,” she says.

According to Project Diane, which tracks the state of Black and Hispanic founders in the U.S., Black female-led startups have received less than 0.1 per cent of total venture capital funding raised.

Colin Lynch is the co-founder of the Black Opportunity Fund, which brings together businesses, philanthropists and foundations to combat anti-Black racism in Canada. He says that based on conversations with more than 1,000 leaders across the country, the state of diversity in venture capital in Canada is similar to the U.S.

“A very small proportion of venture capital is allocated to Black-run companies—I’d estimate less than one per cent. This is certainly less than the 3.5 per cent of Canada’s population that the Black community represents. When we focus on Black female-led companies, that proportion is close to zero per cent,” Lynch said in an interview.

Smith began her career in 2009 as Toronto rapper Drake’s personal assistant; a job she juggled while studying business marketing at Ryerson University. As Drake’s success grew, so too did the demands of her side hustle.

“It got really ridiculous to the point where I would be in class and my phone would be going off all the time. I’d run out of class because I was always on-call,” she says.

She decided to leave school to be his assistant full-time and became the only female member of his management team within three years. In her twenties, she traveled around the world with Drake and his entourage.

“I met all these people that you see on TV, hung out and became friends with them. It was crazy to meet really inspiring people in business, tech, sports and entertainment.” Smith says she got to know many of them on a personal level and she often asked about their journey to success.

She says she was born entrepreneurial but that her ability to pivot is something she got from her father, the late Bruce Smith, a former captain of the Canadian Football League’s Toronto Argonauts and Grey Cup champion

Neither Smith nor her co-founder have a background in tech and she believes that this “outsider perspective” gives them an edge.

“We’re not afraid to throw things at the wall, we iterate on a weekly basis and we’re always listening to user feedback to build the product in the way that people really want,” she says. “We don’t attach ourselves to things that we like personally because of ego.”

That innovative approach led Smith and Diarra to pivot from Suprize, an app they created which rewarded winning users with prizes that ranged from “concert tickets to cool sneakers to really hot makeup that was just released.”

They discovered that Suprize’s business model wasn’t sustainable and replaced it with NewNew which, after a cash injection and a subsequent round of seed funding, has become a social media decision-making platform. Unlike other platforms that focus on likes, Smith says NewNew is an organized way for businesses and influencers to poll people, discuss poll findings and lead them to advertising and purchases based on their votes. It was described in Forbes as “TikTok meets Facebook.”

“NewNew is not so much about reviewing products, it’s people reviewing each others’ lives. It’s almost like how people decide what they should watch, where they should go, what they should eat,” says Smith. “There’s already big interest in what we’re doing. We want to give people a rich experience around decision-making and voting.”

Although Smith says it has gained significant traction, NewNew is running as a beta version and will be getting an overhaul based on user feedback this month. Her goal is to “own the polling and decision-making vertical” in social media and change perceptions about Black-led tech companies.