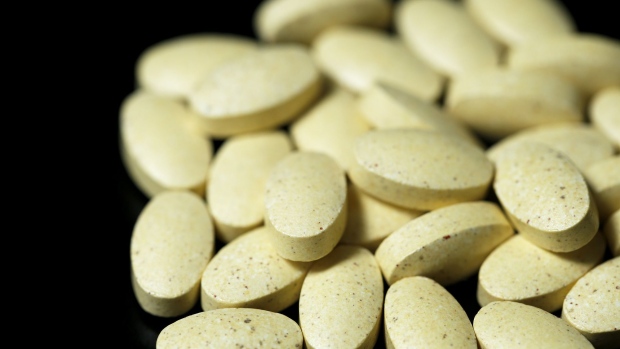 Tablets of multiple vitamin and minerals supplement are arranged for a photograph in Tokyo, Japan. , Bloomberg

A self-described “concierge wellness doctor,” Jonathan Leary founded Remedy Place in West Hollywood, Calif., two years ago. It’s a 5,000-square-foot private members’ club that’s part Soho House, part New Age spa, at which Leary and his team offer everything from infrared sauna suites and cryotherapy to guided ice baths, combining traditional medicine with holistic practices. Leary, who is not a medical doctor but holds a doctorate in Chiropractic Medicine and Alternative Medicine from the Southern California University of Health Sciences, believes the blend contributes significantly to overall health. And pro athletes and such entertainment industry clients as Shaun White, Kacey Musgraves, and Nicole Scherzinger, who are clients, agree. He’s about to launch a new podcast to promote his theories and the practice, Remedy Voice.

In a typical year before the pandemic, he logged up to 150,000 miles in the air, shuttling regularly between New York and California, as well as making frequent trips to Europe. He’s matter-of-fact about his approach to hopping on a plane during the COVID-19 era: “My routine is pretty similar [to before] in the sense that I always know that there's nothing that I can do to limit my exposure to the bacteria and the viruses out there,” Leary says, “The only thing that I really have control over is my health and my internal defense system, so I just make sure that my diet is super clean.”

He lives in West Hollywood. Here are his travel and wellness trips, learned from a career of practice and personal experience.

Leary always advises patients to load up on one vitamin before they travel.
“Magnesium is the one nutrient I kind of mandate [to my clients], and here’s why: We lose magnesium very easily, because we lose it through sweat. People in LA that work out every single day? They tend to be low on magnesium. So I tell patients to load up on magnesium glycinate. When you are in a plane, it disrupts your digestive system, dehydrates you, and leads to your body feeling tight; when you have low magnesium levels, the muscles will be tighter. If all the muscles in your body are relaxed, you’re more likely to sleep and be de-stressed. Remember that your intestines are muscles, too, so magnesium will also get your bowels moving again. It helps calm you down and prepare you for sleep, no matter which time zone you land in.”

This city-state isn’t just a worthwhile destination but also the ideal base for exploring nearby.
“My favorite view is from the Marina Bay Sands hotel. It overlooks Singapore, this lush green city that is so clean. That is the prettiest manmade view I know. I had so much fun in Singapore. I love New York, but to go to a city that is perfectly clean and lush, and every building is just covered in greenery? It’s like the perfect blend of nature infused into a city. And it’s such a great hub for travel, too: Every time I go there, I can go over to Bali, to Phuket, and to Bangkok.”

Bring a ball to help release the muscles on a long flight, but don’t expect it to be comfortable.
“Being stagnant on a plane for a long flight only gets harder on the body with age. But you can’t really travel with a foam roller or Hyperices, so I take a lacrosse ball. You can go way deeper [into muscle massage] with this than a tennis ball. When you’re doing active release therapy, it’s supposed to be really uncomfortable. You should get this shortening of breath where you’re on the right spot, and you’ll be, like, ‘Ohhhhh.’ So the more concentrated and firm a ball is, the bigger the release. If you use a firmer ball, you can also cut the time to use it in half, so it’s a win-win. I would much rather get a better release faster. It doesn't matter where I am. It doesn't really look weird to roll out your foot on your flight, or even sit on it while you're on a flight.”

These two lesser-known Greek islands are even better than Mykonos and company
“One of my patients, who created Google Maps, had a five-day baptism for his baby—which he had very late in life when he was reunited with his first love. She’s Greek, and they had it on the island of Spetses, which is one of my favorite places in the world. A friend once described the island as ‘the hidden Hamptons of the Mediterranean.’ The one main hotel, called the Poseidonion, feels like a Great Gatsby house. I sat down with the owner and had a coffee with him for three hours; I met him on that trip, and just to hear his life story and how he created this hotel. And take a day trip to Hydra, where all the houses are built into the cliffs. There is this gorgeous beach club, too, called, the Sunset Restaurant. We had dinner there, overlooking the water. It was that perfect European trip that we all want and need in our life.”

This single hotel amenity makes even a five-star property feel homey and welcoming.
“I stayed at Ham Yard Hotel in London, which I love. It had the first honest bar I’ve ever experienced in my life. You can just pour a glass of wine and read your book, sitting in this gorgeous library with a fireplace and a fire. Having so much trust in people makes you feel like you’re at home and in your safe zone. I felt like I got my first true London experience. I stayed there five years ago, and that’s now my go-to hotel when I’m in London.”

Go for a hike, not a run, after touching down in a new locale. Leary believes it’s good for more than just your jet lag.
“We used to think all these hippies were crazy when they’d say, ‘Go outside and ground yourself with the Earth.’ But now we're actually showing these studies that, no, you need to be outside, and you need to be around these plants. One of the things I suggest is to go on hikes around different plants at in different parts of the world; not just at ground level in a park, but to different altitudes. Breathing the air around certain plants is one of the best ways to restore the healthy bacteria in your gut.”

Leary recommends starting trip prep a week before you step into a plane.
“I live a really healthy life, but even more so in the week leading up to a big trip. It’s really, really important, because everyone gets a little sloppy with their health regimen when traveling. And I always get a vitamin IV before I travel—ideally, the day of, but as close to the travel date as you can. Every three hours in the air, you lose a liter and a half of water, and if you’re dehydrated, not only are your aches and pains going to be worse, your digestion and immune system will be. Get [an IV drip] that has the right nutrients for you. If you get an excess of anything, you’re just going to flush it out, so you won’t feel too much different, other than the hydration. Naturopath doctors are going to analyze what you need, instead of just throwing a bag of nutrients at you.”