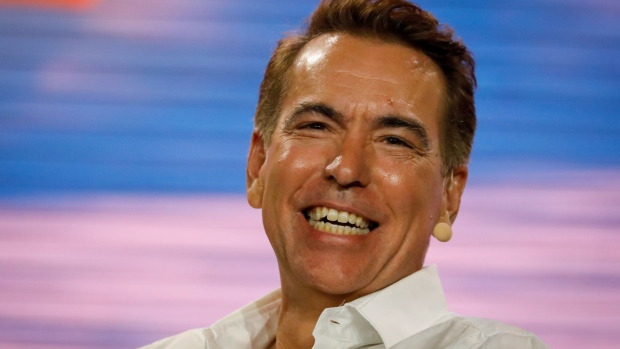 Orlando Bravo, co-founder of Thoma Bravo LLC, during the Bitcoin 2022 conference in Miami, Florida, U.S., on Thursday, April 7, 2022. The Bitcoin 2022 four-day conference is touted by organizers as "the biggest Bitcoin event in the world." , Bloomberg

Magnet Forensics, which makes digital investigation software, will merge with Grayshift LLC, a company that Thoma Bravo acquired last year, according to a statement Friday, confirming a Bloomberg News report.

Most investors will get $44.25 for their shares. Rolling shareholders, including some members of the board, will get $39.00 for each subordinate and multiple voting share they hold.

Magnet Forensics provides software to the military, law enforcement, businesses and others for conducting investigations, from workplace matters to criminal cases and cybersecurity threats, according to its website.

It was started by a former police officer,Jed Saliba, who was assigned to a digital forensic unit after being diagnosed with cancer and realized that the tools to fight cybercrime were lacking. He launched the company around 2010 with Adam Belsher.

Jim Balsillie, a retired chairman and co-chief executive officer of Research in Motion, which is now known as BlackBerry, is a backer and director of Magnet Forensics. He will sit on the board of the combined company, according to the statement.

Thoma Bravo is one of private equity’s busiest investors in the software space. Magnet Forensics is its first take-private transaction in Canada, according to data compiled by Bloomberg. It also invested in private Canadian company Circle Cardiovascular Imaging Inc. last year.

“We are excited to announce the acquisition of Magnet which will bring together Grayshift’s mobile forensics capabilities with Magnet’s digital investigation software suite to provide a comprehensive digital forensics offering,” said Hudson Smith, a partner at Thoma Bravo.

Morgan Stanley and CIBC worked with the company’s special committee.