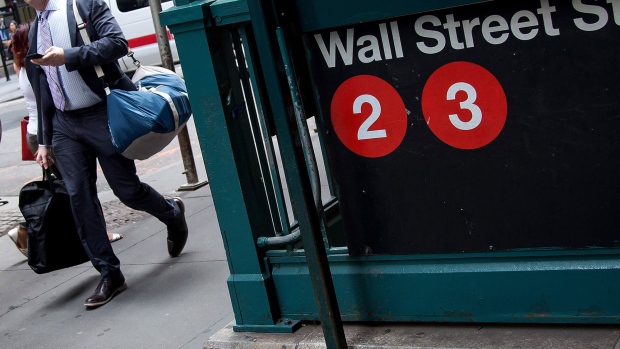 (Bloomberg) -- Technology-focused private equity firm Thoma Bravo is considering raising a new $15 billion fund early next year, after gathering $12.6 billion for its latest pool in January, according to people familiar with the matter.

The firm, which has offices in San Francisco and Chicago, could begin fundraising for its 14th flagship fund as soon as the first half of 2020, said the people, who asked to not be identified because the matter isn’t public. Executives at the firm believe there is sufficient software deal flow on the horizon to justify a new fund, one of the people said.

The firm’s plans underscore the fundraising boom in private equity, as yield-hungry investors pour money into the asset class. Blackstone Group LP has set a $25 billion cap on its latest fund, people familiar with the matter said in May, which would make it the industry’s largest fund ever if it hits that number.

Private equity firms raised $163 billion in the third quarter, surpassing the $138 billion raised in the prior three months, according to data provider Preqin Ltd.

While private equity firms tend to raise a new, 10-year-fund every three-to-five years, firms will shorten that time frame when they believe there’s an opportunity to deploy capital quickly or in larger quantities.

Thoma Bravo has announced at least 12 acquisitions this year, according to data compiled by Bloomberg, including a deal announced this week for IDS, a provider of asset-finance software. In April, it closed a $3.7 billion acquisition of mortgage software provider Ellie Mae Inc.

Orlando Bravo, a founder and managing partner of the firm, discussed its investment strategy in a fundraising presentation in September 2018 before the New Hampshire Retirement System’s investment committee, according to the public minutes of that meeting.

"He discussed the wide range of software investing opportunities available to the firm, noting that the investable universe is highly receptive to private ownership," according to the minutes. "Mr. Bravo offered a discussion on the highly efficient nature of the market, which allows companies to grow quickly and provide a favorable return in a short period of time."

The committee unanimously agreed to commit $50 million to Thoma Bravo Fund XIII LP, the fund that closed oversubscribed and at its hard cap in January.

To contact the reporters on this story: Kiel Porter in Chicago at kporter17@bloomberg.net;Gillian Tan in New York at gtan129@bloomberg.net