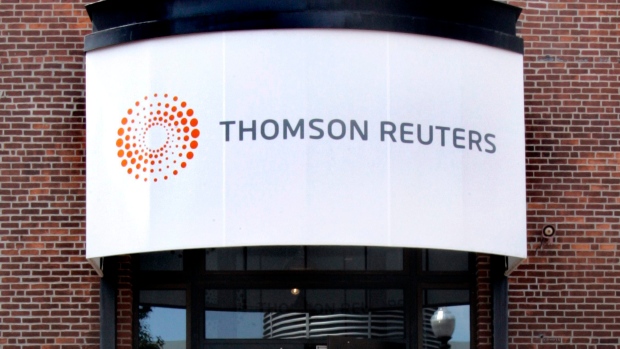 A pedestrian walks out of Thomson Reuters in Boston. , The Canadian Press

TORONTO - Thomson Reuters Corp. raised its dividend as it reported a fourth-quarter profit of US$562 million and beat expectations.

The company, which keeps its books in U.S. dollars, says it will now pay a quarterly dividend of 40.5 cents per share, up from 38 cents.

The increased payment to shareholders came as Thomson Reuters says it earned US$1.13 per diluted share for the quarter ended Dec. 31, down from a profit of US$1.32 billion or US$2.64 per diluted share a year ago when it benefited from a large one-time gain.

Analysts on average had expected an adjusted profit of 46 cents per share according to financial data firm Refinitiv.