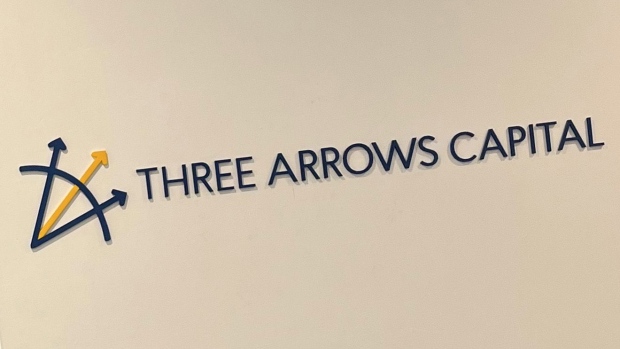 (Bloomberg) -- The fight between the founders of defunct crypto hedge fund Three Arrows Capital and the court-appointed liquidators charged with unwinding their assets has reached Thailand. Su Zhu, who along with his co-founder Kyle Davies, has been evasive about his whereabouts since the spectacular collapse of their fund, delivered an affidavit in person in Bangkok on August 19, according to a notarized document seen by Bloomberg News.

In the affidavit, Zhu accused the liquidators of misleading the High Court of Singapore about the hedge fund’s structure. Three Arrows shifted its registration to the British Virgin Islands after having previously operated out of Singapore. Zhu in April had also disclosed plans to move the fund’s headquarters to Dubai.

A court in the British Virgin Islands in June appointed advisory firm Teneo to liquidate Three Arrows’ assets. The fund’s implosion and failure to meet margin calls precipitated a series of market declines and fueled significant distress among its creditors. The fund’s liquidators have accused the two founders of failing to cooperate with their efforts, court papers show, a characterization Zhu challenged on Twitter.

The liquidators have said in court that Zhu and Davies have provided “rather selective and piecemeal disclosures” about the fund’s assets. Zhu’s affidavit alleges the liquidators “had not provided an entirely complete or accurate version of events” to the Singapore court, which earlier this week formally granted a petition by Teneo to recognize the liquidation order in the country.

In the affidavit, Zhu cites multiple different entities in his and his co-founder’s financial universe. According to Zhu, the liquidators have offered “inaccurate and misleading” representations of the operations, relationships and timelines associated with these entities in their petitions to the Singapore court.

“The joint liquidators strongly disagree with the positions set out in Su Zhu’s affidavit,” a statement provided by Teneo representatives said. The liquidators have filed responses to the Singapore court, according to the statement. They declined to comment on specific positions pending the court’s decision.

Zhu identified himself as a director of Three Arrows Capital Pte Ltd, or TACPL. This entity, according to Zhu, first became a registered fund manager in Singapore “in or around” August 2013 and was licensed there until July 31, 2021.

The entity formerly registered in Singapore, TACPL, ceased to be the investment manager for the master and feeder funds as of Sept. 1, 2021, according to the affidavit. In its place, enter a fourth entity: ThreeAC Ltd, domiciled in the British Virgin Islands and which has operated as investment manager for those funds “since in or around August 2021.”

The specifics of these representations matter, according to Zhu, because the fund’s Singapore entity, TACPL, may not be able to fully comply with the liquidators’ wide-ranging demands for information. TACPL is the entity of which Zhu identified himself as a director.

TACPL is concerned “about the potentially draconian consequences arising from the Liquidators’ exercise of their wide powers,” the affidavit said.

Zhu noted that TACPL’s officers and representatives, of which as a director he is one, could themselves face fines and imprisonment if they are found in contempt of the court.

The liquidators “rely on full and immediate cooperation from relevant parties, including those situated in Singapore,” according to the statement provided by Teneo. “We remain optimistic that such parties will provide access to complete records and all relevant information to enable us to discharge our responsibilities fully in the interests of the creditors of 3AC.”

(Updates with comments from liquidators in sixth, final paragraph.)