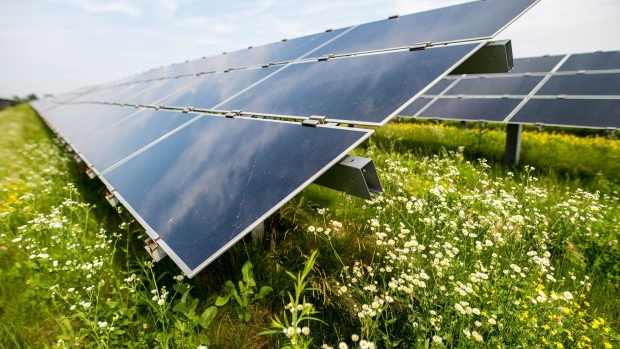 (Bloomberg) -- China Three Gorges Corp. is emerging as the leading bidder for Spanish solar park assets owned by X-Elio Energy SL, in what could become one of the few Chinese acquisitions in Europe this year, people familiar with the matter said.

Three Gorges and the Spanish renewable developer are hammering out final terms of an agreement and could announce a deal as soon as the next few days, the people said. Negotiations are ongoing, and talks could still fall apart, the people said.

Other bidders remain interested in the assets, according to the people. Shanghai Electric Power Co., another state-backed electricity generator, was also among the shortlisted bidders for the portfolio, Bloomberg News reported in June.

An agreement would represent a rare overseas deal by a Chinese company as governments in Europe and the U.S. stepped up scrutiny on investments amid escalating political tensions. The volume of Chinese outbound acquisitions fell 34% in the first half of the year to $24.5 billion, the lowest tally for that period since 2012, according to data compiled by Bloomberg.

Founded in 2005, Madrid-based X-Elio runs 41 solar plants and operates in 12 countries, according to its website. The company is co-owned by Brookfield Renewable Partners LP and the private equity firm KKR & Co.

A representative for Brookfield declined to comment, while spokespeople for KKR and X-Elio weren’t immediately available for comment. A representative for Three Gorges didn’t respond to an email and call to his mobile phone seeking comment outside regular business hours in Beijing. Calls to Shanghai Electric Power’s office also weren’t answered.

Chinese companies have shown an interest in expanding in the Iberian peninsula. Shanghai Electric was previously pursuing Spanish renewable energy assets owned by construction firm ACS that ended up being bought by Galp Energia SGPS SA, people with knowledge of the matter have said. Three Gorges last year called off a $10 billion takeover of EDP-Energias de Portugal SA.