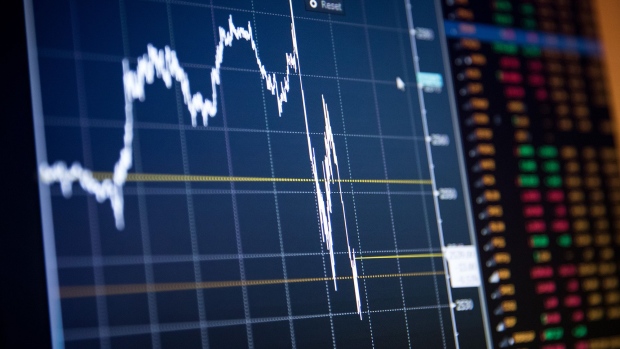 (Bloomberg) -- Some of the biggest US institutional investors, from Tiger Global Management to Yale University’s endowment, were busy dumping stocks from their portfolios in the second quarter as markets cratered.

Chase Coleman’s Tiger Global, whose hedge fund plunged 50% through the first half of the year, picked up where it left off in the first quarter, as it continued to reduce risk. The firm’s aggregate exposure to stocks -- which includes share sales and declining values -- dropped by about 55% to $11.8 billion. That’s down from $46 billion at the end of 2021.

Monday was the deadline for hedge funds and thousands of other institutional investors, including pensions and endowments, to report certain US equity holdings to the Securities and Exchange Commission through quarterly 13F filings.

Yale was among several university endowments that joined the flight to safety. The school in New Haven, Connecticut, liquidated six long positions, leaving it with just two: a Vanguard emerging-markets ETF and an iShares ETF that tracks the S&P 500. Princeton University in New Jersey sharply reduced its stake in mining company Lithium Americas Corp., one of just three stocks it owns. Harvard, the richest US college, pared its stake in Facebook parent Meta Platforms Inc. while acquiring one new position, chipmaker ASML Holding NV.

Michael Burry, who rose to prominence after a winning wager against mortgages in the run-up to the 2008 financial crisis, has recently warned that a similar crash could be looming for markets. His Scion Asset Management exited 11 long positions. His lone purchase in the quarter was a $3.3 million stake in private-prison operator Geo Group Inc.

While many money managers did more selling than buying, they still took advantage of the market swoon to add to a few beaten-down names.

Coatue boosted its Amazon stake by 36%, making it the firm’s fourth-biggest holding.