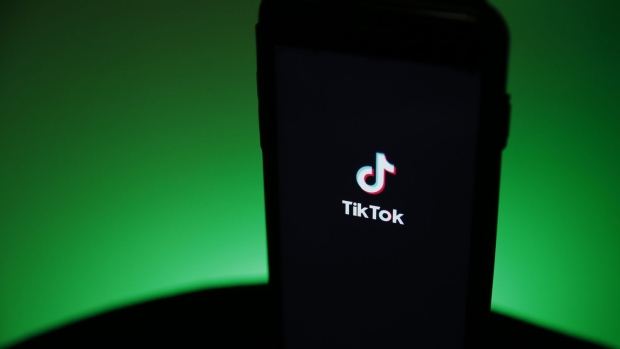 The download page for ByteDance Ltd.'s TikTok app is arranged for a photograph on a smartphone in Sydney, New South Wales, Australia, on Monday, Sept. 14, 2020. , Bloomberg

The Trump administration has given the owner of TikTok another 15 days to resolve national security concerns before it’s required to sell the viral video-sharing app.

The app’s Chinese owner, ByteDance Ltd., said in a court filing Friday that the Committee on Foreign Investment in the U.S. had granted it until Nov. 27 to reach an agreement, extending a deadline that was set to expire on Thursday. TikTok declined to comment on the filing.

ByteDance challenged the Thursday deadline in court in Washington on Tuesday, saying the government hadn’t responded to its latest efforts to strike a compromise and prevent an enforced sale.

The sale deadline was one element of an array of threats aimed at TikTok by the Trump administration. For months, the app faced the prospect of a U.S. ban that was also set to go into effect on Nov. 12. But federal judges in Washington and Pennsylvania have blocked those prohibitions. The Commerce Department said on Thursday that it would comply with those orders, even as the government appeals the decisions.

The sale order was part of a separate process overseen by the Treasury Department. The penalties that ByteDance would face if it failed to sell TikTok to a U.S. company by Nov. 12 were never clearly spelled out, though the order said the Justice Department could take “any steps necessary” to enforce the sale.

The U.S. contends that TikTok is a national security threat, saying it could give China’s government access to the personal data of millions of Americans because it’s owned by a Chinese company. President Donald Trump has made the battle over TikTok a central front in his broader crackdown on the influence of China’s technology industry in the U.S.

But he has said nothing about TikTok since last week’s election, focusing instead on his legal battles to upend the vote. In its court filing challenging the Nov. 12 sale deadline, ByteDance said it hadn’t heard back from Cfius after offering a compromise to resolve the government’s national security concerns and avoid a forced sale.

ByteDance had sought U.S. approval for a deal to sell a stake in the app to Oracle Corp. and Walmart Inc. before the Thursday deadline. That agreement appears to be in limbo amid court fights and the election.

--With assistance from Shelly Banjo.