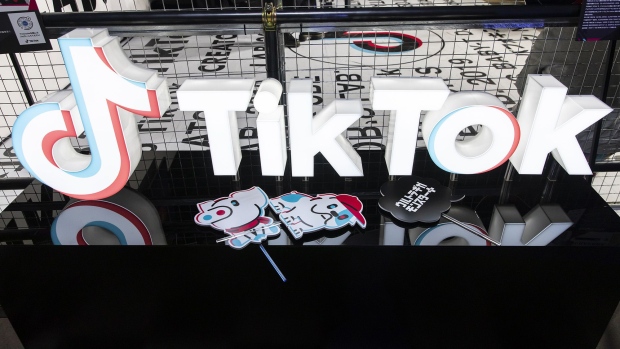 ByteDance Ltd.’s valuation has risen at least a third to more than US$100 billion in recent private share transactions, people familiar with the matter said, reflecting expectations the owner of video phenom TikTok will keep pulling in advertisers despite the Covid-19 pandemic.

Stock in the world’s most valuable startup has changed hands recently at a price that suggests its value has risen more than 33 per cent from about US$75 billion during a major round of funding two years ago, the people said, requesting not to be named because the issue isn’t public.

Some of those transactions valued the Chinese company at as much as US$140 billion, one person said.

The trades are private transactions and may not fully reflect broader investor expectations.

ByteDance has grown into a potent online force in recent years, propelled in part by a TikTok short video platform that’s taken U.S. teenagers by storm. Investors are keen to grab a slice of a company that draws some 1.5 billion monthly active users to a family of apps that includes Douyin, TikTok’s Chinese twin, as well as news service Toutiao.

The company was in the very early stages of exploring a share sale abroad last year, people familiar have said. But any float remains a longer-term objective given ByteDance remains well-funded, the people added. ByteDance declined to comment on Wednesday. Its backers include SoftBank Group Corp., General Atlantic and Sequoia.

Its most recent market valuation puts the Chinese startup in the ballpark of industry stalwarts such as HSBC Holdings Plc or International Business Machines Corp.

ByteDance -- whose TikTok remains the venue of choice for half a billion lip-syncing, dancing music video aficionados -- is now going head-to-head with Chinese internet leaders from Tencent Holdings Ltd. to Alibaba Group Holding Ltd. for user traffic and marketing dollars.

It’s also strengthening its operations in newer arenas such as e-commerce and gaming. ByteDance this year kicked off a wave of hiring it envisions hitting 40,000 new jobs in 2020, hoping to match Alibaba’s headcount at a time technology corporations across the globe are furloughing or reducing staff.

Longer term, the company will have to grapple with rising scrutiny from Washington. Two prominent senators have urged investigations into TikTok, labeling it a national security threat.

--With assistance from Katie Roof.