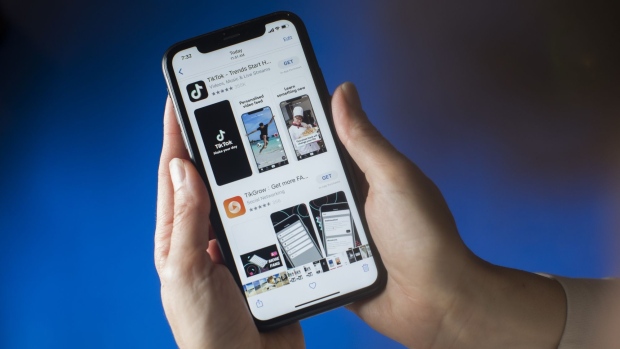 (Bloomberg) -- TikTok is planning an aggressive expansion into e-commerce in the U.S., the Financial Times reported, citing people who have seen the social media app’s plans for new features it will introduce this year.

Among those features is a tool that allows TikTok’s most popular users to share links to products and automatically earn commissions on sales. TikTok is also rolling out “live-streamed” shopping, a mobile phone version of television shopping channels, where users can buy goods with a few taps. It’s also seeking to let brands show their catalogs, according to the report.

TikTok, which is owned by China’s Bytedance Ltd., unveiled a partnership with WPP Plc last week that offers access and marketing capabilities on the viral-video platform to the London-based advertising agency’s network and clients.

TikTok appears to be about to skip a desktop experience “and go straight into commerce,” Jack Smyth, creative technology officer at Mindshare, which is part of WPP, told the newspaper. TikTok is well placed for live-streamed commerce “to capture the dissolving distinction between content and commerce,” Smyth was quoted as saying.

The tools will step up TikTok’s competition with Facebook Inc. for e-commerce spending, according to the FT. TikTok also is said to have plans this year to build out the capability of brands to place their own ads online rather than through a sales representative, the FT said.

To view the source of this information click here.