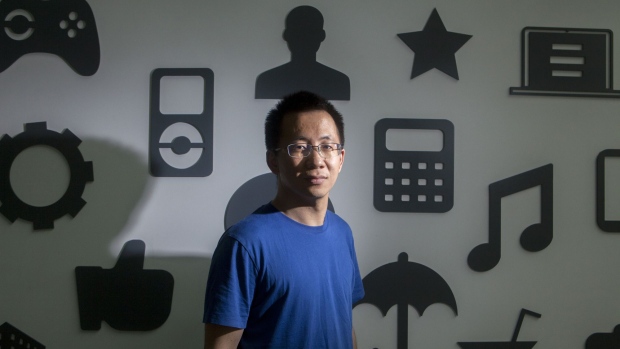 The TikTok app is displayed in the app store in this arranged photograph in view of a video feed of U.S. President Donald Trump in London, U.K., on Monday, Aug. 3, 2020. TikTok has become a flash point among rising U.S.-China tensions in recent months as U.S. politicians raised concerns that parent company ByteDance Ltd. could be compelled to hand over American users’ data to Beijing or use the app to influence the 165 million Americans, and more than 2 billion users globally, who have downloaded it. Photographer: Hollie Adams/Bloomberg , Bloomberg

In the summer of 2020, President Donald Trump developed a bizarre obsession with TikTok. Amid a pandemic, historic unemployment and racial unrest subsuming the country, the daily flood of headlines turned to the Chinese-owned social media app.

Episode six of Foundering: The TikTok Story begins during a moment of fraught relations between the U.S. and China. Trump had waged a years-long trade war and blamed China for the coronavirus outbreak. In August 2020, in an attempt to deal another blow to Beijing, Trump issued a pair of executive orders banning TikTok unless the app’s U.S. business was sold to an American technology company.

Zhang Yiming, the founder of TikTok’s parent company ByteDance Ltd., openly negotiated for months to sell TikTok. However, an alternative strategy prevailed: ByteDance waited out President Trump until he was voted out of office. After Joe Biden moved into the White House, his administration put an official hold on the TikTok ban and sale process.

Meanwhile, TikTok became the most downloaded app in the world, according to market research firm App Annie. And its growth continues—TikTok has been expanding its e-commerce and live-streaming operations and cozying up to more music artists and social media influencers, while further entrenching itself into American culture.

This is all by design, says Bret Bruen, a former Obama diplomat, in episode six of Foundering: The TikTok Story.

On Thursday, Zhang said he would step down from his role as chief executive officer of ByteDance, capping off nearly a decade at the helm of one of the world’s fastest-growing technology companies. Human resources chief Rubo Liang will become the new CEO.

Zhang, who will stay at the company to focus on long-term strategy, said “the truth is, I lack some of the skills that make an ideal manager,” in a letter to employees posted by ByteDance. “I worry that I’m still relying too much on the ideas I had before starting the company, and haven’t challenged myself by updating those concepts.”