A lockup associated with Tilray Inc.’s March share sale will expire Thursday, with the stock trading more than 100 per cent above the offering price.

Tilray sold 7.25 million shares at US$4.76 on March 13, joining several other cannabis companies that did offerings in the midst of a pandemic-exacerbated capital crunch. That was 20 per cent below the previous day’s closing price and sent shares tumbling 58 per cent over the following four sessions to an all-time low of US$2.47.

However, the stock has posted an impressive rebound since then along with the broader market, rallying over 300 per cent from its low to close at US$10.13 on Tuesday. Shares fell as much as 3.8 per cent Wednesday.

The lock-up affects directors and officers of the company. Tilray spokeswoman Chrissy Roebuck declined to comment.

The exercise of any stock or warrants won’t impact Tilray’s fully diluted EPS, as they were already accounted for when Tilray increased its share count by over 30 million at the end of the first quarter, according to Kenneth Shea, cannabis analyst for Bloomberg Intelligence. The warrants associated with the offering can’t be exercised before September, although they are in the money now.

Given the offering price of US$4.76 and the warrant exercise price of US$5.95, “it stands to reason that holders could very well cash out when they can to profit given the stock’s current price of ~US$10,” Shea said. “That said, the market is very likely aware of this share overhang and has priced this event in via its high level of short interest.”

Tilray’s short interest stood at 17.25 million shares or nearly 18.9 per cent of its float on Tuesday, according to data from financial analytics firm S3 Partners. The cost to finance a new short position was 131 per cent, with the real-time spot borrow rate at 159%. 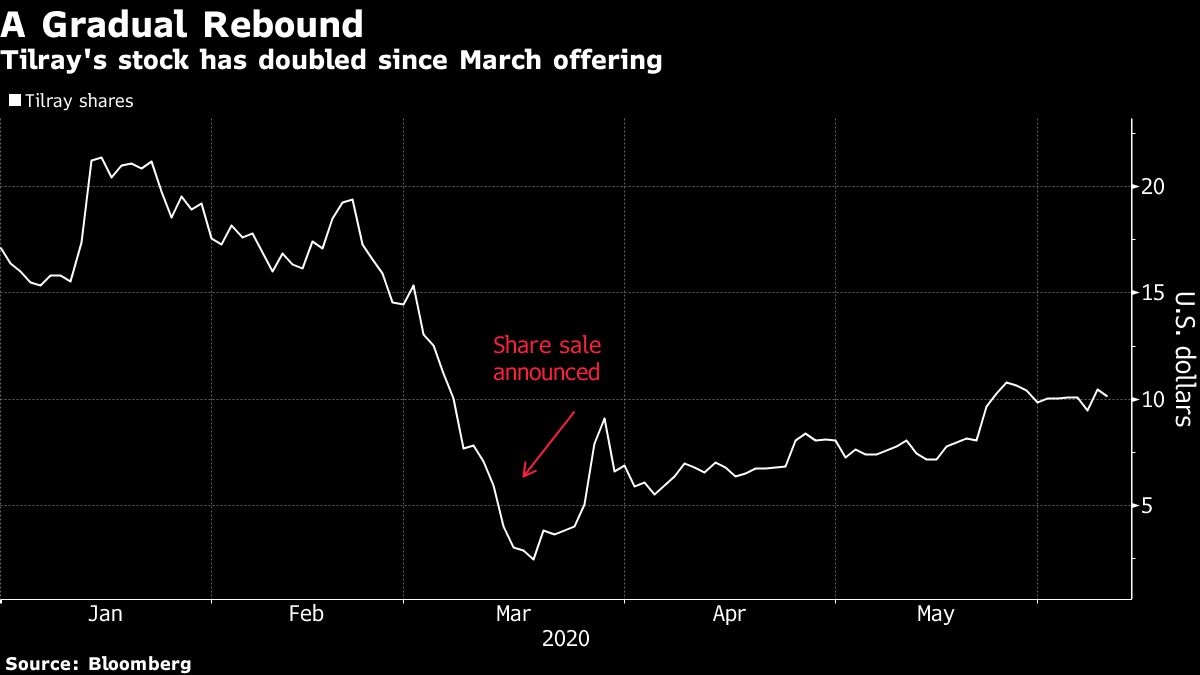