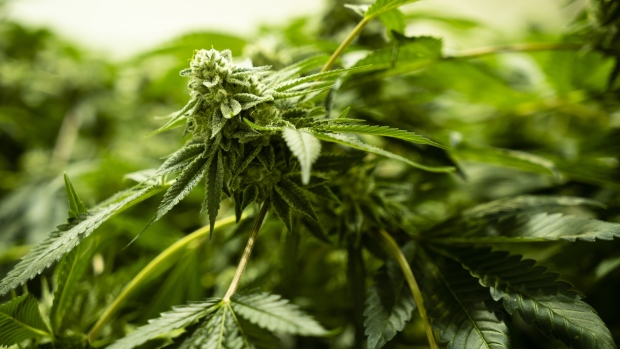 TORONTO -- As warmer weather makes its way across the country, many licensed cannabis producers are still waiting for the green light from Ottawa to start an outdoor crop -- and the clock is ticking.

Health Canada says it has granted one license that includes outdoor cultivation -- which many companies are banking is cheaper than growing pot in a greenhouse or indoor facility -- as of May 9.

The agency would not say which company received its approval, for confidentiality reasons, but Good Buds on Salt Spring Island, B.C., believes it is the first, co-founder Tyler Rumi said.

"We were biting our fingernails a bit. You can't change the season outdoors. So we are extremely grateful and excited to get it when we did," he said of its licence issued on May 10.

But for the many other licensed producers still in the queue, the window is closing for them to get their plants in the ground and produce an ample harvest by the fall.

As of March 31, there were 191 applications in the queue for a licence including an outdoor area, which could be for cultivation or destruction and composting, Health Canada spokeswoman Tammy Jarbeau said.

Some of these companies are looking to ramp up production of cannabis for use in edibles, topicals and other next-generation pot products when they are legalized in the coming months.

In April, CannTrust Holdings Inc. said it had purchased 33 hectares of land in British Columbia, part of its plan to acquire 81 hectares earmarked for outdoor cultivation.

In March, WeedMD Inc. said it closed a purchase of an additional 24 hectares of land adjacent to its existing facility in Strathroy, Ont. and that it has applied for a licence to expand beyond its greenhouse cultivation there.

48North Cannabis Corp. has already secured farmland in Brant County, Ontario, where it intends to grow organic cannabis. Co-chief executive Jeannette VanderMarel said it has roughly 40,000 plants it has begun propagating indoors to be transferred outside, but its hope is to grow its crop starting from seeds outside.

"Those grown from seeds have a stronger tap root system, that will allow for a more robust plant," she said. "It's important to grow from seeds."

Its aim is to plant 300,000 plants, roughly 70 per cent of which will take anywhere between 13 to 16 weeks from seed to harvest. The remainder will be auto flowering cannabis, which are not sensitive to light and will continuously flower.

She estimates that the cost of growing indoors is roughly $2 per gram, or between 90 cents to $1 per gram in a greenhouse. Outdoor-grown pot, she anticipates, is "markedly cheaper" at 25 cents per gram.

With a licence to grow outdoors, 48North expects to be able to ramp up its production from 5,000 kilograms to in excess of 45,000 kilograms.

Of that outdoor harvest, the company expects to earmark 10 per cent for sale as dried flower and the remainder for extraction and use in products such as edibles, which are expected to be legalized in the coming months.

"Health Canada is well aware of our seasonal realities, that we need to get planting," VanderMarel said.

However, unlike greenhouse operations or indoor warehouses, there are concerns that an outdoor crop will be exposed to the elements and the potential impact of pesticides from nearby farms.

"If all goes well, growing outdoors could be a viable business model, but the potential for losing or producing a non-compliant crop is higher than at indoor facilities," said Brenna Boonstra, director, quality and regulatory with consulting firm Cannabis Compliance. "In an outdoor grow, pests are harder to control, light is unpredictable, soil could be contaminated, and weather damage is a real possibility."

VanderMarel said it has approached its neighbouring farmers in Brant County and asked them not grow crops that require pesticides to mitigate the risk.

"We will gladly pay them... just to ensure that we don't have any contamination," she added.

Good Buds co-founder Alex Rumi said it is for this reason that it chose Salt Spring Island, where there are a lot of family farms that do not use pesticides.

"We checked with our neighbours to see how they were cultivating... We're pretty confident that there is a very low risk."

Concerns have also been raised about the negative effects of outdoor cannabis crops on the surrounding community.

Residents in communities with greenhouse operations have complained about the strong odour and light pollution emanating from the facilities.

VanderMarel notes that 48North's site in Brant County was once the site of a large hog operation, which "don't tend to smell nice."

Still, to mitigate this risk the company selected cannabis strains with terpenes that have more of a lavender and citrus odour, she said.

"Our plants do have a scent, especially during the last three to four weeks of flowering," she said. "But it's a short term scent."

Tyler Rumi said this also weighed on their choice of Salt Spring Island for their outdoor operation, where they intend to plant up to 100,000 plants starting in June.

"It has long been a safe haven for cannabis culture," he said. "A lot of people on this island love cannabis, and if they don't, they probably love someone who loves cannabis."