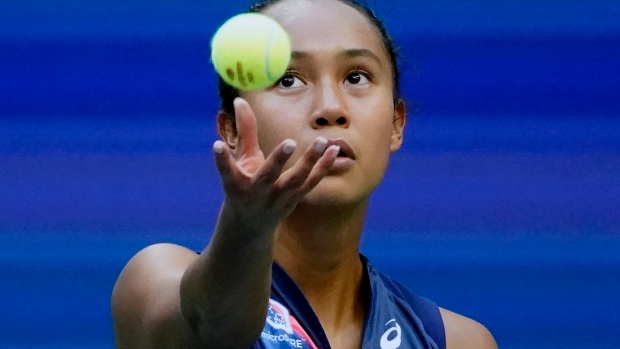 Canadian tennis phenom Leylah Fernandez has proven she can be aggressive on the court. Now one marketing expert thinks it’s time to channel that aggression into pursuing lucrative sponsorship deals.

“If I were her, now would be the time to be aggressive and sign a deal with a big apparel manufacturer or a big Canadian brand,” said Mark Satov, founder of Satov Consultants, in an interview.”

“I don’t know why she’s selling herself so short, I would go for a much bigger brand if I were her,” said Satov.

“It’s not as though Flair locks her out of things. If she continues to play well, build her brand, and hires the right agent, she could go for a massive every day brand. An airline is not that.”

Canadian tennis players have been on a roll of late with Bianca Andreescu winning the U.S. Open and Rogers Cup in 2019, pushing her ranking as high as No. 4 in the world at the time. Add Fernandez to the mix alongside Aliassime, Bouchard, Denis Shapovalov, Milos Raonic and doubles veteran Daniel Nestor -- and all of a sudden Canada has a stacked roster of marketable tennis players. Satov sees that as an opportunity rather than a limitation.

“Tennis Canada’s brand has been rising a lot. You have this collection of stars right now and their brand kind of propels each other.” he said.

The more people get into the sport, the more valuable everyone becomes, said Satov, adding that having two women compete at the highest level is an incredible asset.

While no longer the most competitive, 27-year-old Bouchard is likely the most successful of the group when it comes to endorsements, given her apparent positioning as something of a celebrity in addition to being an athlete, said Satov. In addition to Flair, Bouchard has been endorsed by Coca-Cola, Nike and insurance giant Aviva. Nike ended its partnership with Bouchard in 2020, and she has since signed on as a brand ambassador for New Balance.

These tennis stars can often land big endorsement contracts as they’re more visible compared to athletes who have to wear helmets and share camera time with teammates, Satov noted.

Satov cautioned that the endorsement window for Fernandez may be narrow and she should strike while the iron’s hot.

“The thing with sports starts, especially young ones, is they’re up and they’re down. But when you get to be Roger Federer or Serena Williams, at a certain point it doesn’t matter how well you do. You’re already an established brand,” he said.

“My issue with Leylah is if you take a ‘B’-brand contract when you’re at the top of you’re game, then you slip, the chance for an ‘A’ brand is gone.”