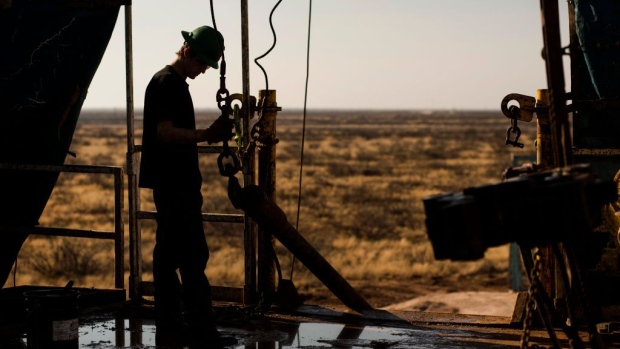 A worker waits to connect a drill bit on Endeavor Energy Resources LP's Big Dog Drilling Rig 22 in the Permian basin outside of Midland, Texas, U.S., on Friday, Dec. 12, 2014. , Bloomberg

Tiny oil company Torchlight Energy Resources Inc. saw its shares more than double in a week after it became the latest stock touted on Reddit as a possible short squeeze.

The Plano, Texas-based company jumped as much as 74 per cent to US$10.88 a share on Monday before paring some gains, though it’s still up about 130 per cent from a week ago. Torchlight, which has a market capitalization of about US$1.2 billion, is the second-biggest gainer on the Nasdaq this year. At the end of the first quarter, its market value was about US$266 million.

In December, Torchlight announced a deal to combine with Metamaterial Inc., a Canadian company that describes itself as a designer and manufacturer of "complex films and other materials called metamaterials." Torchlight said Monday that the deadline for closing the agreement with Metamaterial had been extended to June 30 to allow for the payment of a preferred stock dividend.

Torchlight warned last month in a federal filing that it might go out of business, saying it’s accumulated losses of almost US$114 million since its inception and expects more losses in the development of its business. The company was incorporated in 2007 in Nevada as Pole Perfect Studios Inc., which planned to offer fitness classes it said were "centered around a ‘fireman’s pole’ often found in gentleman’s clubs."

Torchlight may be getting a boost from a broader recovery in U.S. energy stocks as oil prices rebound from a pandemic-driven collapse in demand. But unlike the U.S. shale industry, which is poised to generate more than US$30 billion of free cash this year, Torchlight isn’t turning a profit. The company reported in last month’s filing that its oil and natural gas revenue tumbled 97 per cent from a year earlier to US$2,471 for the first three months of this year.

The Texas Railroad Commission, which regulates oil companies in the state, lists Torchlight as being inactive for more than four years. Although it received a total of three drilling permits in the West Texas counties of Hudspeth and Tom Green in 2015 and 2016, the company hasn’t reported any production to the regulator.

In 2019, short seller White Diamond Research published a report alleging that Torchlight had questionable management and that its Orogrande drilling project in West Texas was "worthless." Torchlight was defended by Roth Capital Partners analyst John White, who said the company’s test results had met or exceeded expectations. 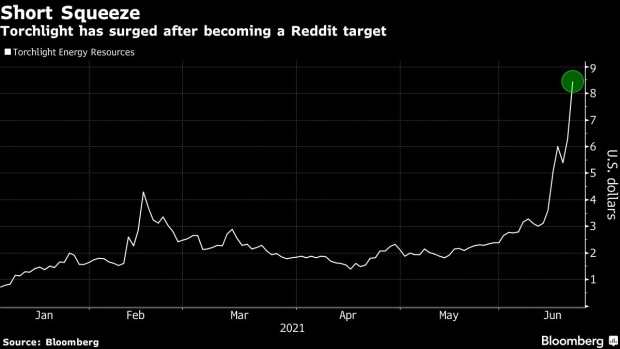