The epic fight over who controls the future of the car industry is about to get a whole lot more interesting.

Tesla Inc., the pioneer and pacesetter, has dominated the early rounds of the new-energy age, capturing investors’ imaginations with a vision for what the next generation of vehicles looks like and seizing the nascent market for fully electric cars.

In the other corner are giants of scale: Volkswagen AG and Toyota Motor Corp. The world’s two biggest automakers — each sold roughly 10 or 11 cars for every one Elon Musk did last year — realize the age of the battery-powered vehicle is here and are gaming out how to stay on top. 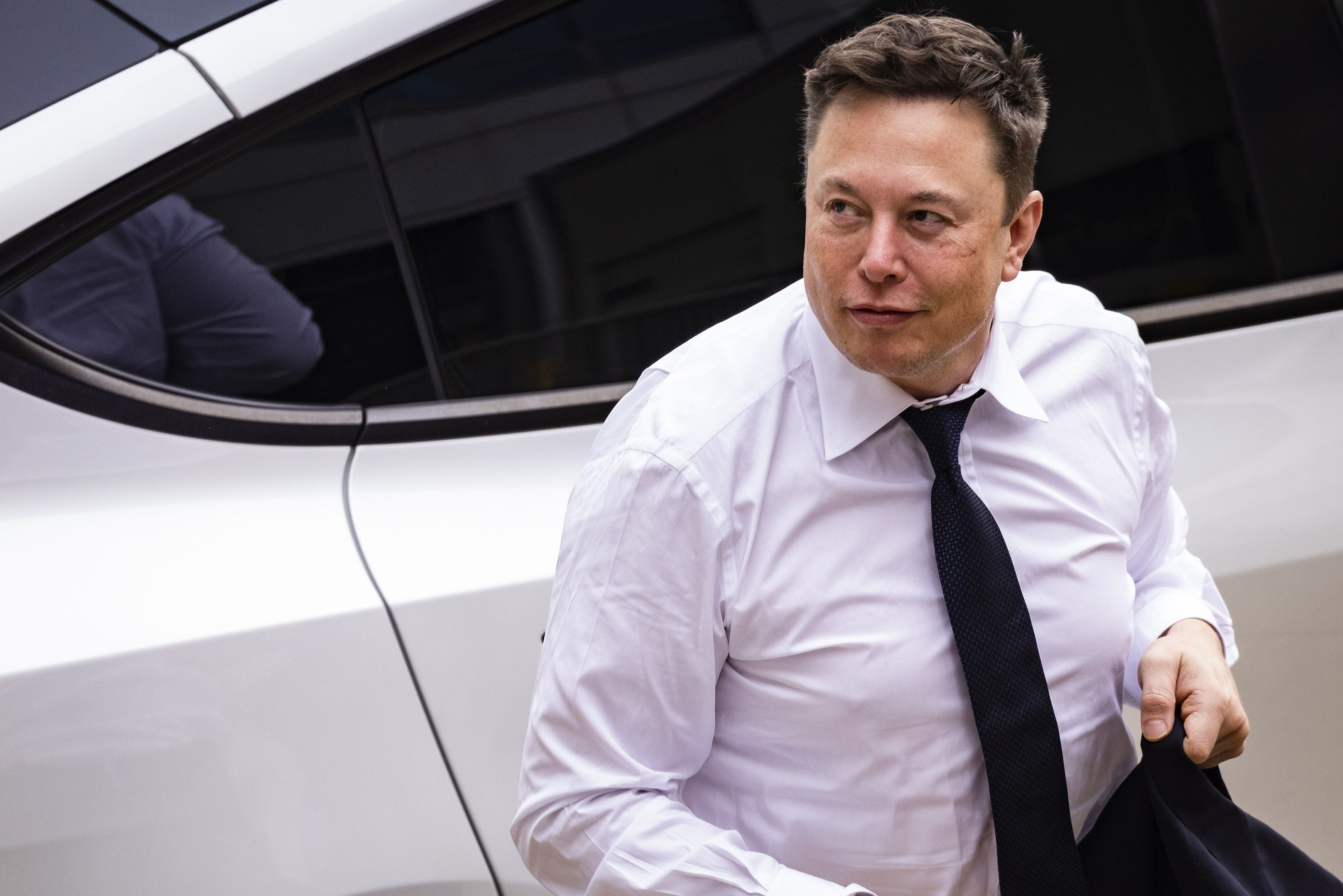 Within five days of one another last month, these masters of mass production laid out plans to splurge US$170 billion over the coming years to preserve their claim on an industry they’ve dominated for decades.

Executives at the very top of these incumbents are acutely aware the transition from the internal combustion engine won’t be orderly. It could get ugly — something akin to when Apple Inc. entered the mobile phone market and outclassed once-dominant Nokia Oyj.

After a year of standout growth during which Tesla became far and away the most valuable automaker ever, the trillion-dollar question is whether Musk’s advantages heading into the next generation of carmaking are as insurmountable as his company’s market capitalization suggests.

“When the two biggest car companies in the world decide to go all-in on electric, then there's no longer a question of speculation — the mainstream is going electric,” said Andy Palmer, the former chief of Aston Martin and ex-Nissan Motor Co. executive often referred to as “the godfather of EVs” after being instrumental in developing the Japanese carmaker’s battery-powered Leaf. “I expect the shift to electric to be faster than everyone expects.”

The ways VW and Toyota have moved to defend their ground are as different as one would expect from proud German and Japanese titans of industry. One is coming out swinging, putting Tesla squarely in its sights, and the other is investing heavily in EVs while continuing to spread its bets, biding time as the early stages of the revolution shake out. 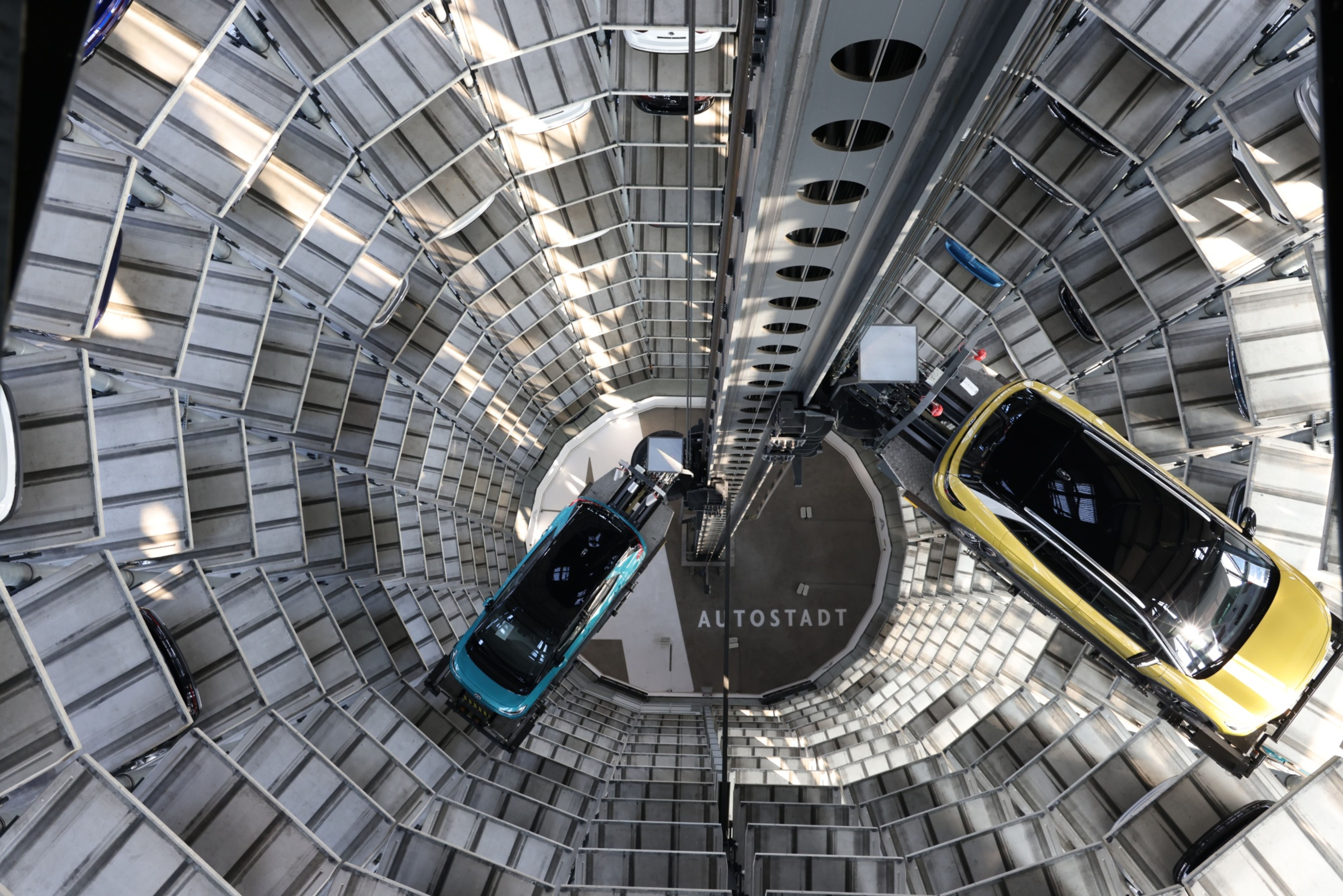 The behemoth doing the furious slugging to take on Musk is VW, which has grown over 84 years into a stable of a dozen brands, manufacturing in some 120 locations around the world and employing more people than the population of Detroit. VW Group generates roughly US$280 billion a year churning out models ranging from the Tiguan and Passat bearing its namesake badge, to Lamborghini supercars and Scania heavy trucks.

Every year that Chief Executive Officer Herbert Diess has been at the helm, VW has announced unrivaled budgets for electrification. On Dec. 9, he delivered his largest plan yet, allocating 89 billion euros (US$100 billion) to EV and software development over the next half decade.

Diess constantly uses Musk as a measuring stick, so much so that he’s acknowledged annoying some within VW’s ranks. In October, he welcomed Musk as a surprise guest at an executive conference with 200 of the automaker’s top managers.

VW’s initial foray into EVs was with luxury models such as the Audi e-tron and Porsche Taycan. Last year, it sought to make a splash with more mainstream offerings — the ID.3 hatchback and ID.4 sport utility vehicle.

“Our transformation will be fast,” Diess said during a Tesla-style battery event in March, “bigger than anything the industry has seen in the past century.”

Diess is undeterred. The architecture that the ID.3 and ID.4 share will underpin a total of 27 EVs by the end of this year. VW will go from making these models at five factories — in Germany, China and the Czech Republic — to eight, starting up production from two more facilities in its home country and at its one U.S. assembly plant, in Chattanooga, Tennessee. 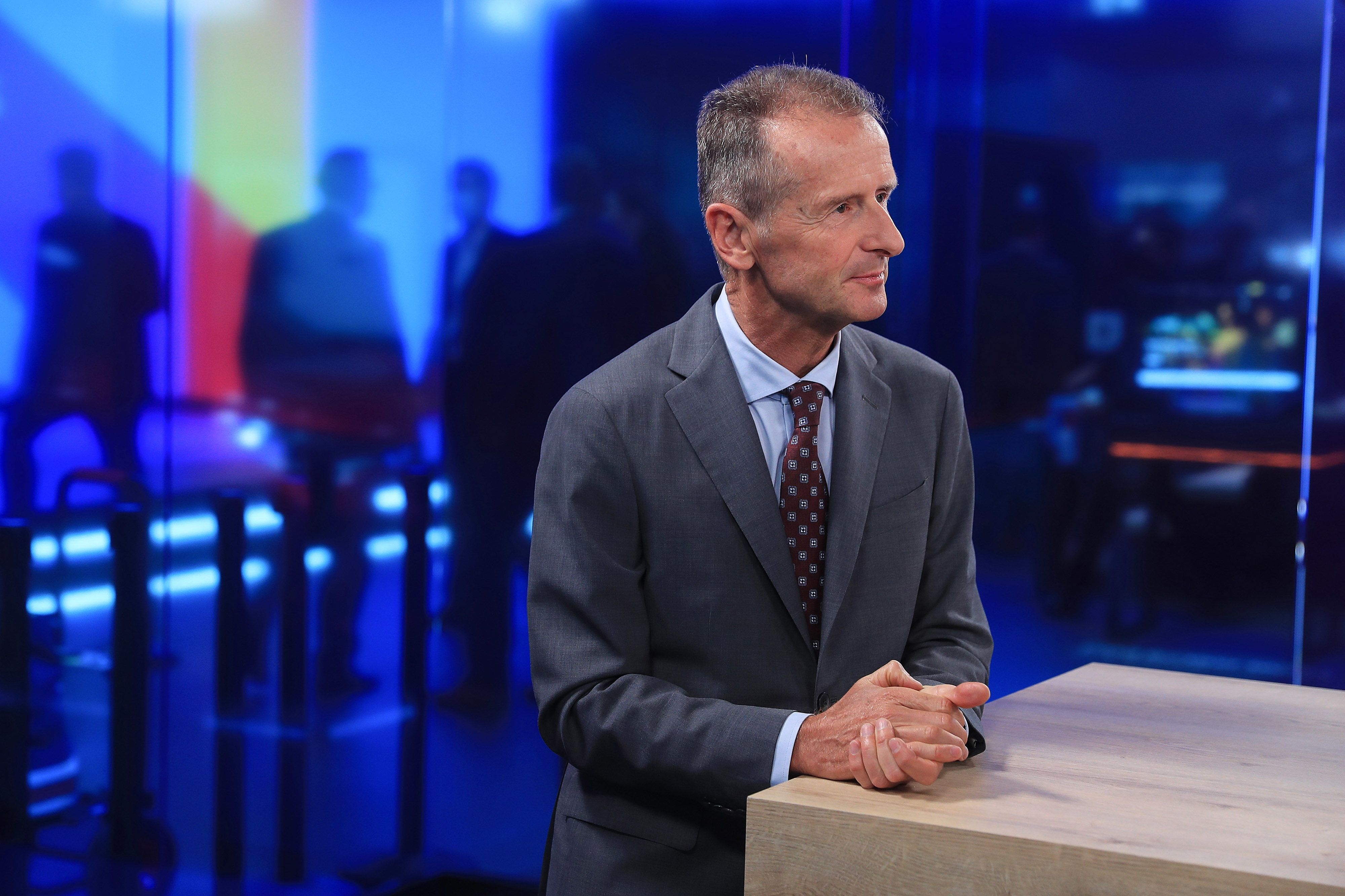 VW has also seen solid results with its high-value EV models within the group. The Taycan, for instance, is poised to outsell the iconic 911 sports car. More electric Porsches are on the way, with the brand expected to introduce a fully electric version of its popular Macan SUV next year.

Toyota’s long-standing positioning for the future was on display a couple months ago at a racetrack in the hills of western Japan. While the company brought along its battery-powered bZ4X electric SUV, the car Akio Toyoda took for spins around the circuit was a Corolla Sport H2 Concept vehicle equipped with a hydrogen-fueled engine.

“Heading into uncertainty, what we need are diverse solutions,” the grandson of Toyota’s founder said during a Nov. 13 news conference. “We don’t want to tie ourselves to just one option.”

Diversity is one thing; absence is another. The hybrid-powertrain trailblazer known for the Prius has acknowledged being “a little bit late” to fully electric models — and that was four years ago. Toyota’s first mass-market global EV isn’t set to debut until the middle of this year.

But weeks after taking hot laps in a hydrogen car, Toyoda traded his racing overalls for a suit and tie and gave outsiders an unprecedented look at a bevy of future products. When the first curtain was unveiled at a media briefing on a man-made island in Tokyo Bay, there were five EVs flanking him.

Toyoda delivered a brief sales pitch for each vehicle, then raised his palms to the skies before another curtain revealed 11 more battery-electric models. “Welcome to our showroom of the future,” he said, announcing plans to roll out 30 EVs by the end of the decade.

Of the 8 trillion yen (US$70 billion) Toyota dedicates to electrification in that span, half will go to fully electric models. The automaker is aiming to sell 3.5 million EVs annually by the end of the decade, almost double a target set just seven months earlier.

It took some prodding for Toyota to get to this point. With cautious comments from executives running against the industry’s general enthusiasm for EVs, some investors and environmental groups criticized the automaker for dragging its feet. Last summer, Anders Schelde, the chief investment officer of Danish pension firm AkademikerPension, which holds Toyota shares, said he didn’t see management’s attitudes toward EVs as a winning strategy for the long term. 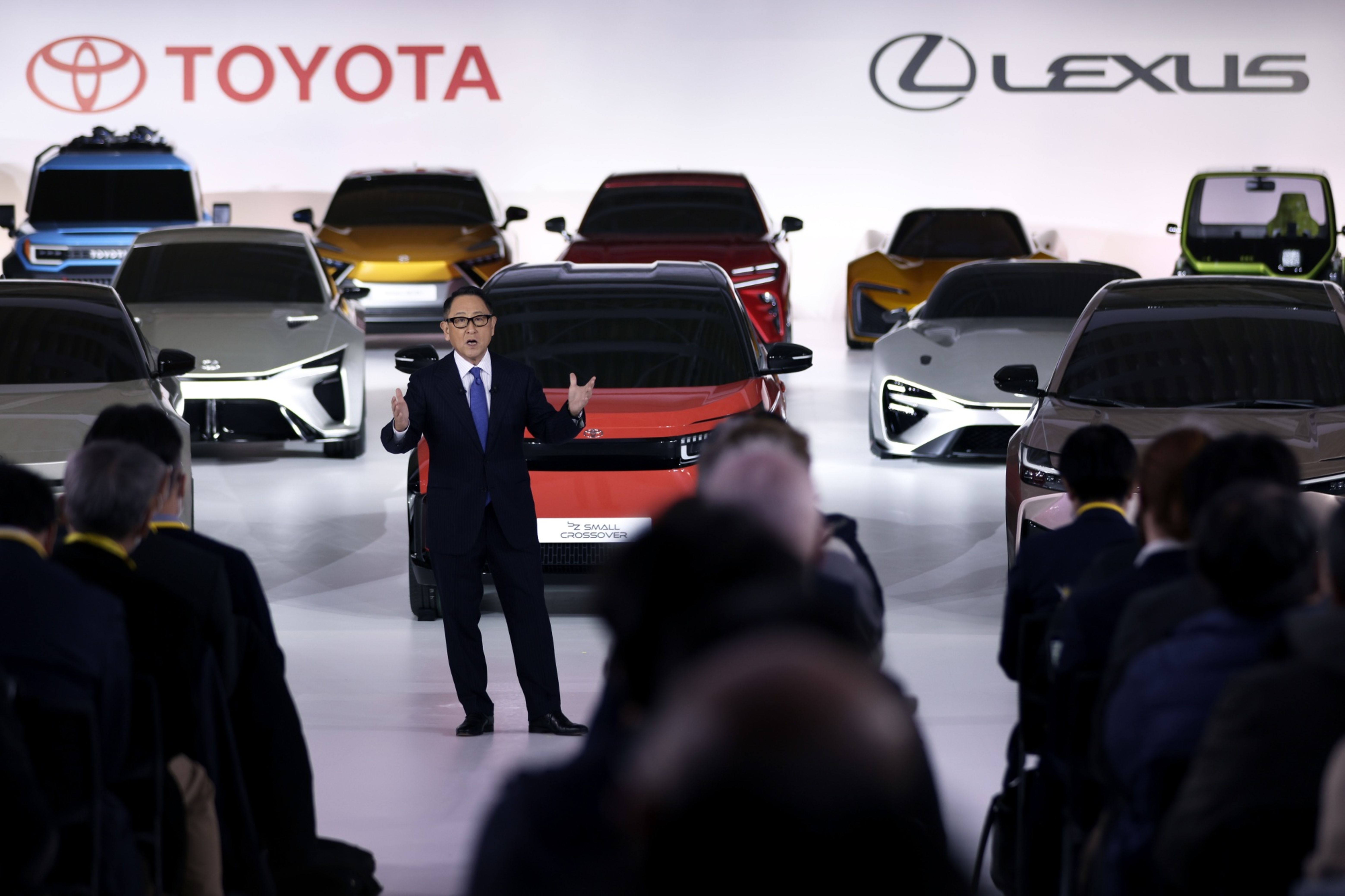 Schelde said his fund was beginning to look more broadly at its investments to make sure they align with the goals of the Paris Agreement, which established a framework to limit global warming to well below 2 degrees Celsius. “Toyota has two or three years to clean up their act,” he said in an interview.

This sort of critique was a pain point for Toyota, with time during top management meetings consumed by debate over why its messaging around carbon neutrality wasn’t being well received. Last month's EV event in Tokyo was the latest in a flurry of festivities the company has held around the globe to deliver its nuanced message of allegiance to hybrids and hope that the hydrogen-powered cars the carmaker has plowed years of research and investment into will gain traction alongside vehicles that run on just a battery. 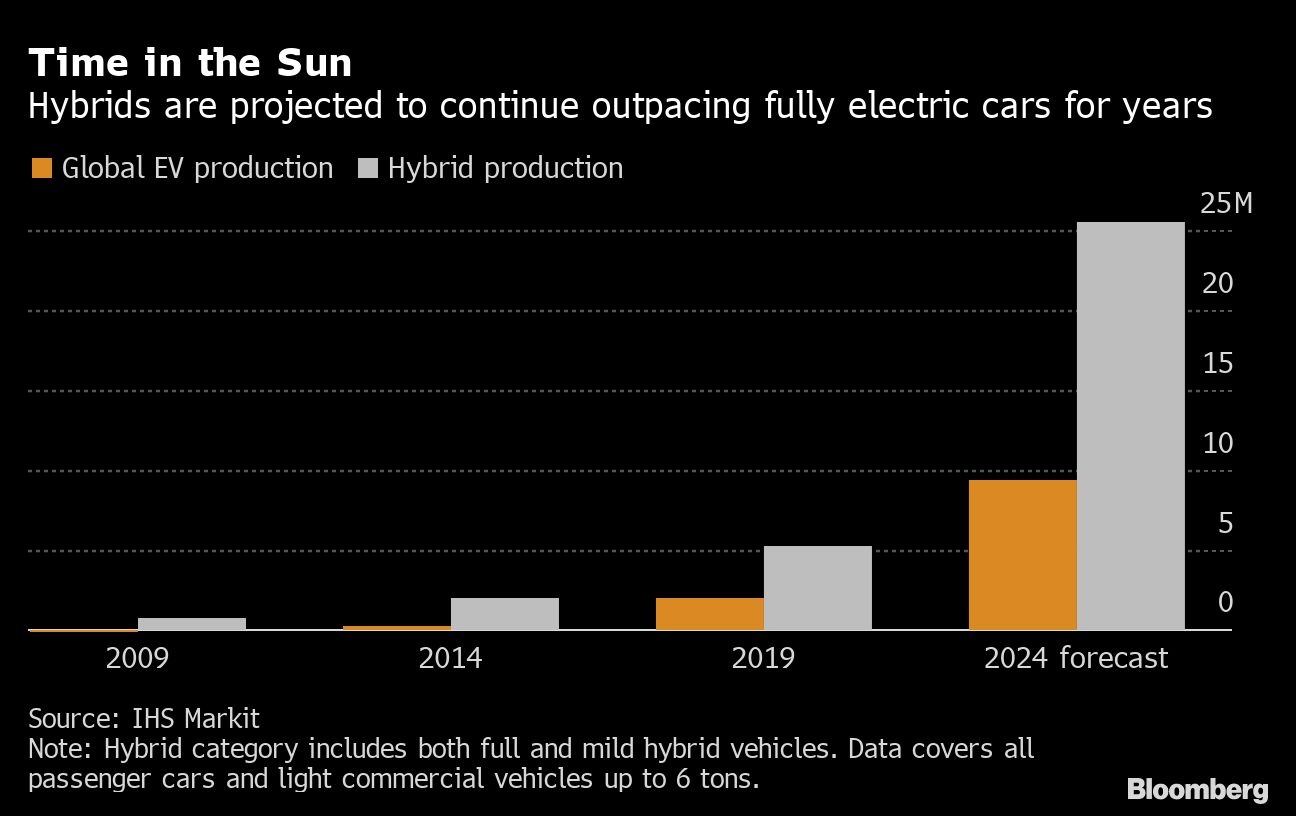 In Brussels at the beginning of December, the company vowed to be ready to sell only zero-emission cars in Europe by 2035. In North Carolina a few days later, it hosted the governor and hundreds of other guests at a press conference to announce the state would be home to its first U.S. battery plant — a US$1.29 billion investment.

While Toyota’s onslaught is to be taken seriously, the start VW has gotten off to with its EV push shows transitioning to electric won’t be a matter of flipping a switch.

And Tesla is doing some scaling of its own. As the company closed a year in which it delivered over 936,000 vehicles — up almost 90 per cent — it plotted out an investment of as much as 1.2 billion yuan (US$188 million) in its two-year-old Shanghai plant to upgrade equipment and take production beyond its stated capacity of 450,000 units a year. It’ll add another 4,000 workers at the facility, bringing the total to about 19,000.

Two new assembly plants — one outside Berlin and the other in Austin, Texas — are also gearing up to start making Model Ys. And there’s plenty of demand to meet all this additional output. Wait times on the Model 3 and Y have stretched to more than six months, Martin Viecha, Tesla’s investor relations chief, recently told a Deutsche Bank conference.

“With market demand for EVs clearly outstripping industry’s ability to produce, success in EVs is no longer about the order book, but rather about production capacity, ability to secure supply, and best cost, where Tesla feels it has considerable lead,” Deutsche Bank analyst Emmanuel Rosner said in a note.

Others see Tesla being toppled from the electric-car throne as new entrants muscle into the growing market. IHS Markit projects Tesla’s EV market share in the U.S. will fall to 20 per cent by 2025, from slightly more than 50 per cent today.

Heavy investment “will put Toyota and Volkswagen in a better position to compete with EV specialists,” said Anna-Marie Baisden, head of autos research at Fitch Solutions. “We have long held the view that the more traditional carmakers will have certain advantages over startups such as scale, manufacturing experience and brand loyalty.”

In addition to changing up their assembly lines and model offerings, VW and Toyota will have to chase Tesla on another front: software. 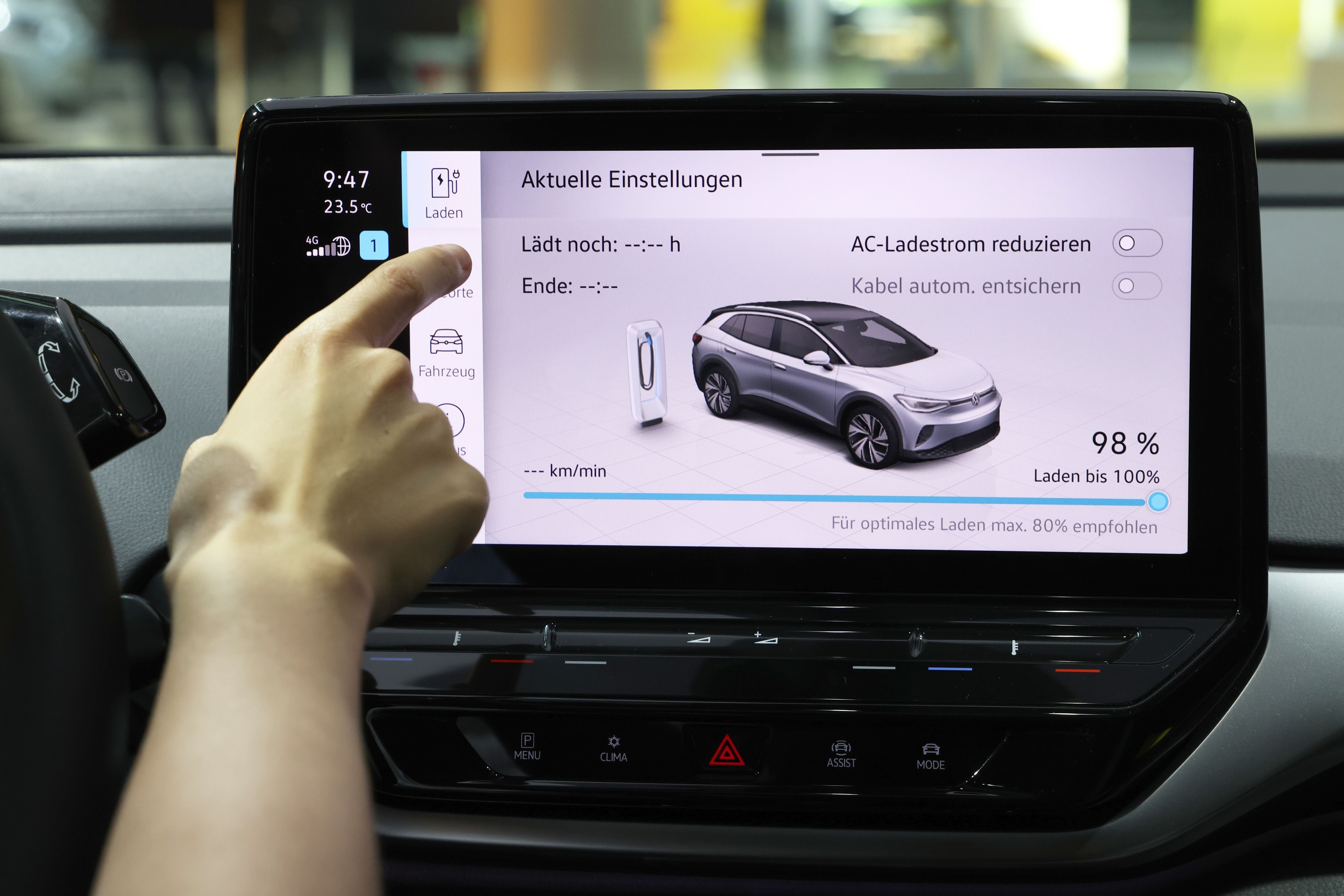 Early sales of the ID.3 were plagued by challenges VW had in getting certain tech functions to work. Initial cars were delivered to customers with missing features including the ability to connect smartphone apps with the vehicle’s display screen. Rather than beam a fix to its owners over the air — the way Apple does with iPhones, and Tesla does with its models — ID.3 drivers had to pay their dealer a visit to have their car serviced.

Joey Mandel’s experience is a case in point. The music festival industry worker in Los Angeles’ Woodland Hills neighborhood was the first person at his local dealership to get an ID.4 electric SUV. He’s encountered his fair share of bugs — the audio cuts out periodically, and other times the vehicle won’t release from its charging plug. 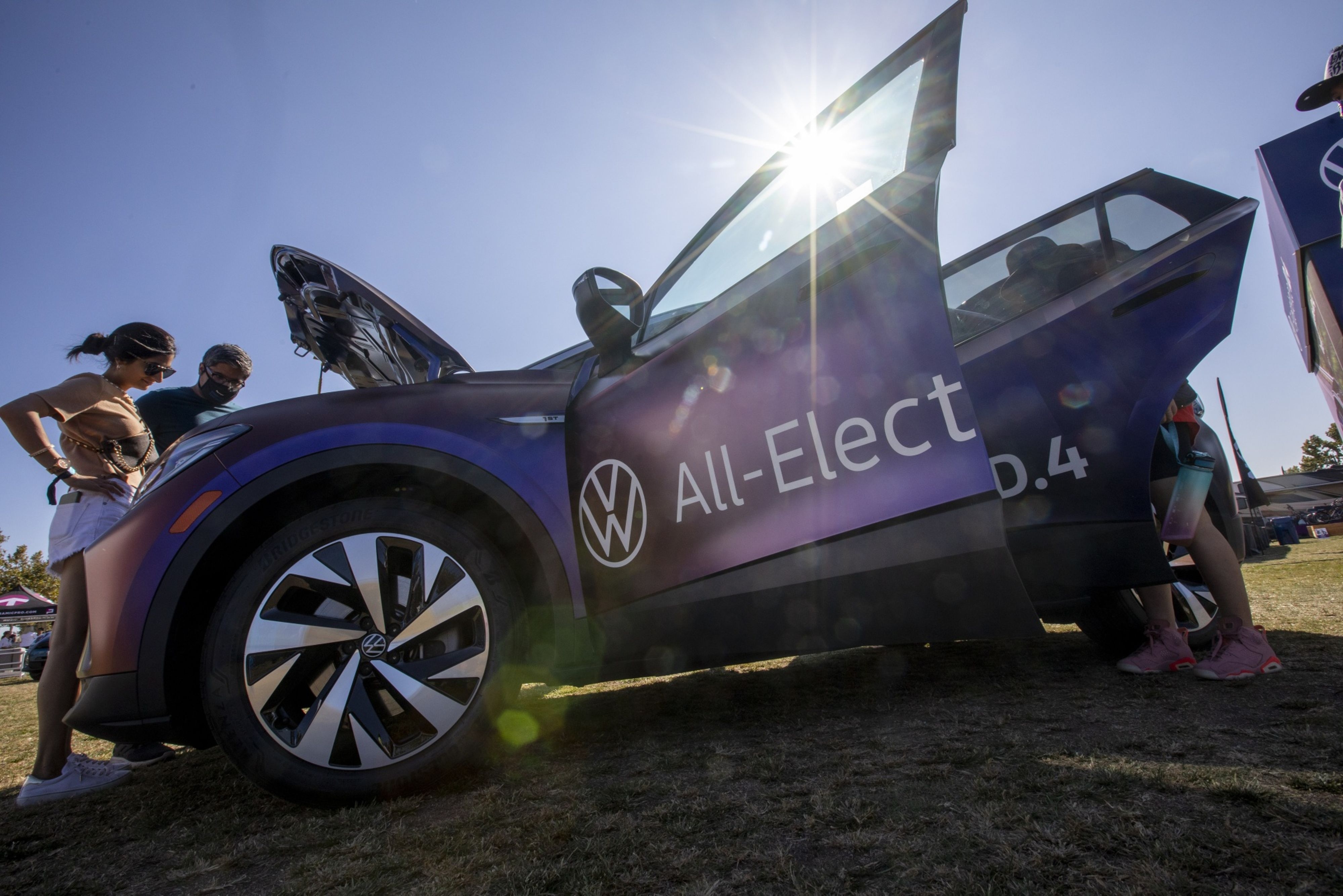 Overall though, Mandel says he’s still happy with his purchase. He hasn’t had trouble traveling to events along the West Coast thanks to VW’s “solidly built-out” charging network.

“It’s not a Tesla in terms of technologies,” Mandel said, “but for people thinking they’re scared to make the shift to EVs, Volkswagen keeps things relatively like a normal car.”