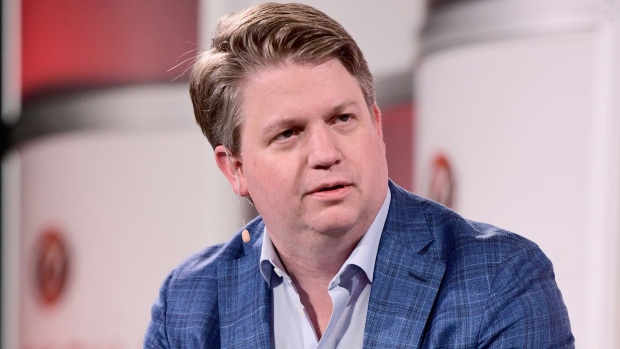 (Bloomberg) -- TiVo Corp.’s new chief executive officer, Dave Shull, wants to bring the inventor of the digital video recorder back to life by splitting it in two.

Shull, who joined San Jose, California-based TiVo in May, said in an interview he wants to complete a spinoff of the company’s patent portfolio by the first half of 2020. That business, which throws off much of the company’s profit, would also assume the bulk of TiVo’s debt and tax credits. A second business, which will likely retain the TiVo name, will focus on consumers looking to navigate the shifting TV landscape.

TiVo pioneered the DVR and online program guide: In the 2000s people didn’t record shows, they “TiVo-ed” them. But the company lost its way in recent years as rivals such as Roku Inc. and Apple Inc. introduced set-top boxes that were easier for consumers to install and use.

Litigation has been a distraction, too. The company’s patent portfolio, while lucrative, forces it to sue some of its best customers: TV manufacturers and cable-TV providers that have been designing products that mimic TiVo features.

The shares reflect all those troubles. After soaring early in this decade, they have declined for years. The stock traded at $8.20 Tuesday in New York, down almost 13% for 2019.

Between now and the spinoff, Shull plans other steps to put the company in fast-forward.

Later this month, TiVo plans to announce new international customers, and in October it will unveil a new product, TiVo Plus, that better integrates new streaming services with the company’s core TV console. After that, Shull said he’d like to design a more unified interface for the company’s 22 million customers and seek additional sources of revenue other than monthly subscriptions, such as advertising.

Shull has a background in TV technology, including 10 years at Dish Network Corp., where he negotiated contracts with programmers such as Walt Disney Co.

More recently, he served as CEO of the Weather Channel, which may serve as a model for TiVo. That company’s data business and website were sold to IBM Corp. in 2015 for $3 billion, while its cable network was bought by entertainment entrepreneur Byron Allen for $300 million last year.