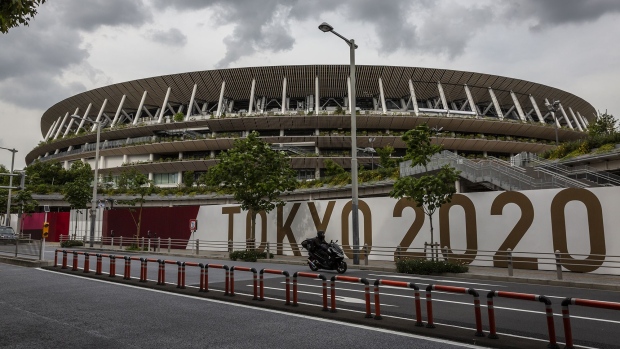 The Tokyo Olympics will ban domestic spectators in events held in Japan’s capital, revising an earlier decision to allow some fans, as the resurgence of virus cases pushed the government to declare a state of emergency in the city.

The decision, announced by Olympic Minister Tamayo Marukawa, comes after Japanese Prime Minister Yoshihide Suga declared a fourth state of emergency for Tokyo, running from July 12 through Aug. 22. Officials are still discussing the status of events to be held outside Tokyo.

It’s a reversal from a decision last month to limit the number of spectators at either 10,000 or 50 per cent of venue capacity, whichever is smaller.

More than half of the 43 Olympic and Paralympic venues, including the 68,000-capacity National Stadium that’s set to host the opening ceremony on July 23, are located in Tokyo. Organizers had said that a no-spectator scenario was possible, depending on the virus situation. A decision to bar fans from overseas was announced in March.

Daily virus numbers have been rising in Tokyo since a state of emergency ended last month, with confirmed infections on Wednesday hitting the highest since mid-May. Concerns over the pace of vaccination, which had been picking up from a slow start, have increased as the nation faces distribution issues.

While opposition to the games has slightly eased in recent weeks, an Asahi newspaper poll showed 64 per cent of those surveyed preferred to hold the games without any spectators, while 30 per cent said they wanted limited numbers.

Even with few spectators and the exclusion of foreign fans, a large number of people will still converge on Tokyo from more than 200 countries. Organizers have said around 53,000 officials and others, excluding athletes, are expected to attend from overseas.