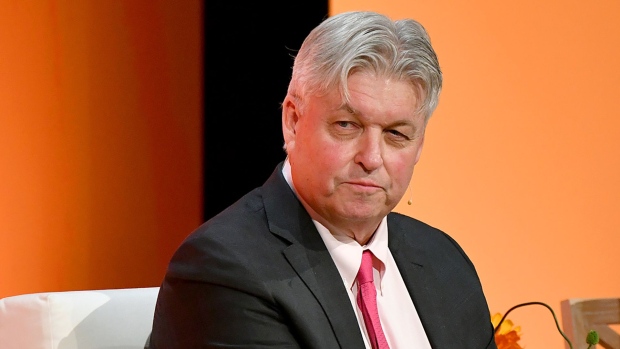 (Bloomberg) -- Thomas Montag, once the second-most powerful executive at Bank of America Corp., is returning to Wall Street with the launch of a carbon-credit venture backed by TPG Inc.

The former chief operating officer at BofA will become chief executive officer of the new company, Rubicon Carbon, which is looking to raise $1 billion for a business aimed at the market for emissions offsets, the firm said in a statement Tuesday.

The venture reunites Montag with former BofA vice chair Anne Finucane, one of the most senior women in US banking. Finucane, who led sustainable finance efforts at BofA and later became an adviser to TPG’s Rise Climate fund, will be Rubicon’s chairwoman. She and Montag helped orchestrate the second-largest U.S. bank’s resurrection after the 2008 financial crisis.

TPG, the private equity firm led by Jon Winkelried, will invest $300 million in the new company through its Rise Climate strategy, and will partner with investors including Bank of America, JetBlue Airways Corp., General Electric Co. and Cushman & Wakefield, among others.

Carbon-emissions credits have been a popular way for corporations to reach their targets for reducing greenhouse gases. Firms pay a fee toward projects that are supposed to offset their own emissions. But researchers have said for years that many of the transactions are merely accounting maneuvers that can actually result in more greenhouse gas entering the atmosphere.

Rubicon’s goal will be to add more legitimacy to the market by improving the standards used to determine the quality of the offsets being used.

“While the steady increase in corporate net-zero pledges and other corporate climate commitments has led to a rapid increase in demand for carbon credits, it has also exposed weaknesses and imbalances in the market,” Rubicon said in the statement.

Montag, who spent 22 years rising up the ranks at Goldman Sachs Group Inc. before joining Merrill Lynch in 2008, stepped down from Bank of America just over a year ago. He held many roles at the Charlotte, North Carolina-based company, including leading the firm’s investment-banking operations. Montag, 65, was widely seen as loyal to traders and dealmakers at the bank.

Finucane, 70, was regarded as a pioneer in sustainable finance while in her role as vice chair at Bank of America. She has worked her way up in the banking industry since 1995, when she was at Bank of America predecessor Fleet Bank. The executive has been responsible for environmental, social and governance goals, as well as capital deployment and public policy efforts.

TPG founding partner and Executive Chairman Jim Coulter is managing partner of TPG Rise Climate, and former US Treasury Secretary Hank Paulson serves as executive chairman of the fund, which started in 2021. Jennifer Jenkins, a recipient of the Nobel Prize for her work on climate change, is serving as Rubicon’s chief sustainability officer.