The size and type of defaults that have occurred in China in recent times indicate that the notion of “too big to fail” may no longer apply to the nation’s borrowers, according to Goldman Sachs Group Inc.

There has been a noticeable up-tick in defaults by Chinese state-owned enterprises since late 2019 and some of the borrowers that have failed to repay debt recently such as China Fortune Land Development Co. have had large amounts of outstanding bonds, analysts including Kenneth Ho wrote in a report dated Friday.

“Even for large corporates or for state-related entities, policy makers are much less willing to extend support,” Goldman Sachs analysts wrote. “Policy makers are now less likely to conduct full bailouts than compared with the past.”

Concerns about the financial health of state-backed bad debt manager China Huarong Asset Management Co., which has about US$21 billion in outstanding U.S. currency notes, have shaken the Asian dollar bond market since April after its failure to release financial results triggered speculation about a potential debt restructuring. While the treatment of recent distressed cases in China indicates a waning of implicit government support for borrowers, it doesn’t mean that there’s no government backing, according to Goldman analysts.

Whether or not the government offers support will likely be influenced by the need to prevent systemic pressures from emerging and to limit contagion from any spikes in credit stresses, Goldman analysts wrote. While systemic problems are unlikely to arise, idiosyncratic credit risks are likely to stay elevated, they wrote. 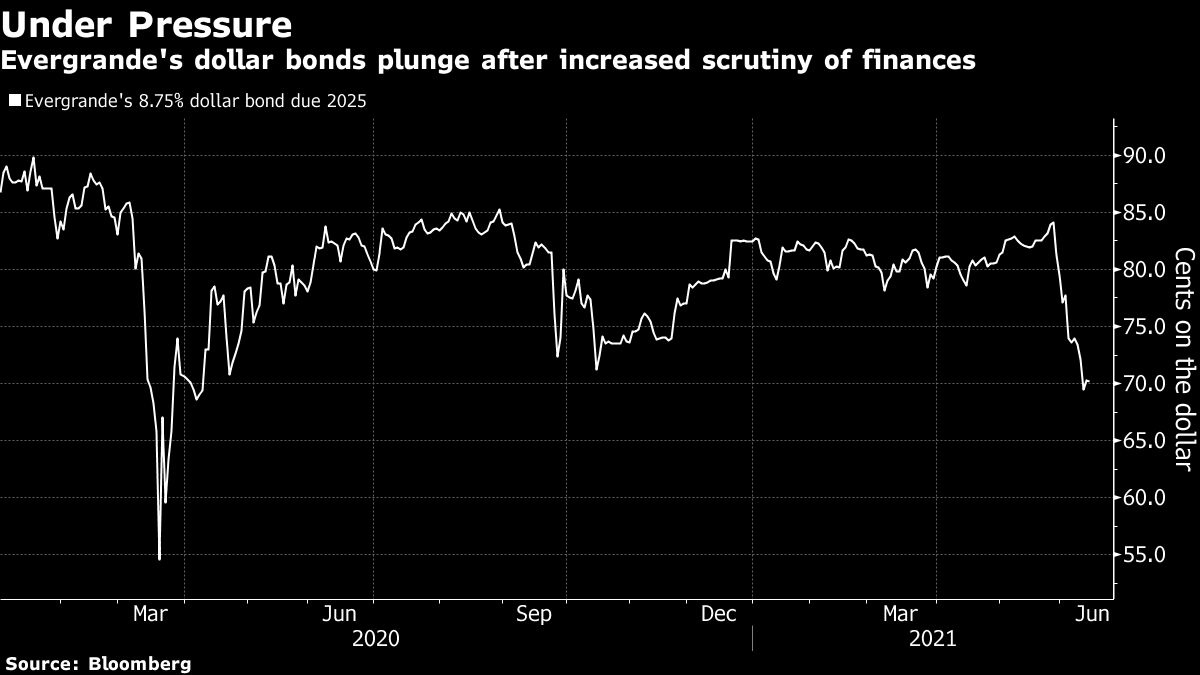 Official support in China hasn’t been limited to state-owned firms, and local governments in the past year have also stepped forward to help private enterprises, including property developer China Evergrande Group, according to Goldman analysts. Entities backed by city governments in Guangdong province came forward last year to buy equity in a unit of Evergrande at a time when Asia’s biggest issuer of junk dollar bonds was facing liquidity strains.

After successfully navigating financial stresses in the second half of 2020, Evergrande’s dollar notes tumbled recently again after a report that regulators are probing its ties to Shengjing Bank Co., a lender in which it owns a stake. Evergrande has said its dealing with the bank are compliant with Chinese law.

Concerns about some Chinese high-yield property names will likely stay elevated in the near term, according to Goldman Sachs analysts.