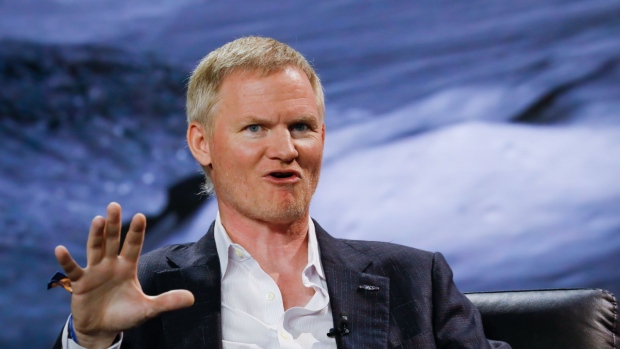 (Bloomberg) -- There’s a lot going on in crypto following the collapse of the FTX exchange. But traders’ focus has in recent days turned to the price disparity between Bitcoin and a derivative of the largest cryptocurrency.

Wrapped Bitcoin, or wBTC, is backed 1-to-1 by the token, which is held in custody by the digital-trust firm BitGo. The offshoot normally trades on par with the original token but had over the past few days traded at a discount to Bitcoin.

Mike Belshe, chief executive officer of BitGo, spoke with Bloomberg News on Tuesday about wrapped Bitcoin, the state of crypto markets and more. The following is an edited version of the conversation:

A:  It’s pretty clear there’s been a big brouhaha around nothing. Wrapped Bitcoin is a token on the Ethereum network, which is backed 1-to-1 by Bitcoin that’s owned by a DAO and then custodied by BitGo. You can go to wBTC.network. With wrapped Bitcoin, because the Ethereum token is in a smart contract, it’s verifiable on-chain right now mathematically. Additionally, the Bitcoin is also a digital token, so we can add all those up  -- you can see that on wBTC.network in real time exactly how many tokens are available on the Ethereum network and exactly how many Bitcoins are held in cold storage custody.

There hasn’t been any challenge to this proof of reserves -- it’s solid. A lot of people don’t understand some of the technicals around it and we see some of that on Twitter this last week.

Q: How frustrating has it been to deal with Twitter rumors, things swirling online?

A: One of the troubles we’ve had in the asset class is too much speculation on, frankly, some really unworthy projects -- and people don’t necessarily understand the assets they’re speculating on. I’m not talking about wrapped Bitcoin, but it makes, especially crypto Twitter and some of the retail markets, susceptible to misinformation. I definitely do think we’ve had too much speculation and we could use some clean-up in the industry about that.

(Corrects story that ran Nov. 30 to remove an inexact reference to wrapped Ether by Belshe in the final paragraph.)