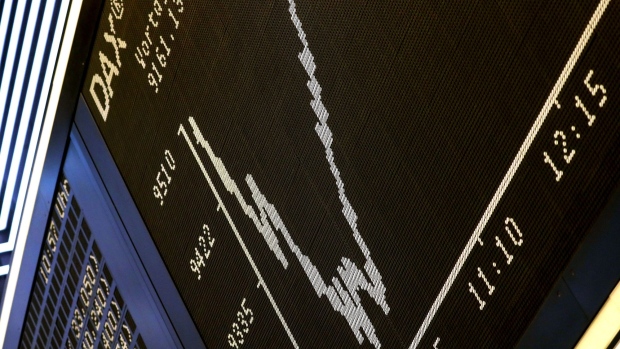 European equities, enjoying a rare streak of global outperformance, just got a strong seal of approval from the largest exchange-traded fund focused on the region.

The Vanguard FTSE Europe ETF saw inflows of US$242 million in the last session for which Bloomberg has data, the biggest single-day inflow since June 2017. It’s the latest confirmation of money pouring in to back the region’s stock rally that has recouped more than half the losses seen in the aftermath of the coronavirus outbreak.

European equities are beating U.S. peers in August. Boosting investor sentiment have been massive stimulus programs and bets that the spread of the coronavirus will be better contained. While the early part of the region’s rebound was unaccompanied by inflows, that’s starting to change.

The region’s stock funds received about US$2.1 billion across three consecutive weeks, before seeing outflows last week, according to EPFR Global data. And the likes of BlackRock Inc. and Eaton Vance are favoring the region.

Another major factor in shifting investor preference toward European equities has been the U.S. dollar’s recent weakness and the strength of the euro. 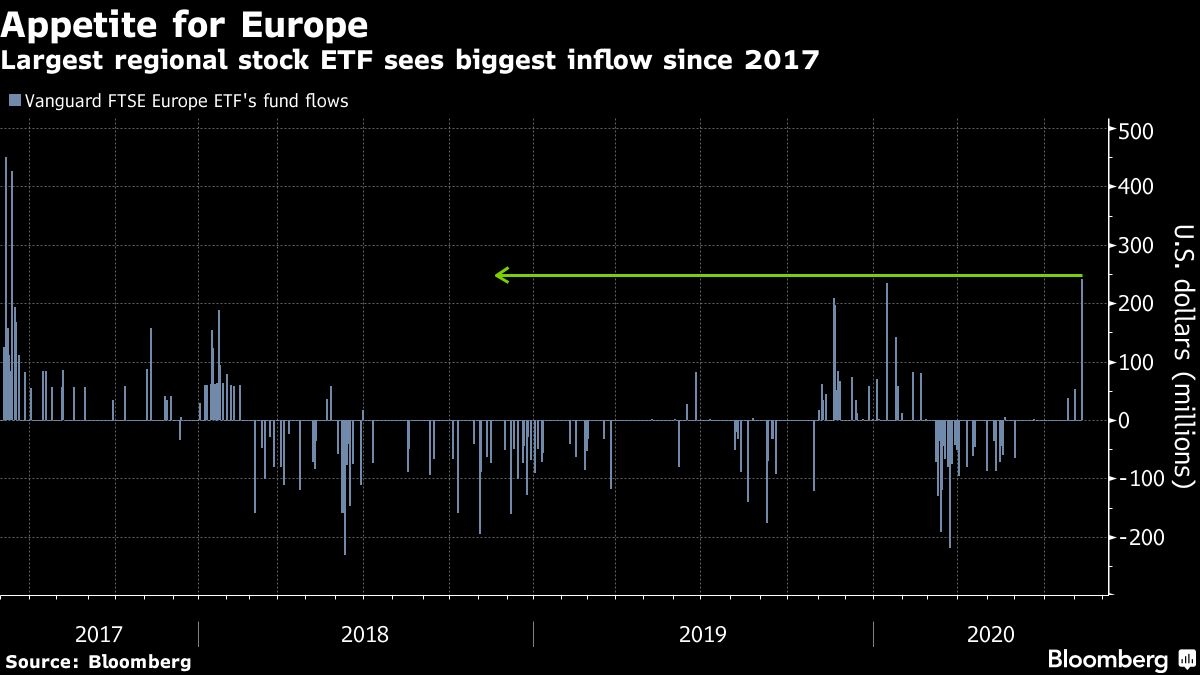 “The shifting pandemic and restart dynamics in the U.S. and Europe have helped weaken the dollar and strengthen the euro, underpinning our overweight on European stocks and caution on their U.S. peers,” BlackRock strategists led by Mike Pyle said in a note on Tuesday. “The creation of the European recovery fund, and its upcoming issuance of pan-European bonds, has been a boon for the euro. The situation in the U.S. appears less encouraging.”

BlackRock strategists expect the U.S. dollar to continue to weaken as negotiations over the next round of stimulus have dragged on and as coronavirus cases continue to rise in parts of the country.