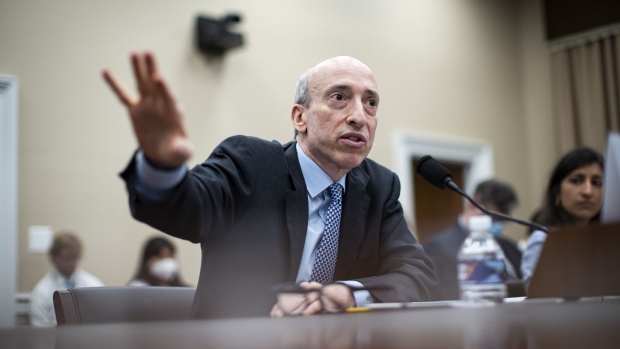 (Bloomberg) -- Pay for top executives at US companies will face more scrutiny under a new rule from the Securities and Exchange Commission.

Publicly traded firms will have to disclose additional details about how senior managers are paid, including performance incentives, the SEC said on Thursday. The regulation, which had long been delayed, aims to clarify ways that company’s financial performance impacts an executive’s pay, according to the agency.

Shareholder advocates have for years sought greater disclosure around executive pay, arguing that it should correspond to how well a firm is performing financially. Disclosures, they say, typically don’t provide enough detail for investors about the incentives that often make up a large chunk of top managers’ overall compensation.

Companies now will have to start detailing the link between executive compensation and returns that investors make from holding corporate stock. The metric, known as total shareholder return, will help investors determine a company’s performance, according to the SEC.

“Today’s rule makes it easier for shareholders to assess a public company’s decision-making with respect to its executive compensation policies,” SEC Chair Gary Gensler said in a statement.

Gensler joined the agency’s two other Democrats in supporting the plan, while the SEC’s two Republicans voted against it. GOP Commissioner Hester Peirce said in a statement that the new regulations “could drive compensation decisions instead of simply informing investors about how companies make those decisions.”

Companies have expressed concerns that the new disclosures would give investors the wrong impression of their pay practices by misconstruing the links between company performance and executive compensation. About 30 compensation-related proposals went to a shareholder vote during the 2022 proxy season, according to Bloomberg Intelligence data.

The rule, which was required in 2010 by the Dodd-Frank Act and last proposed in January, would make companies put in financial filings: