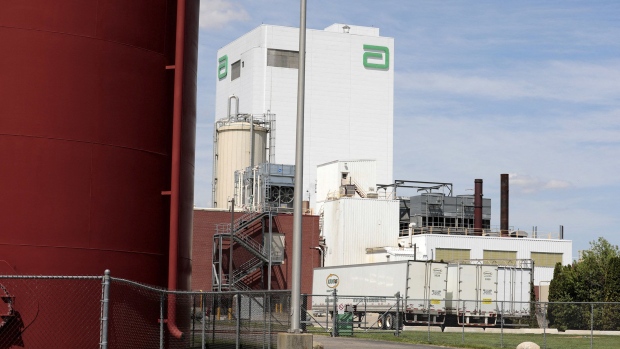 (Bloomberg) -- A leading House Democrat plans to grill the Food and Drug Administration’s chief about plans to reopen an Abbott Laboratories infant formula plant without first addressing a whistle-blower’s allegations.

House Appropriations Chairwoman Rosa DeLauro said she wants to know why FDA Commissioner Robert Califf entered an agreement that will allow formula production to resume at Abbott’s plant in Sturgis, Michigan. While Abbott is facing fallout from sickness in four babies given infant formula in recent months, DeLauro is concerned that the agency hasn’t dealt with the whistle-blower’s report of earlier quality lapses and falsified records at the company’s plant.

“They lied,” DeLauro, a Connecticut Democrat, said in an interview Wednesday. “They knowingly sold a product that was contaminated. I want to know the reasons why the FDA thinks it’s safe enough to reopen.”

Abbott said in a statement that it’s still reviewing the whistle-blower’s report and the former employee “was dismissed due to serious violations of Abbott’s food safety policies.”

“We empower our employees to identify and report any issues that could compromise our product safety or quality, which comes before any other considerations,” the company said.

In a hearing Thursday, DeLauro will get a chance to question Califf on a key point in the nationwide shortage of infant formula that’s rocked both parents and Congress. While formula makers say the pandemic disrupted their supply chains, the closure of the Abbott plant amid a major recall earlier this year made the shortfall a crisis, prompting President Joe Biden on Wednesday to invoke the Defense Production Act to boost supplies.

The hearing where Califf is scheduled to appear is focused on FDA’s fiscal 2023 budget request. His opening statement on the committee’s website mentions infant formula only once.

Abbott has been under scrutiny since four babies who consumed formula made at its plant were infected with cronobacter, and two of them died, leading to the recall. The FDA said it was no longer investigating reports of illnesses linked to the product, without providing information on what it found.

Abbott has said there’s no conclusive evidence linking its products to the infections, and analysis of the bacterial strains that sickened infants doesn’t match those found in its plant.

The whistle-blower, an anonymous former Abbott employee, claimed that during a 2019 inspection, plant workers kept FDA staff from discovering evidence regarding a batch of formula that had tested positive for microorganisms. Abbott workers destroyed a portion of the batch without testing the rest before it was distributed, according to the report.

The former employee described a culture of cronyism at the plant that turned a blind eye to many problems, including an ongoing issue with seams in cans of infant formula. Powdered formula sometimes appeared in the seams of cans at the plant, meaning they weren’t sealed tight, allowing moisture and bacteria to enter, according to the report.

More recently, the agency didn’t send inspectors to Abbott’s plant until the end of January and then recalled formula made there in February, five months after the agency was alerted to the first case of a sickened infant. DeLauro has asked the Department of Health and Human Services Inspector General to investigate the FDA’s response to the situation.

DeLauro released the report shortly after receiving it last month. The agency hasn’t given her an update on whether it’s made a determination about the allegations, she said.

The FDA declined to comment on its assessment of the allegations because they’re part of a commitment the agency has made to evaluate its policies around illnesses and recalls related to infant formula once the immediate crisis around supply is resolved, Tara Rabin, a spokeswoman said.

Califf may also face questions about a routine FDA inspection of the Michigan plant that began Sept. 20, the same day Minnesota officials reported the first infant sick with cronobacter to the agency. Inspectors found records detailing five instances of positive tests for cronobacter in environmental, non-food samples from the plant from January 2019 to August 2021, according to a detailed inspection report obtained by Bloomberg.

They also reported that Abbott had found cronobacter in finished infant formula in 2019 and 2020. The September cronobacter findings weren’t included in a summary of the inspection the FDA released publicly.

The Centers for Disease Control and Prevention closed an investigation into the four cases and Abbott’s formula on May 12, saying that no further infections had emerged. Califf said Monday that it was too early to tell whether there’s a link between the product and the illnesses.

“There are many factors involved in this investigation and we’re just not in a position yet to make any definitive statements,” he said. The FDA said April 1 that it set up an incident management group to work on supply-chain and food safety issues.

The agreement reached Monday with the US will allow Abbott to resume making formula in Michigan under stepped-up oversight, once the FDA gives its okay. The company said then that it anticipates restarting the plant in two weeks, and that it would take six to eight weeks to get formula made there on stores shelves.

DeLauro said she’s sure she isn’t the only member with formula-related questions for the FDA chief.

Califf is also set to face lawmakers May 25 at a House Energy & Commerce oversight panel hearing investigating the FDA’s slow response. An Abbott executive is also scheduled to testify before the panel the same day as well as executives from the other two main infant formula suppliers in the US, Reckitt Benckiser Group PLC and Nestle SA.